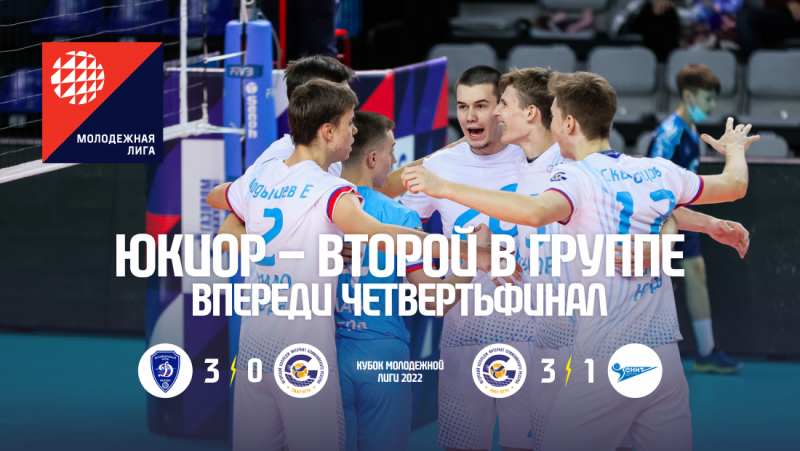 YUKIOR finished the group stage of the MVL Cup in Nizhnevartovsk with a victory over Zenit-2 from St. Petersburg 3:1. After the defeat the day before from Dynamo-Olympus 0:3 and the victory of "Zenith-2" over "Belogorye-2" (3:1) This was, in fact, match for second place in group A. The game was extremely difficult. Having exchanged victory in the first two sets with the same score 25:19, opponents entered the clinch Read more » 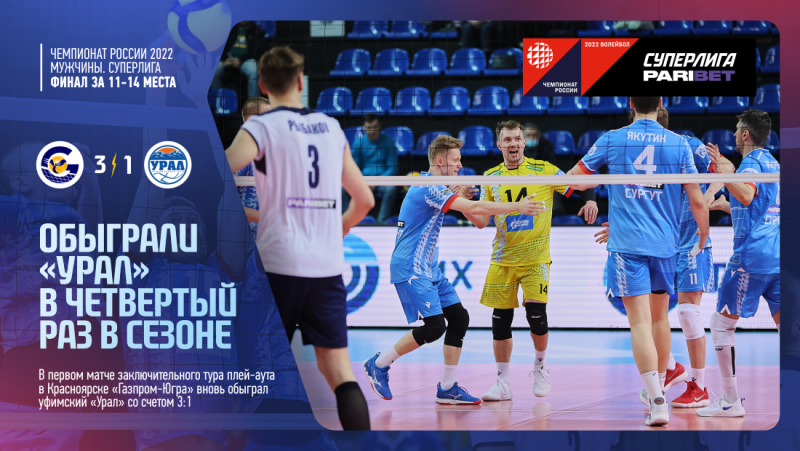 In the first match of the final round of the play-out in Krasnoyarsk, Gazprom-Ugra again beat Ufa Ural with a score of 3:1. Maxim Shemyatikhin appeared in the starting lineup of the opponent instead of Evgeny Rybakov in the diagonal and immediately landed in the single block of Kirill Kostylenko, 4:1. Another block to Maxim - 6:2. Yegor Yakutin rages on the net, closed and Demakov, and Gutsalyuk (11:6), and Read more » 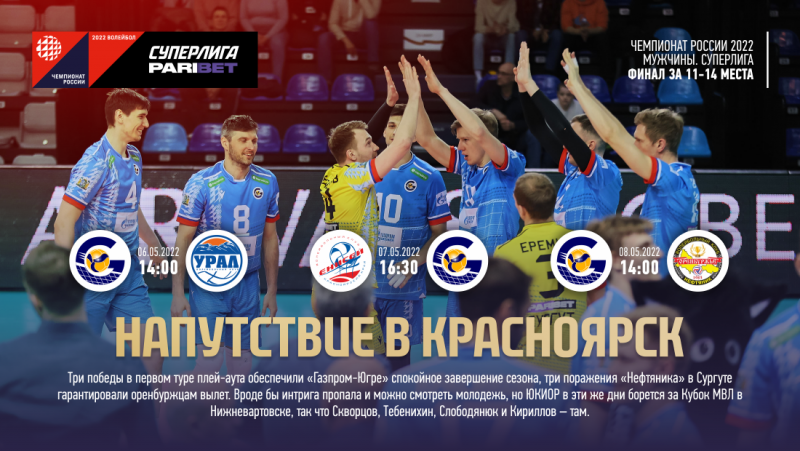 Three victories in the first round of the play-out provided Gazprom-Ugra with a calm end to the season, three defeats of "Neftyanik" in Surgut guaranteed the relegation of the Orenburgers. It seems that the intrigue is gone and you can watch the youth, but YUKIOR on the same days is fighting for the MVL Cup in Nizhnevartovsk, so Skvortsov, Teenihin, Slobodyanyuk and Kirillov are there. Besides: what mood did you come to Read more » 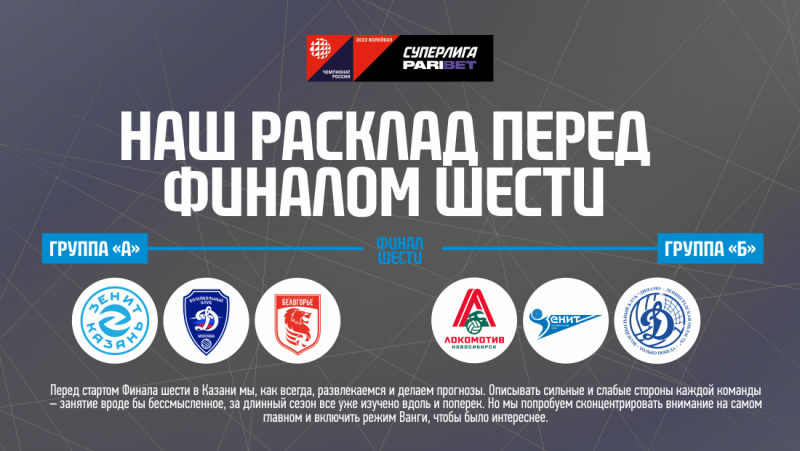 Before the start of the Final Six in Kazan, we, as always, have fun and make predictions. Describing the strengths and weaknesses of each team seems to be a pointless exercise, for a long season, everything has already been studied up and down. But we will try to focus on the most important thing and turn on Vanga's mode, to make it more interesting. Group A The most powerful weapon - Read more » 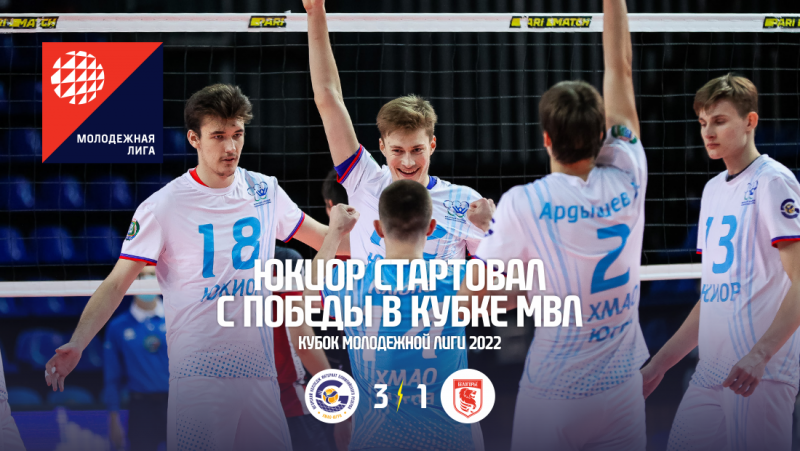 The Cup of the Youth Volleyball League started in Nizhnevartovsk, which will be played by eight teams. The first three days of the tournament will be held in two groups, and then we are waiting for an exciting stage of the playoffs, starting from the quarter-finals. In the first match of the MVL Cup, the affiliated team of Gazprom-Ugra - YUKIOR, beat Belogorye-2. Our guys groped for their game in the first game (16:25), and then got stronger Read more » 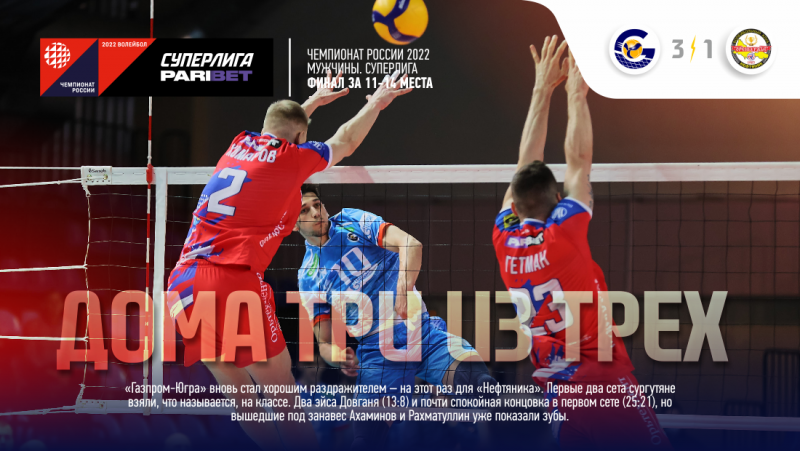 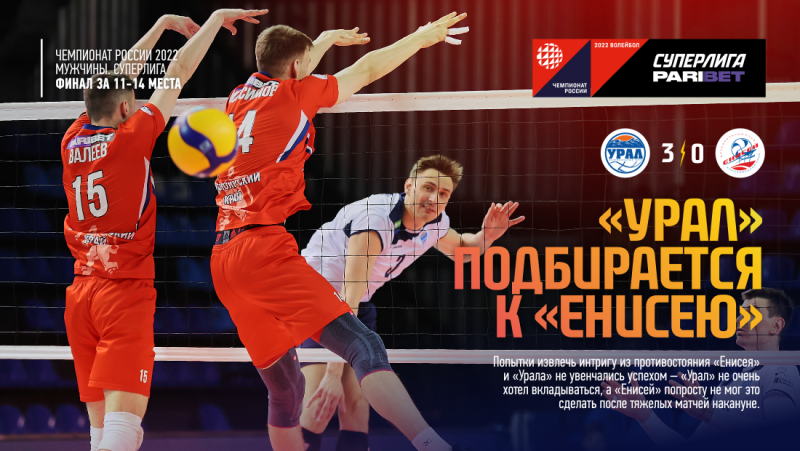 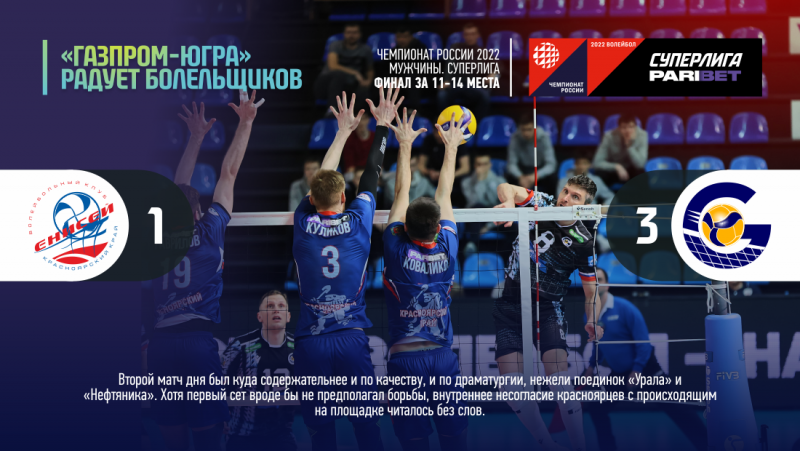 The second match of the day was much more meaningful and quality, and dramaturgy, than the duel between Ural and Neftyanik. Although the first set did not seem to involve a fight, the internal disagreement of Krasnoyarsk residents with what is happening on the site was read without words. And that happened, what the hosts showed in the debut of volleyball of a fairly high level, and the guests made a lot of mistakes. Not at ease Read more » 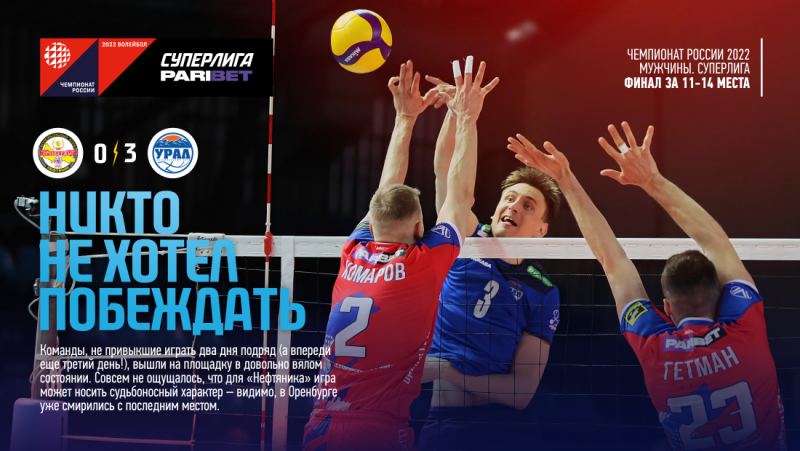 commands, not used to playing two days in a row (and there is still a third day!), came to the site in a rather lethargic state. Didn't feel at all, that for "Neftyanik" the game can be fateful - apparently, in Orenburg have already come to terms with the last place. Instead of Dmitry Yakovlev, Ilnur Rakhmatullin appeared in the diagonal, and the first set went with an overwhelming advantage of "Ural". Read more » 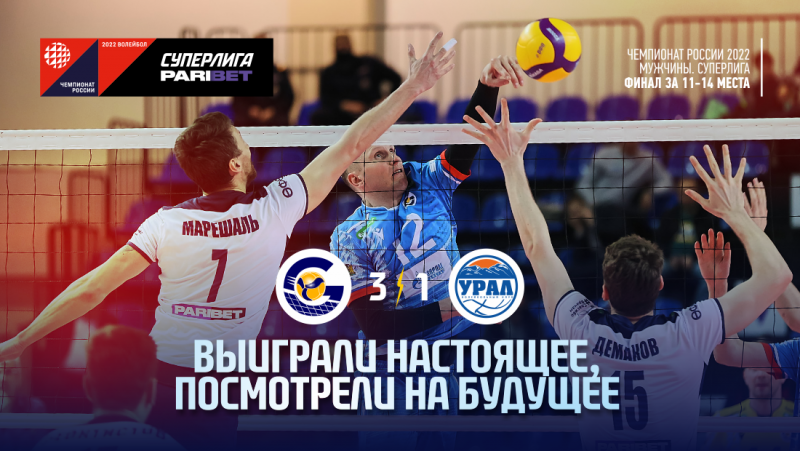 that Verbov knows the opponent from the inside and will sort it out to the bone, these would be passions - yes in the playoffs! commands, fighting for survival, shown in Surgut, what is it like to fight to the last. About the first meeting, in which Neftyanik lost even the theoretical chances of leaving the last place, can be read here, but also the second pair of commands, entered the Premier Arena, was no less interesting.. At Gazprom-Ugra and Ural Read more »