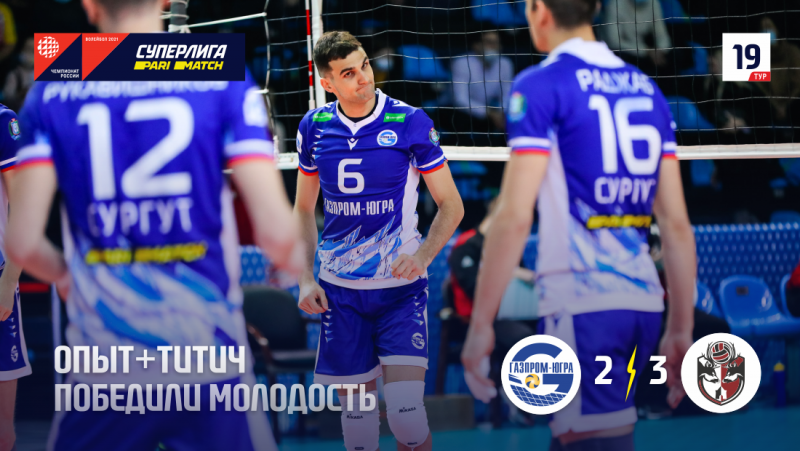 Gazprom-Yugra staged another thriller, losing on the "flag" to the Nizhny Novgorod ASK. The game started with two aces of Dovgan, Fialkovsky, and the opponent was just waking up - 11:5. Having adjusted the flow, Volzhans pulled up a little in the account, but Gazprom-Yugra acted as a clear mechanism and brought the matter to success, 25:18 after the attack by Shahbanmirzaeva. The hosts also started the second set cheerfully, covering the Viecki block Read more » 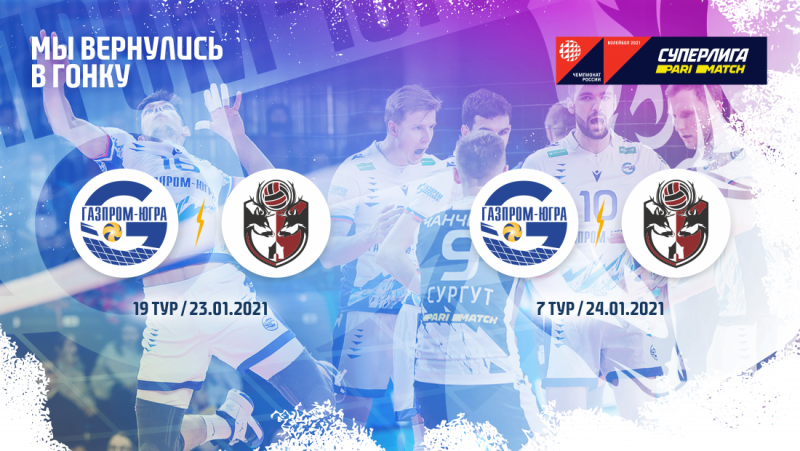 We're back in the race

This weekend we have a third consecutive double weekend, in which Gazprom-Yugra has good chances to replenish the reserve of victories and points. But it will be hard. And when it was easy? It was definitely not easy with ASK - last season we lost twice to Nizhny Novgorod in tie-breaks. maybe, it's time to pay off debts. In the camp of our rivals for a year Read more » 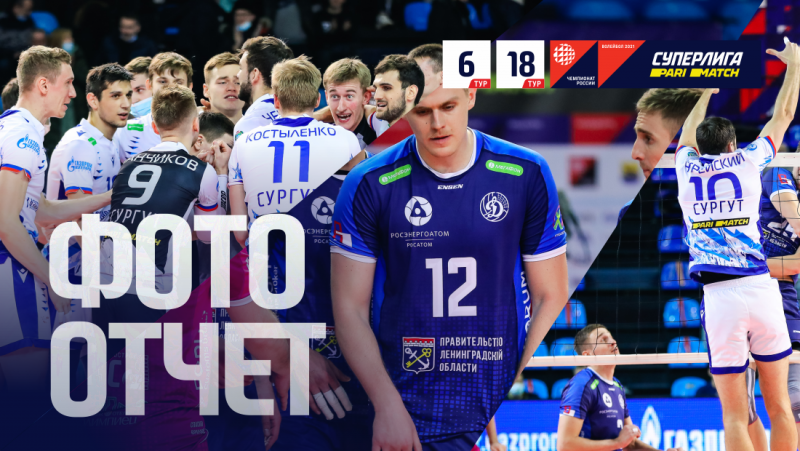 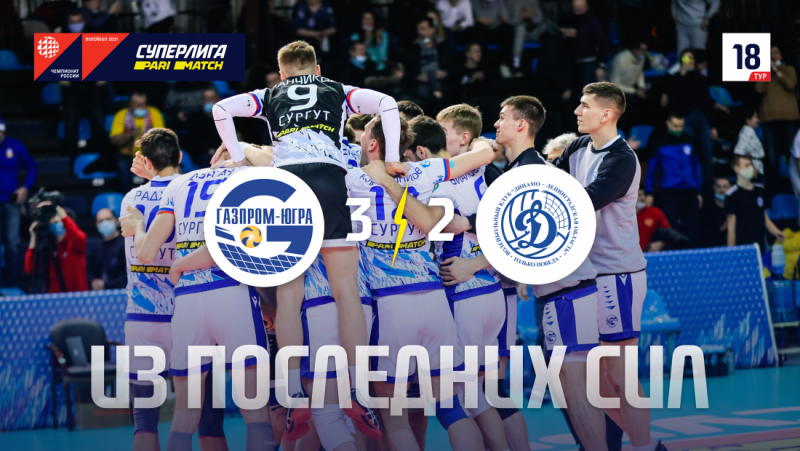 With the last bit of strength

In the dramatic ending, Gazprom-Yugra managed to save the game and deservedly earned the fifth victory in the last six matches. And it all began, just like a day ago, from the swing. In the opening, the hosts were leading most of the set, but allowed themselves to be overtaken at the mark 20:20. Melnikov won a key point with a short serve (21:23) and the pine fighters through the efforts of Alekseev and Biryukov put the squeeze on Read more » 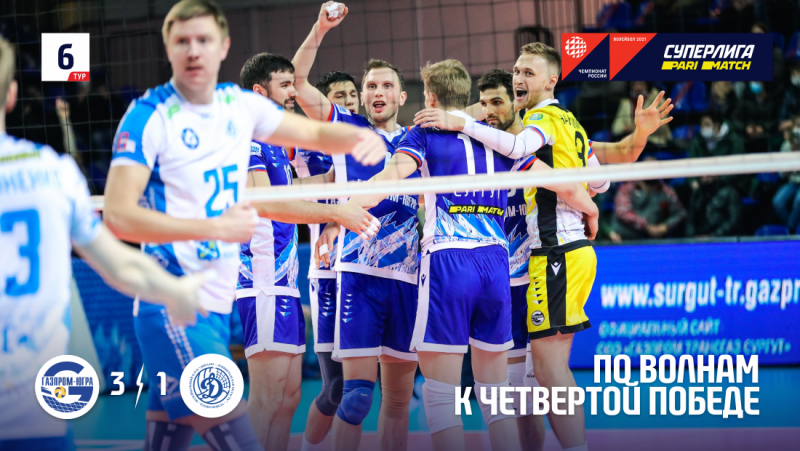 On the waves to the fourth victory

The postponed match of the sixth round between Gazprom-Yugra and Dynamo-LO was going in waves - big and not so. To begin with, the opponents launched two giant waves in the first two sets.: debut remained with the hosts 25:19, and then the guests added in the serve and took the first pace of the Surgut, mirroring the account 19:25. In the third game, the emerging wave of Dynamo-LO after the ace of Nikita Alekseev Read more » 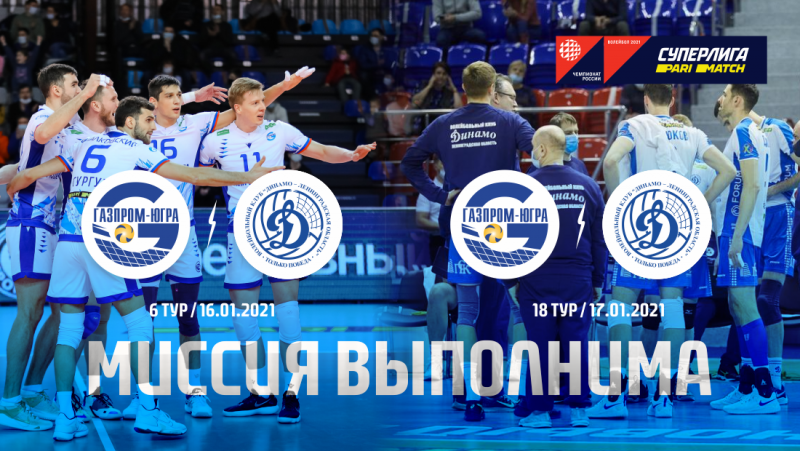 This weekend the mission of Gazprom-Ugra is to try to beat its guests from Dynamo-LO in the standings. To do this, you just need to beat the pine fighters twice, one win in two matches will keep the status quo, but we won't even talk about defeats. This mission is quite feasible, although certainly difficult - simple games, as we have seen recently with Read more »

Gazprom-Yugra "took a difficult revenge from" Neftyanik "for the defeat the day before. At the start of the fight, Vladimir Vikulov rotated yesterday's squad, releasing at the base of Moroz and Panov. Pavel immediately received three blocks, due to what the owners went into the lead, 6:3. If Surgut residents made less mistakes in serving, the gap would surely be big, but seven points presented to the opponent and Read more » 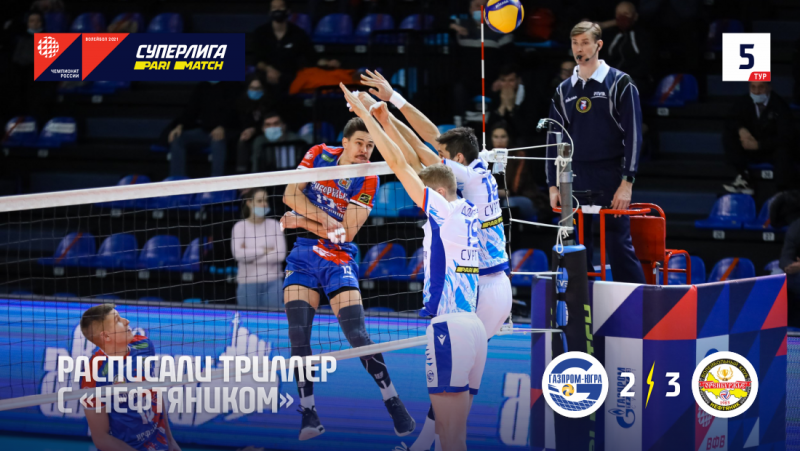 Painted a thriller with "Oilman"

Gazprom-Yugra "and" Neftyanik "in the postponed match of the fifth round gave a real thriller. The hosts left their debut set, playing cleaner on the set and taking breaks due to playing on the block and two aces of Rajab Shakhbanmirzaev, 25:20. In the second batch, "Neftyanik" noticeably added on the feed, and to solve emergency problems, the Surgutyans did not have enough resource, now already Read more » 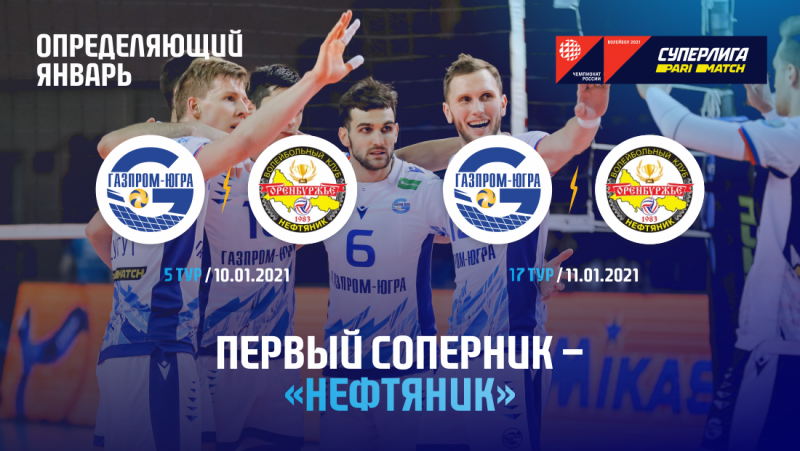 In the next two days, sunday and monday, Gazprom-Yugra will hold the first of three home paired series, in which, not without reason, expects to get hold of much-needed victories and points. 10 and 11 January, our rival is the debutant of the Super League Orenburg "Oilman". Debutant is a conditional concept for this team. "Oilman" recently left the highest volleyball world, yes and command Read more » 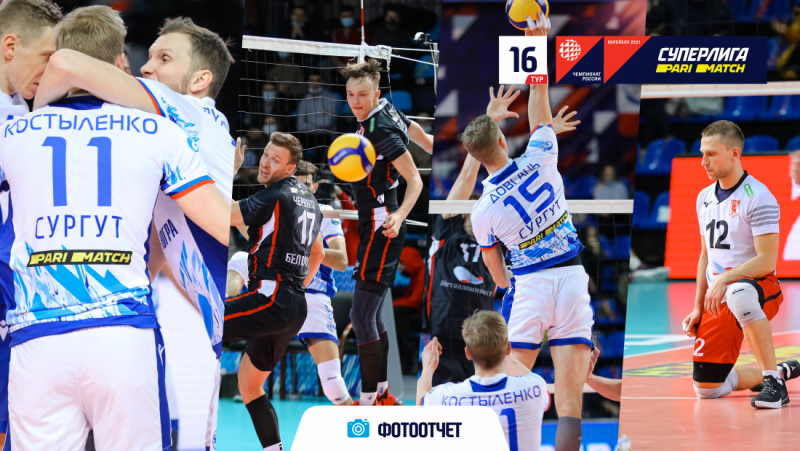