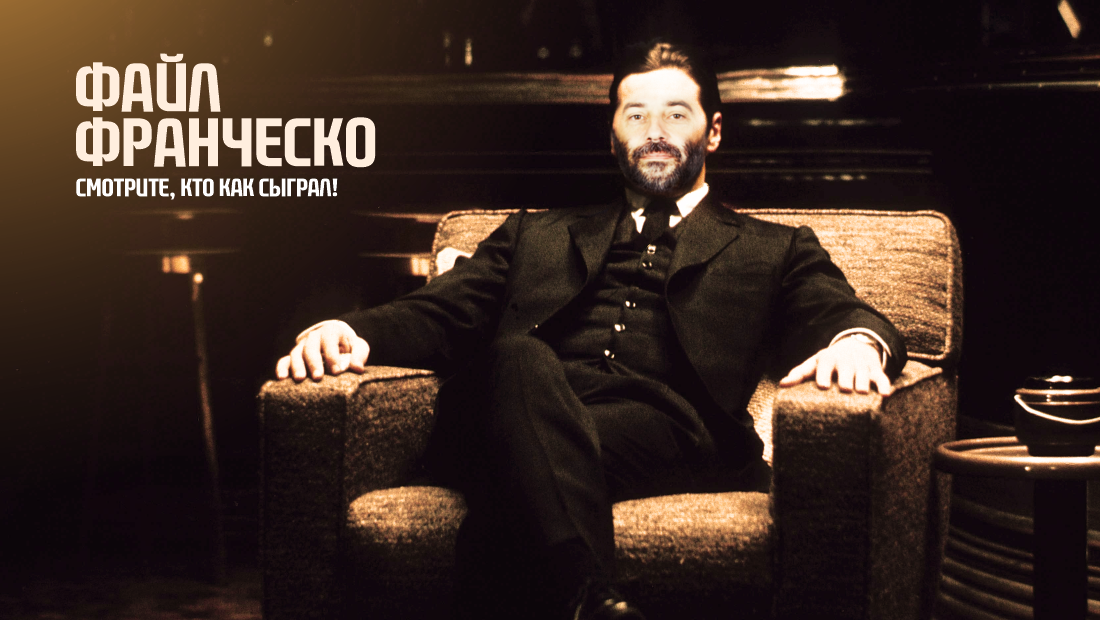 Francesco File. See, who played how!

Many thanks to the coach of Kuzbass Francesco Oleni, which issued 75-page document with a detailed analysis of the past national championship. That's all - and team performance, and individual, statistics and for individual items, and game situations. It will not be easy for a non-specialist to figure out a large amount of numbers. I'm not a specialist either, but tried to pull the most, in my humble opinion, interesting.

for example, Gazprom-Ugra is in the third place by the points scored for the championship ... (1713 points). Only more at Lokomotiv (1737) and "Torch" (1735). clear, what indicator, rather, talks about the number of sets, but nonetheless. In fairness - by the points we lost, we are in the “honorable” penultimate place (1775), only ASK lost two points more.

But back to the talking numbers. The best Super League team in the reception - Lokomotiv (49,1% positive reception), the worst - the metropolitan Dynamo ( 39,4%). Due to what did Dynamo take fourth place? We look - they have the second result on aces, good implementation of replay and reliable block.

from, what surprised: the second indicator of ASA in admission (however, Melkozerov and Markin played perfectly). And Nizhny Novgorod “flew” beyond the boundaries of the playoffs, surprisingly, due to poor play in the games and on the block. Weird, since the gaming impression of ASK was just that, what is it tenacious, uncompromising team - i.e.. successfully organizing and completing the game.

But excellent performance in the replay of Dynamo-LO – 44,7 percent breaks implemented, third league result after Kazan “Zenith” and “Locomotive”! Also attracts a set of achievements of Kazan: they are the best in attack and serve. Petersburg “Zenith” took a palm on the block when removing an opponent, and Lokomotiv was better than others in pre-game situations.

In short and very primitive, but clearly: the duel of Lokomotiv and Zenit-Kazan is a duel of reception and block against attack and serve. Who has won, we all know. And what about Gazprom-Ugra? We have the worst league score in terms of extraction points, about what, by the way, mentioned Rafael Habibullin in his interview.

Reception Summary, the attack and the plus or minus block correspond to the place occupied by the Surgutians in the standings. Is that low attention (third from the end) blocking indicator on break balls. Well, in general - we lost to Dynamo LO following us in all statistical indicators, in addition to the effectiveness of the game on the rent (attack + block). But they won in separate elements against Belogorye and Yenisei going ahead.

All this suggests, what statistics are statistics, and the game is much more complicated. Important here, what elements of the team erupted in each individual match, thanks to what happened (as far as a particular opponent allowed to play?), how the endings were played. it happens, that you look at the statistics of a single match - and you can’t believe your eyes: the winning team played with worse performance! After all, you can concede in one set 6:25, and in another win - 32:30, and the weight of these parties will be the same. Here and psychology, and physiology, and curves of pits and peaks of shape, which can overlap or go in antiphase ... In general, very, very much!

Therefore, the most objective table is that, which is called tournament.

On the pitch, the advantage is on the side of the “siloviks” – Zhigalov, Abaev, Poletaev, Surmachevsky, The gossip top the rating on the percentage of break points earned on their feeds. I will explain, that the rating does not take into account the number of innings: eg, in Abaeva them all 74, but the percentage of break points from them - 42,2. Great potential! And here is the best bowler of the tournament Georg Grozer - only in the fifteenth place in terms of effectiveness, 13 percent of all innings came in aces, 26 - for errors. 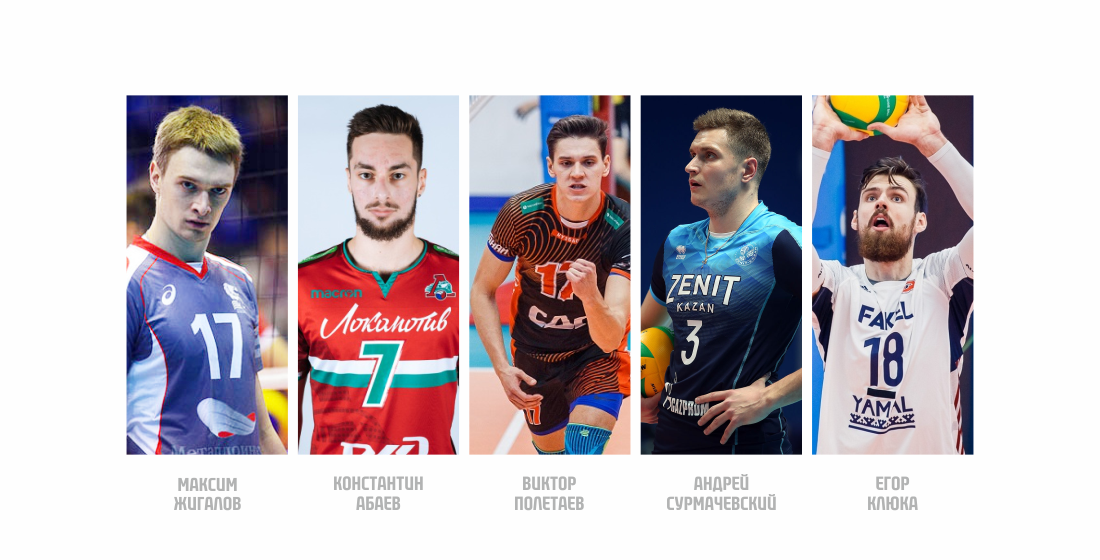 But also by the fleet, I mean a glider, great things can be done - here in the first lines Dmitry Kovalev, Pashitsky, Likhosherstov, Tenants, Kosmin, Petrovs, Kovalikov, completely central strikers and setters. 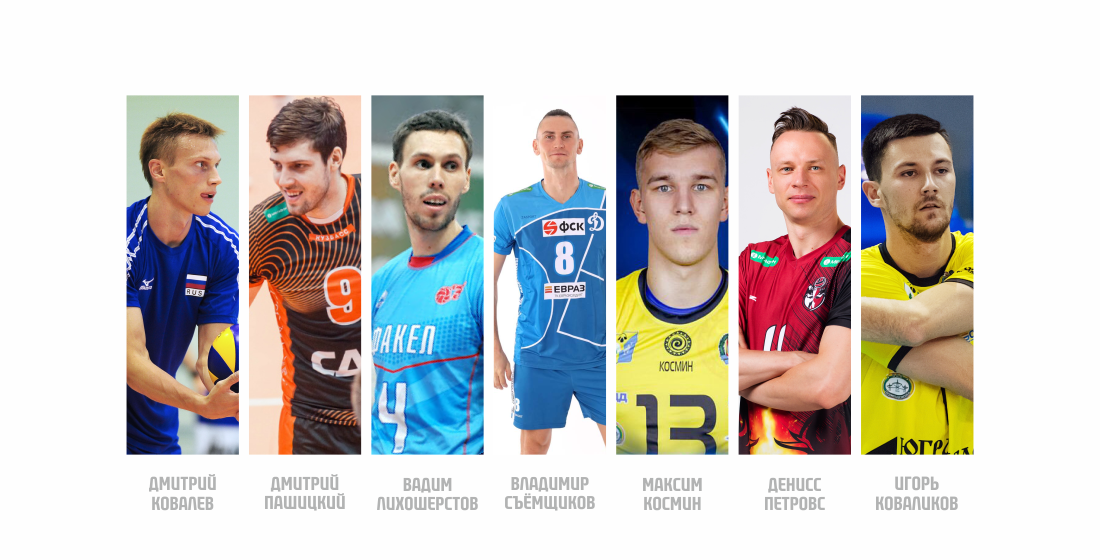 In the proposed tables there is also an assessment of the actions of binders - on the implementation of attacks from their transfers in certain circumstances. Overall, this is a pretty controversial indicator., because the binders in different teams interact with different attackers, and game situations are far from standardization. It makes sense to compare the ligaments inside the team, which was done.

So, in Gazprom-Ugra indicators Artema Khabibullina look a little better on pick, therefore u Evgenia Rukavishnikova big advantage in replay. Sergey Antypkin in “Torch” in aggregate looks better Igor Kolodinsky, in Sventickis in “Dynamo” everything is sad with the game - and against the background Pankova, and in general. Abaev looks slightly better Jizzie (of course, take into account the time spent on the site), a Laurent Alekno suddenly bypasses Alexandra Butko and in the game to rent, and doigrovku (again, key parameter - time on site). And that, Dmitry Kovalev a bit better Konstantin Poroshin. 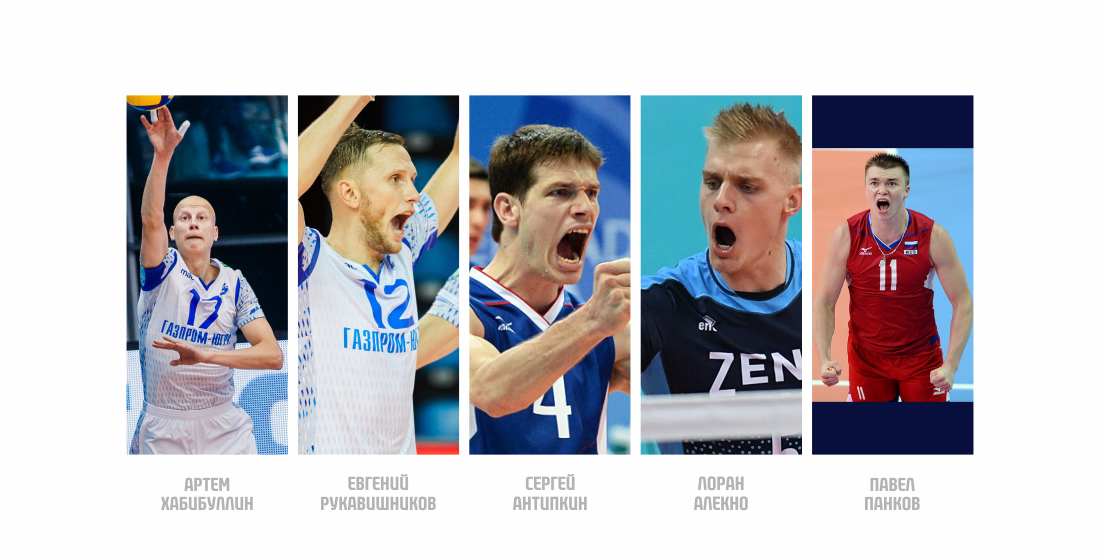 A lot of words were said about the leading role. Macheya Musa in the game "Gazprom-Ugra". In absolute terms, he attacked noticeably more than anyone else, not only in the team, but also in the league, which is not for the better affected performance indicators. His picking efficiency is the sixth in the Super League (after Kruglov, Mikhailova, Sokolova, Poletaeva and Wendt), in the pre-player - the tenth (ahead Bakun, Hrozer, Fishermen, Wheelwright, Poletaev, Zhigalov, Kruglov, Shkulyavichus and Father). 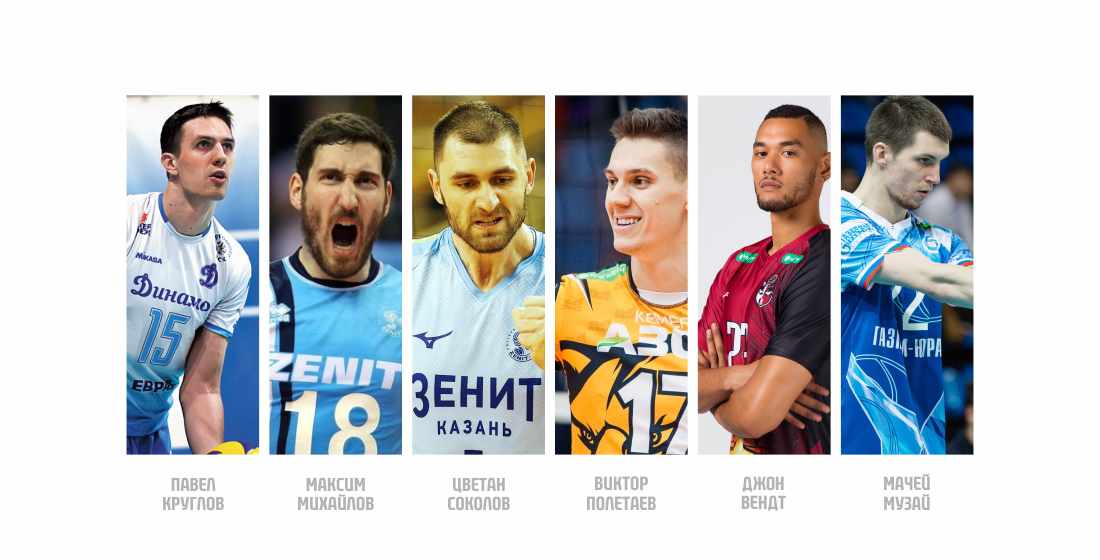 The best replayer on the move - Surmachevsky, but the number of attacks (41) gives no reason to consider its effectiveness representative. Next come Cameho, The gossip, Bogdan, Penchev, Deru - much more loaded players. The best in the game - rightfully Sergey Savin, the second - Dmitry Leontiev - also few attempts (40), on the third place Erwin Ngapet. Further - Derulo, Ivovich, Skrimov. Best at Gazprom Ugra Kirill Kastylenka - 22nd on pick and 23rd in replay. IN Alexandra Boldyreva better removal rate, but, yet again, not enough attempts for objective comparison. 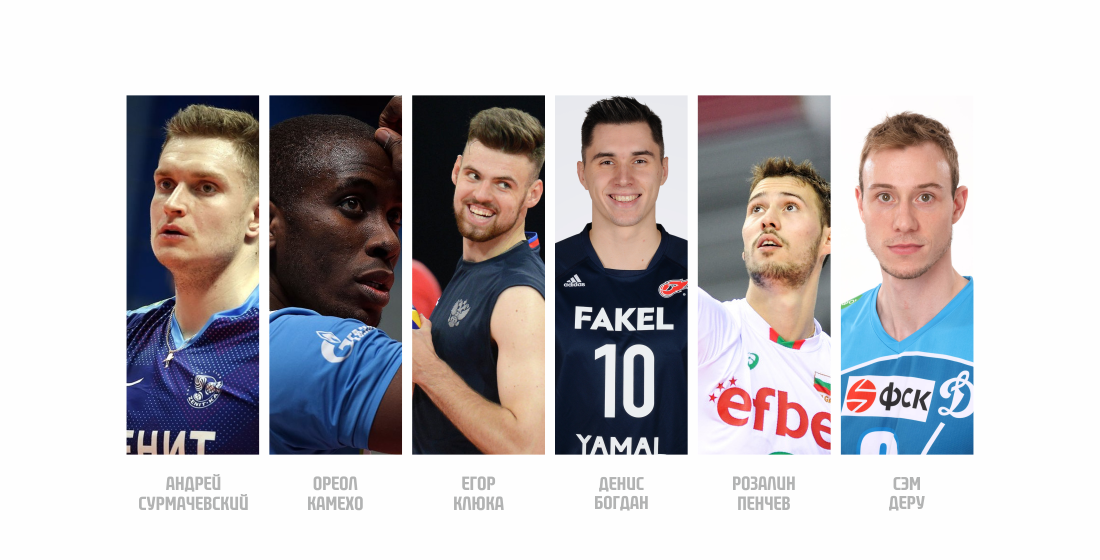 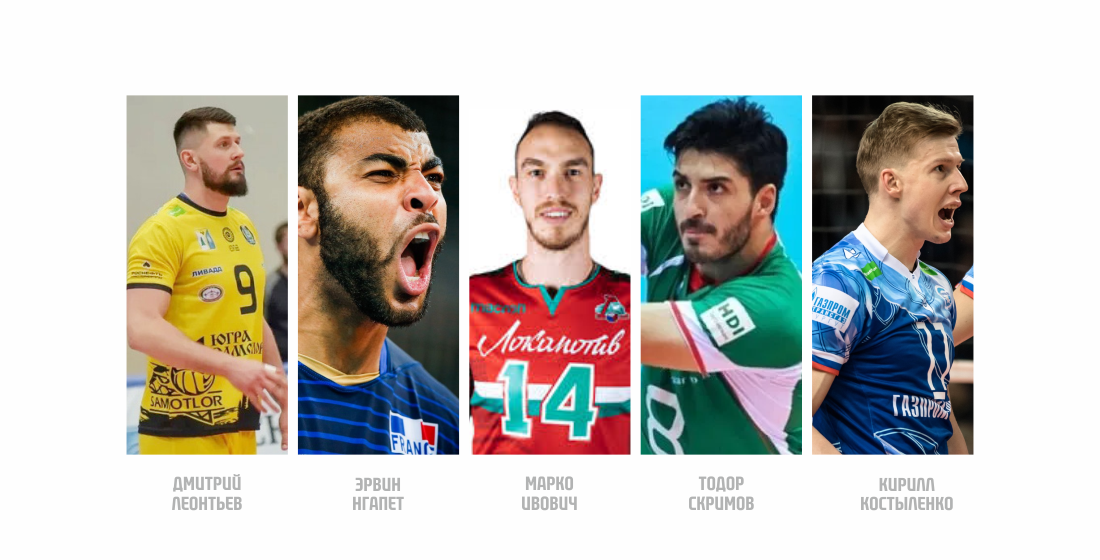 Blocking efficiency calculated as individual action, so on the group block: there are no equal Maxim Kulikov, which the, yet again, tried to stop not many attacks - 222. for comparison, second on the list Maxim Cosmin evaluated by 754 actions. Further - Scherbynyn, Shcherbakov, Worms, Stulenkov… Denis Chereiskaya - 24th, Oleksiy Pluzhnikov - the 27th (but total 178 action), Artem Dougan - the 29th. 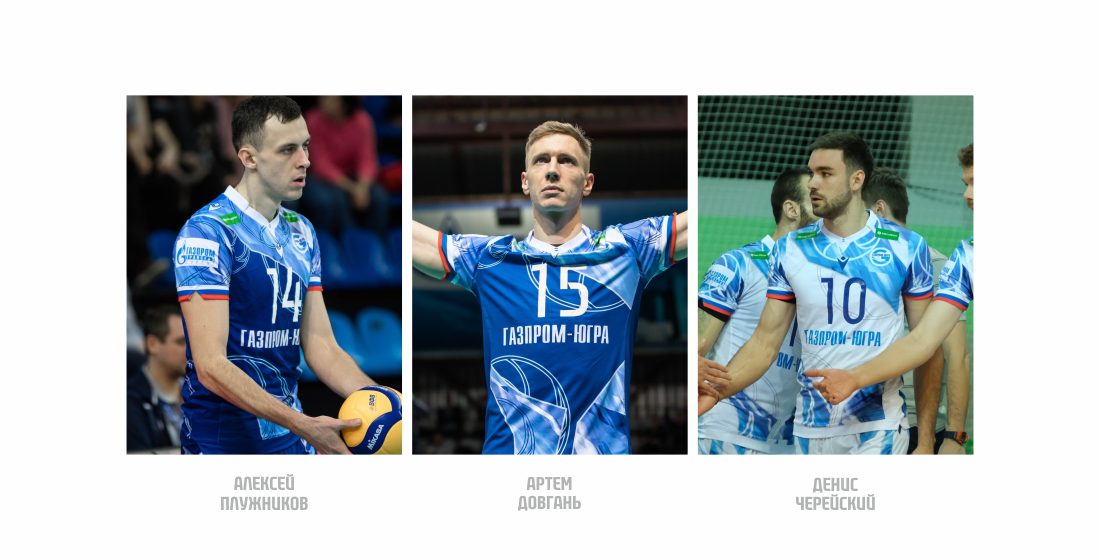 An interesting indicator is the influence of central binders on the game and the effectiveness of the opponent’s fast attacks. Without going into counting methods, note, that the most “influential” central Super League is Pashitsky from the Kuzbass. Following him Ilya Vlasov, third - Alexander Sadakov from ASK. I will notice, that objectivity here greatly depends on the manner in which the binders are played (eg, number of their own attacks) and tactical decision to pass the pace or not. If the central holds few matches, then he may just be "lucky", if the opponent’s binder doesn’t want to attack for some reason, and also focus on attack from the edges. However, our blockers - again in the middle of the second ten.

And the last, very interesting nomination, expressed in absolute figures - the number of jumps for each of the central blockers. Most of all in the Super League, our Denis Chereiskaya – 1964 times or average 25 jumping over a set. Taking into account, that about forty percent of the game time centerpieces are offside, his load is impressive! But even more amazing, which is the same - 25 jumping for a set - a veteran chalked up Victor Nikonenko from ASK. The third indicator is Dmitry Shcherbinin, fourth - at Alexandra Volkova, whose knee was able to withstand such severe loads (1597 jumping all and 23 average per set). 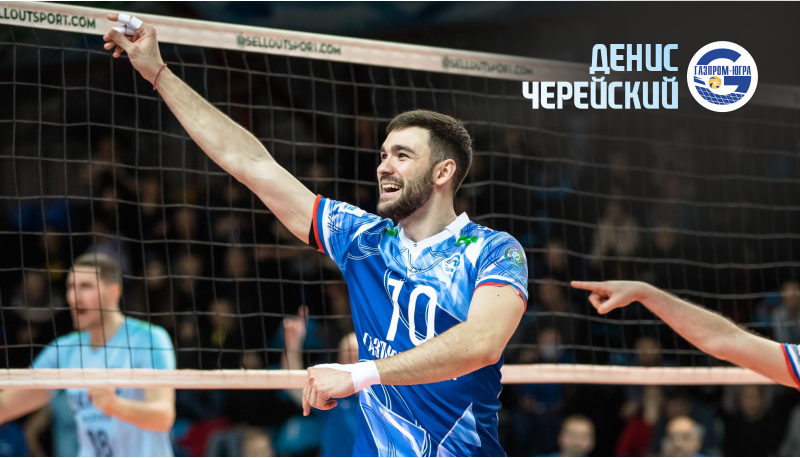 The look of Francesco Deer opens the world of statistics to volleyball lovers from a slightly different angle. A familiar approach for inexperienced fans - quantitative (site activity, points scored). Here we see an attempt not only to show the percentage of effectiveness of the actions of players and teams, but also analyze the quality of volleyball. The minus is just that, that does not take into account the number of processed actions. And you need to take them into account, since the pattern is obvious: even with great masters, as the number grows, efficiency decreases, i.e. quality.

Quantitative and qualitative approach, like yin and yang of modern volleyball, make up the unity and struggle of opposites. They cannot be evaluated separately from each other and, in the same time, it is very difficult to derive a certain universal constant. maybe, it is not required, as volleyball was and remains just a game, and not a set of mathematical formulas - with your plot, intrigue, passions and incredible practical jokes, in which all statistics can go to hell. For this we love him.

In file Francesco Reindeer you can "dig" even a lot of different interesting information, looking at the game from different angles and providing an excellent basis for thoughtful analysis. Let us leave this work to specialists and once again thank the Kuzbass specialist for a truly titanic work and a desire to share its results.