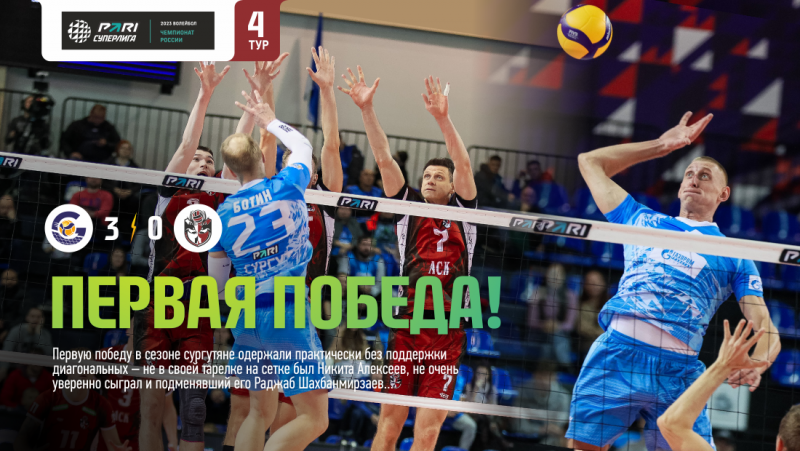 "Gazprom-Ugra": Ozhiganov-Alekseev, Piun-Ropavka, Makarenko-Botin, Kabeshov/Nagaets ASK: Tyushkevich-Antonov, Ananiev-Dovhan, Titich-Kitchen, Zelenkov The first victory of the season was won by the Surgutians practically without the support of the diagonal ones - Nikita Alekseev was not at ease on the net, Rajab Shahbanmirzaev, who replaced him, also played not very confidently.. But Vadim Ozhiganov finally managed to glue the team interactions, plus the serve flew off - and Vadim Read more » 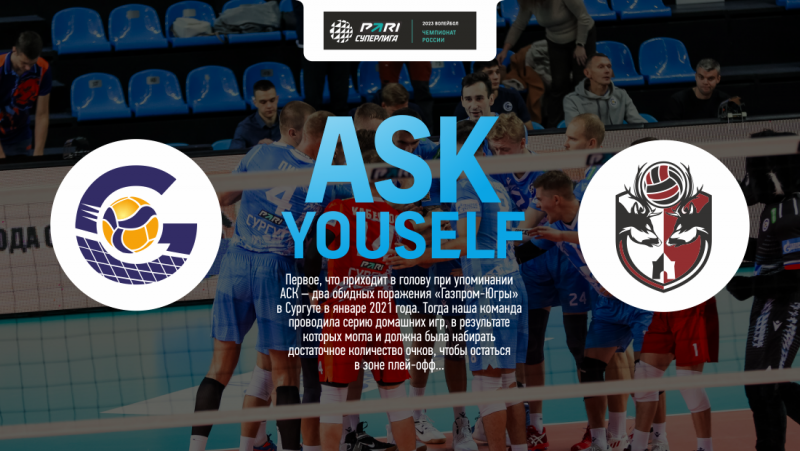 First, what comes to mind when mentioning ASK - two insulting defeats of Gazprom-Ugra in Surgut in January 2021 of the year. Then our team played a series of home games, as a result of which she could and should have scored a sufficient number of points, to stay in the playoffs. But first we lost to Nizhny Novgorod 13:15 a tiebreaker, and the next day they Read more » 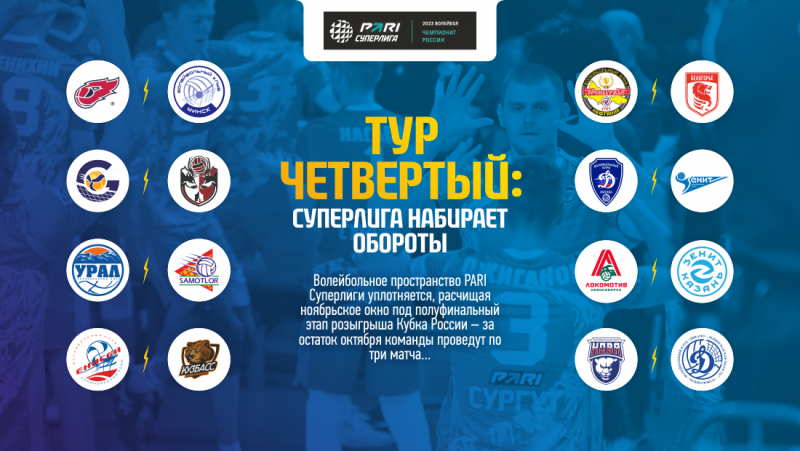 Round four: The Super League is gaining momentum

The volleyball space of the PARI Superleague is getting tighter, clearing the November window for the semi-final stage of the Russian Cup - for the rest of October, the teams will play three matches each. The fourth round of the Russian Championship opens this spurt and, I think, it will be hotter, than at the start of the tournament. Ours is waiting for two sparring at the highest level at once. After the Kazan "Zenith" they will come to Moscow Read more » 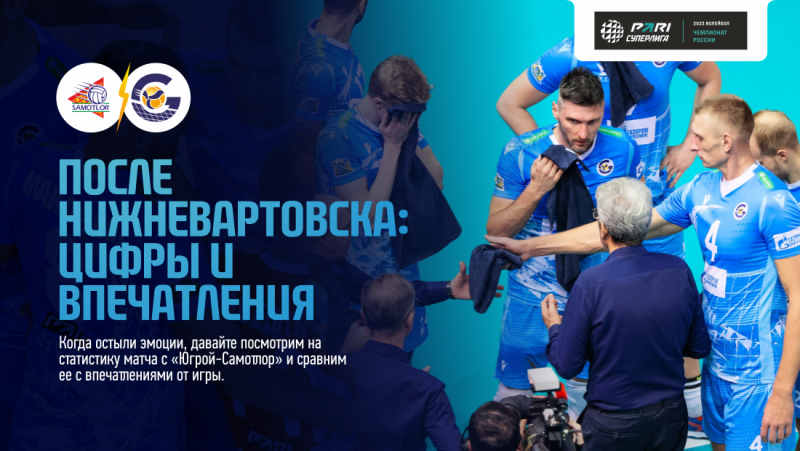 After Nizhnevartovsk: figures and impressions

When emotions are cold, let's look at the statistics of the match against Ugra-Samotlor and compare it with the impressions of the game. Let's dance from the stove, i.e. from taking: here the numbers are about the same, which allows you to shift the focus to percentages, scored in attack. so, the numbers speak, that we acted better with a negative reception (40% effectiveness against 28%), but lost comfortable Read more » 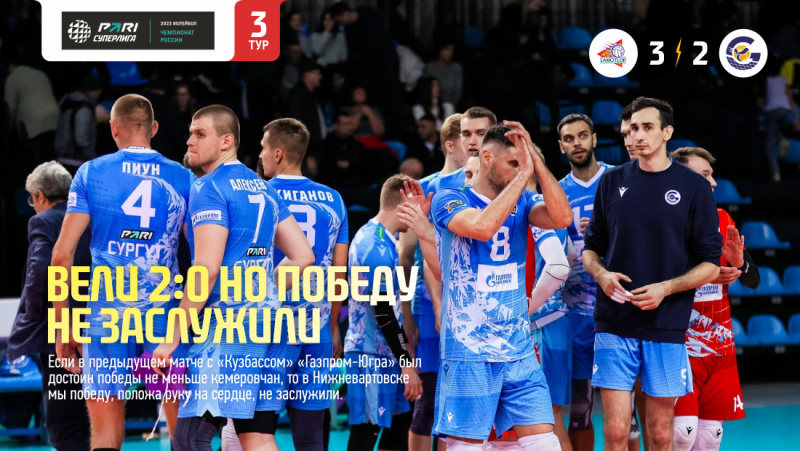 If in the previous match with Kuzbass Gazprom-Ugra was worthy of victory no less than Kemerovo, then in Nizhnevartovsk we will win, put my hand on my heart, did not deserve. Didn't finish their balls, did not take full advantage of the opponent's mistakes, and then they themselves rocked the guards, letting them take the plunge. In the first set, the Surgut team mitigated many attacks with a block, but playing out chronically Read more » 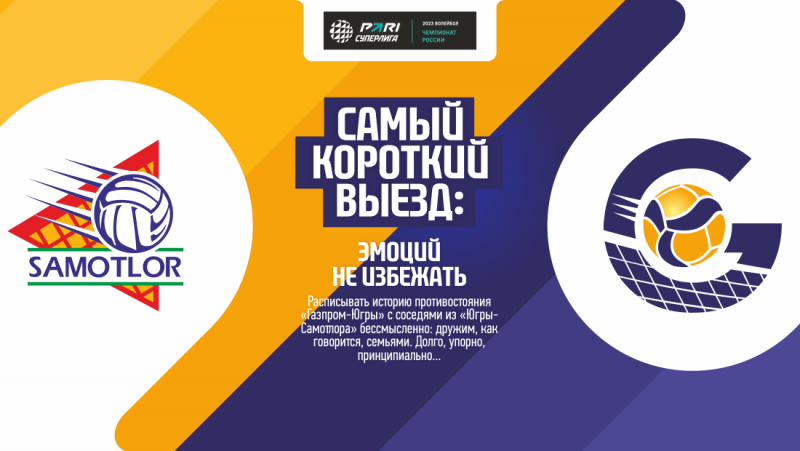 It is pointless to paint the history of the confrontation between Gazprom-Yugra and its neighbors from Yugra-Samotlor: I hang out, as they say, families. Long, persistently, fundamentally. Nizhnevartovsk thundered at the dawn of Russian volleyball, then for a long time Surgut dictated its terms, and sometimes there was no one to dictate, in the last couple of years, our neighbors have bypassed us in the standings. The significance of a particular match is also difficult to overestimate.: everyone has it Read more » 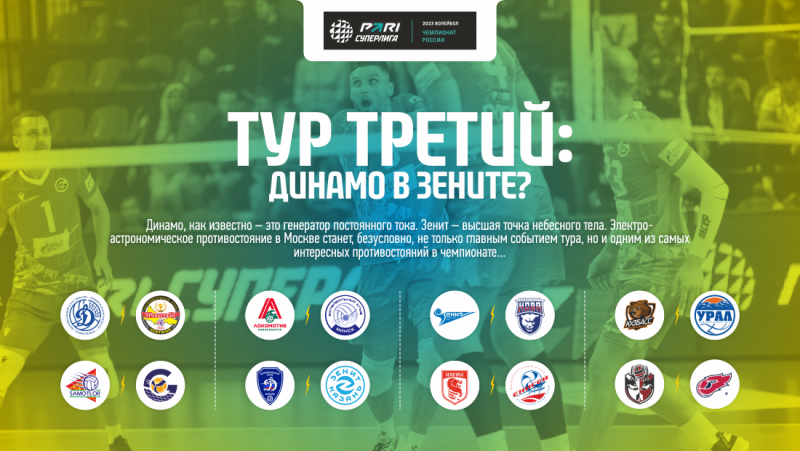 Round three: dynamo at its zenith?

Dynamo, As you know, this is a DC generator. Zenith - the highest point of a celestial body. Electro-astronomical confrontation in Moscow will become, certainly, not only the main event of the tour, but also one of the most interesting confrontations in the championship. Duel Mikhailov - Sokolov, Pankov – Christensen, Deru vs former team, etc.. Lots of personal intrigue., but volleyball is still a team game Read more » 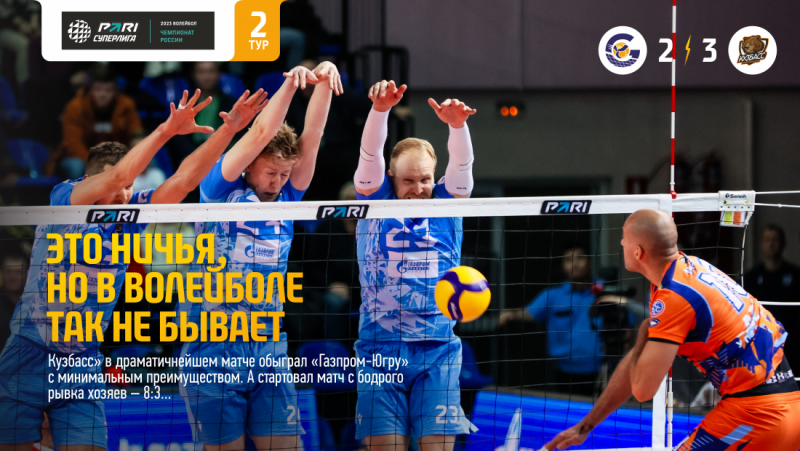 It's a draw, but that doesn't happen in volleyball 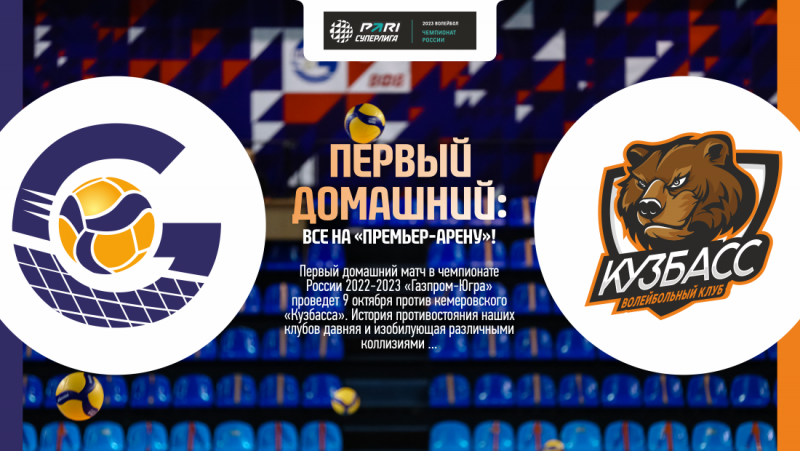 First home: all at the Premier Arena!

The first home match in the championship of Russia 2022-2023 Gazprom-Ugra will hold 9 October against Kemerovo "Kuzbass". The history of confrontation between our clubs is long and replete with various collisions. Us, eg, always nice to remember, how did we get around to 2017 the team of Thomas Sammelvuo in the fight for getting into the Final Six. But "Kuzbass" beat us in recent years, when the club stepped confidently Read more » 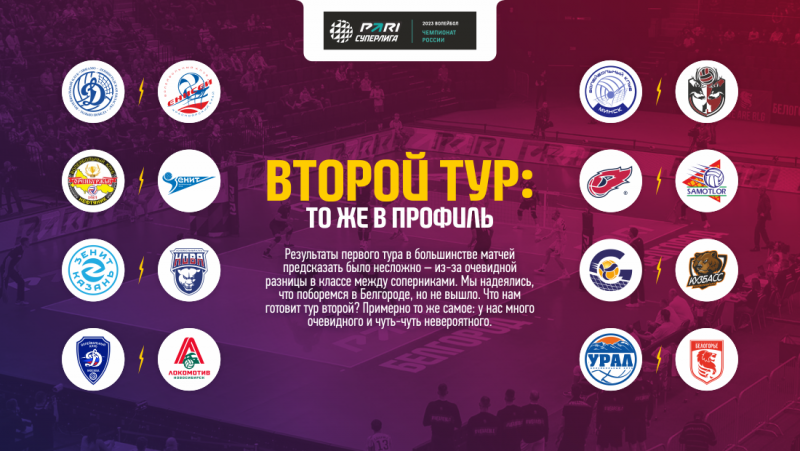 Second round: the same in profile

It was not difficult to predict the results of the first round in most matches - due to the obvious difference in class between rivals. We hoped, that we will fight in Belgorod, but it didn't work out. What is the second tour preparing for us? Roughly the same: we have a lot of obvious and a little bit incredible. The obvious "Yenisei" will move from St. Petersburg in the neighborhood to Sosnovy Bor, but hardly Read more »