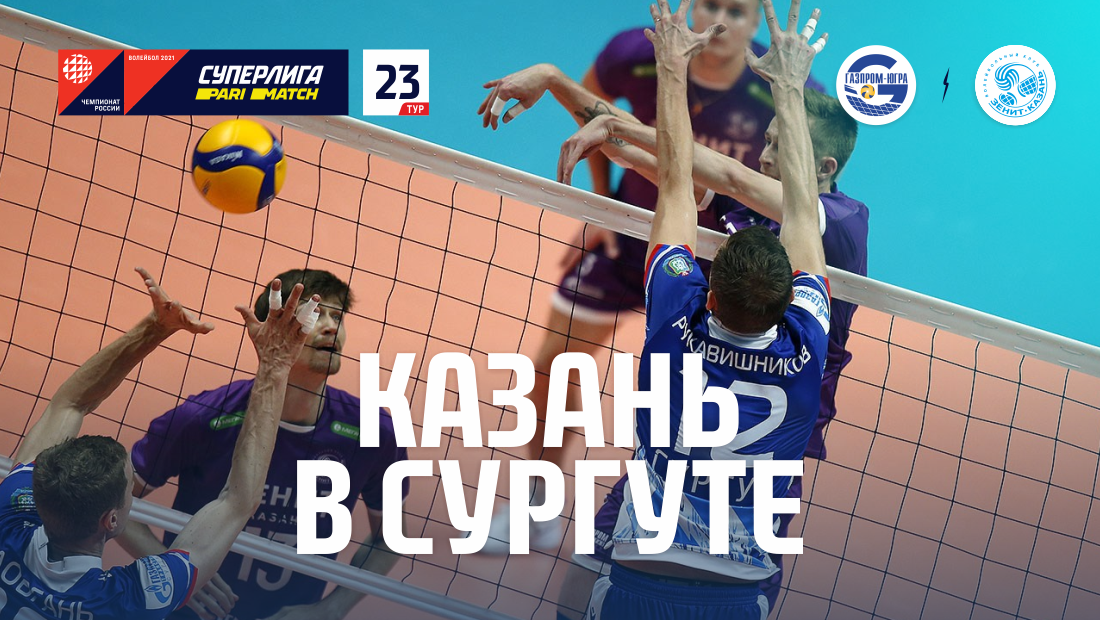 On Saturday, Gazprom-Yugra receives a special guest at the Premier Arena - Zenit Kazan. For many years, this club has been the undisputed flagship of Russian and European club volleyball.. And now, when the competition in the national championship intensified, remains one of the heavyweights. The upcoming game is also interesting because, that the last meeting of the teams in Surgut 7 Martha 2020 of the year ended with a sensational victory for the hosts 3:0 and deprived, as it turned out a little later, Kazan club champion title.

Now Kazan residents are trying to regain their place, guaranteeing direct access to the Final Six. But, rather, they need to think about maintaining the third position in the fight against teammates from St. Petersburg. Whatever it was, Zenit goes to Surgut with a serious attitude, throwing out of my mind the upcoming game in Poland in the Champions League quarterfinals against Skry. After all, the axiom, that in Surgut it is not easy for anyone, returned to the Premier Arena teraflex.

However, it will not be easy for the owners. By name, the composition of "Zenith" looks more than solid: Olympic champions Alexander Butko, Maxim Mikhailov and Alexander Volkov, Erwin Ngapet and Bartosz Bednozh, Artem Volvich - shock six of Kazan. And in the spare square there is someone to strengthen or diversify the game - this is Fedor Voronkov, and Denis Zemchenok, and a great option for serving Andrey Surmachevsky. Well, of course, Vladimir Alekno, which will prevent the team from falling into lethargy on the court. He has already announced a temporary cessation of his coaching career next season., so, as they say, hurry to see!

Historically, the game of Kazan was based on a powerful attacking triangle "diagonal - sideplayers", with the arrival of Erwin Ngapeth, this tactic was somewhat modified towards a more varied and quick attack from the fourth zone and an active connection of the back line. Ngapeth also leaves Zenit at the end of the championship, and Alekno, faithful to the traditions of the Pole, is trying to raise the second Mat Anderson from the Pole. It's too early to talk about the results, but now Bartosz, it seems, is gaining shape again and in Surgut can demonstrate the level of its claims. However, experienced Butko can transfer accents to the diagonal, where Mikhailov is reliable as always, and use the center of the grid. Plus, don't forget about serving Kazan citizens, capable of creating the necessary difference if not in the account, then in the comfort of removal.

What can oppose the Kazan car "Gazprom-Yugra"? That game, which the team demonstrates in the last games from the first seconds of the match. Collected, expressway, command. The people of Surgut have nothing to lose, but you can buy a lot - hence the necessary relaxedness and courage in the game, provided that the maximum concentration is maintained. You won't be able to beat Zenit-Kazan one by one, you just need to do teamwork, trying to endure the reception, which the, perhaps, will be the decisive factor. Well, of course, the support of the fans will be essential, inspiring Gazprom-Yugra for deeds. We managed to beat Zenit last year, why not try to repeat this?