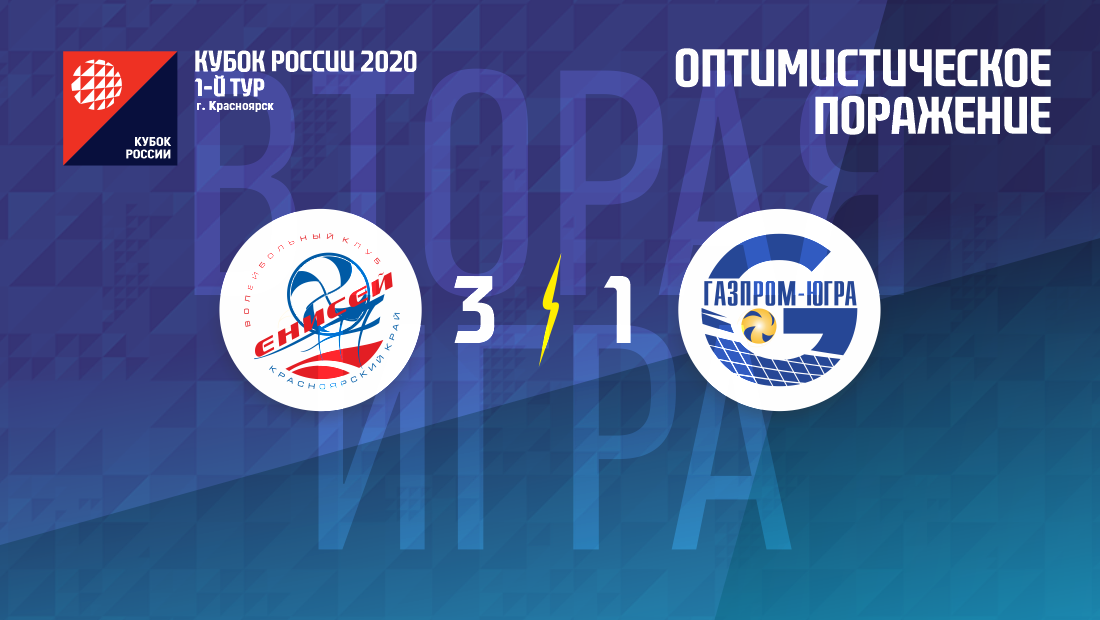 In the second game in Krasnoyarsk, Gazprom-Yugra looked much more fun, than in the debut match with Lokomotiv. In the first set, Surgutyans were not much inferior to "Yenisei" – except that the Krasnoyarsk people managed to keep the reception more clearly and, respectively, look a little better offensively. The Gazprom team walked the entire set in the opponent's wake and could well use the huge number of mistakes made by the Krasnoyarsk players to their advantage. (8!), if they themselves had not made a mistake almost as much - seven times.

At the end, properly, the parade of mutual marriage happened when the ball was kicked in, the point at which Artem Dovgan put in touch, 23:25. As for the game, I would like to note Rodion Miskevich, more than confident in the attack, groping, finally, Hall, shine, ball and hand of Evgeny Rukavishnikov. Also Ivan Nikishin and Kirill Fialkovsky looked more collected.

In the second set, the picture was similar until the middle of the set, until the residents of Surgut failed on the powerful feeds of Todor Skrimov - from the workers 11:12 went to 11:15. Anton Malyshev started a rearrangement at that moment: first released Alexander Slobodyanyuk instead of Ivan Nikishin, and then made a double replacement of Evgeny Rukavishnikov and Rodion Miskevich with Pavel Akhaminov and Rajab Shakhbanmirzaev. While Akhaminov was looking for his attackers, the game went out of control of Surgutyan, 12:20. In the end, ours rested and reduced the segment to a draw, 5:5, but the gained ground was more than enough for Yenisey to win, 17:25. 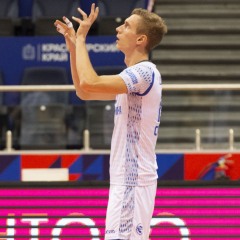 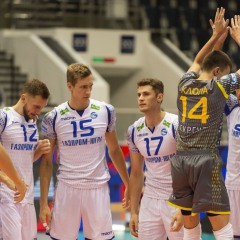 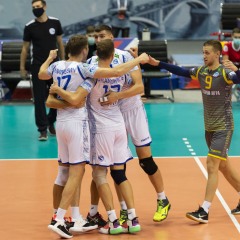 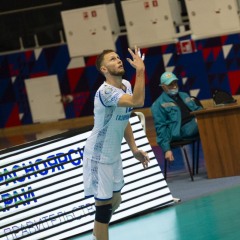 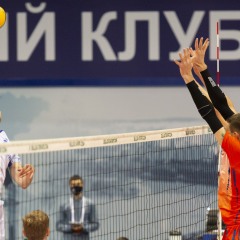 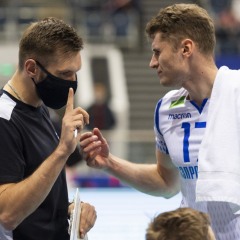 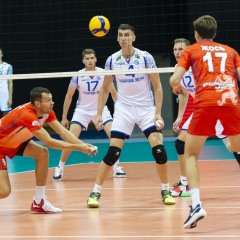 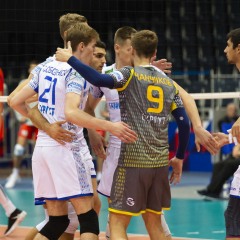 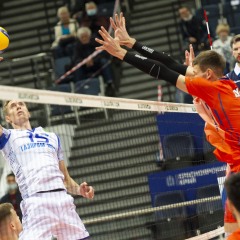 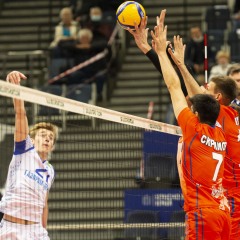 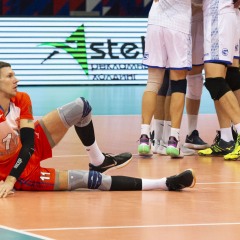 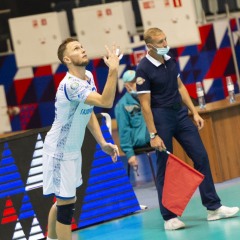 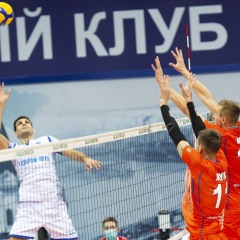 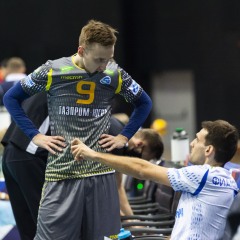 In the third game, Rukavishnikov returned to the site, while Slobodyanyuk also remained, and Shahbanmirzaev. I will note, that from the beginning of the match, instead of Denis Chereisky, Yegor Yakutin played in the center. So, on 2/3 formally reserve composition, Gazprom-Yugra quite successfully coped with the basis of the Yenisei, played the entire match without substitutions (except for Danila Gavrilov's tactical exits to serve). Sharp left-handed Shakhbanmirzaev entered the game very confidently, Slobodyanyuk was not lost either. Despite the play of Kirill Klets, confidently riveting glasses, Surgut took the lead, and after two blocks in a row, Scrimov was even scheduled to try to escape - 10:7. However, Skrimov was immediately rehabilitated, two aces equalizing the score, 10:10. Shakhbanmirzayev responds with an excellent serve, Slobodyanyuk is good in the playoffs - 14:11.

The people of Surgut came to the end with a comfortable advantage, 20:15, but the more experienced Krasnoyarsk started to run up at the finish line. Scrimov and Ereschenko issue aces, covered twice with Fialkovsky block, and nothing remains of the advantage, 23:22. But the opponent flinched at the last moment, making a mistake twice when putting the ball into play, 25:23. First set won of the season!

In the fourth game, the Surgut residents did not lead long - 4:2, after which a couple of their own mistakes and Klec's confident attack marked the hosts' advantage, 5:8. With the score 7:11 experiments continued: Akhaminov replaced tired Rukavishnikov, and soon Pavel Tebenikhin appeared on the site instead of Dovgan. In the end, the residents of Surgut undertook a slightly belated spurt, closing the distance from 17:22 to 22:24 and playing several emotionally charged protracted rallies with a beautiful overture. Ace Shahbanmirzaeva, block Skrymov, replay, which could have narrowed the gap to one point - but Rajab just barely puts the ball into the court, 22:25.

The confident play of Gazprom-Ugra recruits was a revelation for me, especially Slobodyanyuk and Shahbanmirzaeva. The basis is also in the process of relieving the shackles of physical activity. The general drawing of the game appeared, happy with the spirit of struggle, active play in defense and on the block, variability in attack. Still a bit too much of a marriage of my own, no chemistry brought to automatism with binders, there is not enough pressure to serve and somewhere power in the attack, but these are all just things, which can be gradually collected. The main thing is that the team plays, progress compared to the first match is obvious. Optimistic defeat - that's how I described the outcome of the game with Yenisei.