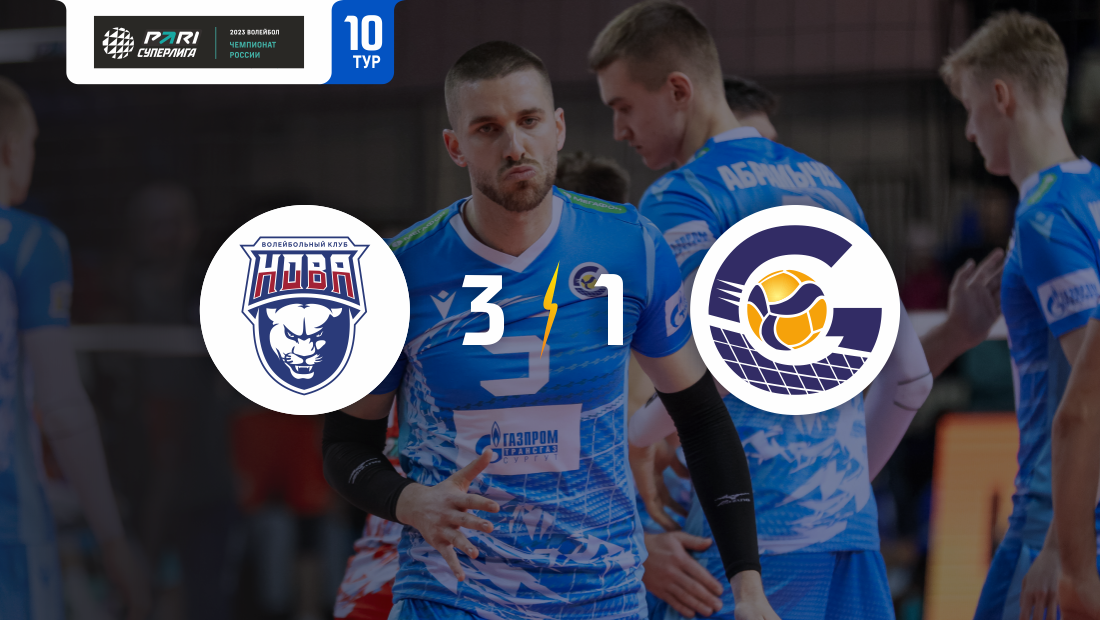 It's very hard to win a match, if there are obvious "holes" in the site, no heroic efforts of individual players will be enough. With all due respect to Nova, we gave the game ourselves. Let's start with the first set, in which they 24:21 and calmly had to squeeze, having three set balls. For starters, Ozhiganov, for some reason, began to look for a very pale Katic on the grid, having a "hot" Alekseev behind his head, 23:24. Then I remembered the diagonal, but the pass was too fast, Nikita didn't have time to hit, only for an emergency skid in the hope of touching the block - out. Katic again, block again, and let's swing, ending for us in a completely unnecessary defeat.

In the second set, thanks to the efforts of Alekseev and Makarenko, we keep on an equal footing, but this is not enough! Another Valid Ending, we lose our set ball, then win back four set-balls against Nova, Katic blocks Zhukov, 31:30. But Bloodless scores, Tired Alekseev is waiting for block, and the same Sergei Zhukov puts an end to the ace.

In the third game, Ozhiganov added pepper in the form of the first tempo, Alekseev and Ozhiganov got aces, block started, in general - a command machine with a creak, but came into play, and “Nova” didn’t have enough nerves, whether resources to cling to this ending. As a result, we received a bonus in the form of the opportunity to compete for a tie-break. We fought ... and lost quite a bit. Or not a little?

If you look at the statistics, then you might be surprised: we didn't lose anything! Block, aces, attack - all on an equal footing. Where is the minus? Own mistakes: 33 against 19, including on delivery 21 against 9! In fact, gave 12 points to the opponent. With such tense endings, this is a lot. Again there were questions to Ozhiganov. Kurbatov completely fell out of the game and Ionov, who replaced him, played a little better. Katic is once again great in reception, but in attack it is a pale shadow of a Serb, who tore in the last round "Oilman", which is partly to blame for the same transmissions. But here Makarenko pulled out the most emergency passes, on experience realized crazy balls in the attack, Alekseev was great, especially in the first half, until he was completely driven. When it's time to help, rescued by Piun. But still, somewhere heroically scoring points, we immediately gave them away due to systemic failures in other areas ... The owners only had to endure, what they did. I repeat: we weren't beaten in anything, just made fewer mistakes.

The match went into a fat tournament "minus", because they missed their. But in terms of conclusions for the future, I hope, that there will be no less fat "plus": matches are not won individually, everyone should contribute at least at the level of a certain average temperature in the hospital, pure common game. Ahead of us is a series of "test" games with the leaders of the championship: here and see, how much we can learn from ourselves.

The most "native" club for Surgut, which must be played
Round eleven: Super League is accelerating
Last news