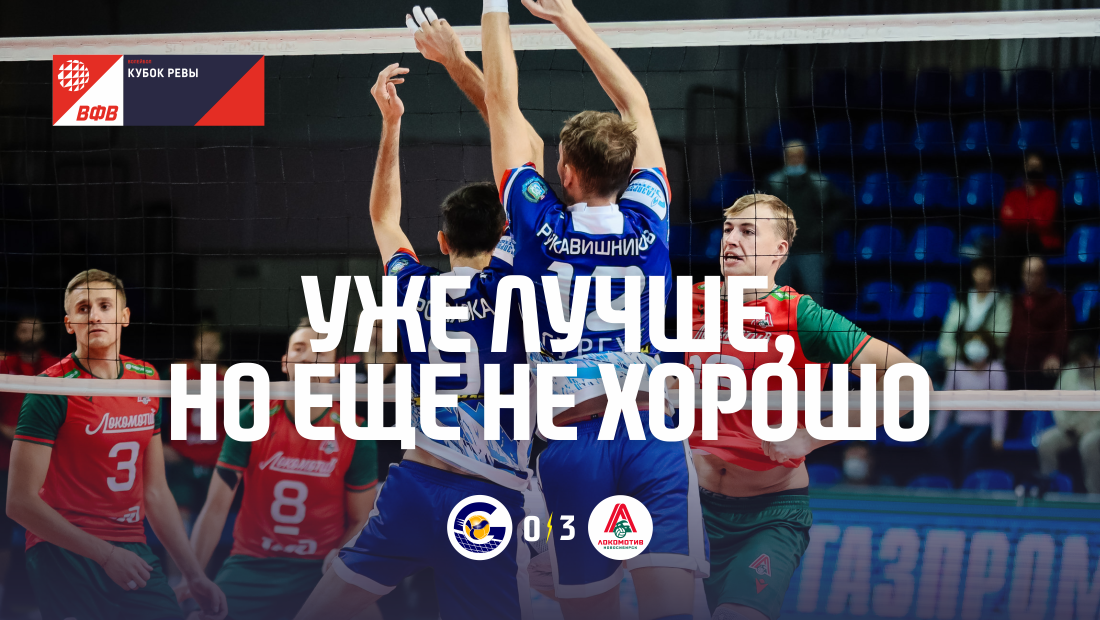 The game with Lokomotiv left a controversial aftertaste, but gave hope. Surgut residents are progressing - first of all, in the desire to fight and look for their chances in the game with a obviously stronger opponent. Novosibirsk took part in the game with Ilyas Kurkaev, who returned from the national team, and Gordon Perrin, who was gaining shape., we have Kirill Kostylenko at the start.

The first set just became an example of “fight and seek, find and not give up ". yielding 2-3 points, Gazprom-Yugra found the strength not to let go of the rival, but I could have come forward, if I had realized all the extragames gained by an excellent game in defense. But Shakhbanmirzaev played unstable, still finding the right hitting speed and angle of attack. However, the block for Nikkel, who came out as part of a double substitution, and Ace Kovalev compare the chances when entering the ending., 18:18. Then the pipe performed by Savin started floundering and the Surgutyans were already ahead, 20:19, 23:22... Kostylenko's glider flies to Abaeva, and he throws him to the back line, providing guests with freeball, implemented by Dovgan, 24:22.

Kurkaev scores, and Kovalev in the endgame of a protracted play could not beat the organized block, 24:24. Ilya is corrected in another long episode, 25:24 - and away we go ... Ace Kruglova brings Lokomotiv forward 27:26, but the people of Surgut are up against, play four more set-balls, until they miss the decisive ace from Perrin, 30:32.

After exhausting missed endings, it happens - the game begins to fall. In the second batch, the residents of Surgut scattered, having enough knocked on the opponent's block (0:6 in this item) and gave in without resistance, 11:25. This is the same "not good yet" - the team is psychologically and functionally unstable, once allows such differences.

In the third installment of Gazprom-Yugra, the entire set was kept in the wake of the opponent - and again the dirty play on the net brings down. Shakhbanmirzaev, in an ideal situation on one block, hits out-of-bounds and instead of 10:11 we get 9:12. Alekseev, who replaced him, is also not yet impressive from the word at all - there are no conditions. Playing, in fact, without diagonal, the people of Surgut resisted through active defense, looking for odds at the edge of the net and taking risks on the serve: 17:19 after the ace released specially for this by Fialkovsky.

A lot of risk - a lot of marriage: nine (!) errors for the set when throwing the ball. Novosibirsk responded with the same statistics, but were much more confident on the block and in the center of the grid. Perrin's strike out-of-bounds left a good chance for another swing in the end, 19:20, but Kostylenko knocks on the block, 19:22, Savin scores, 21:24. Excellent defense and block Savina demonstrate, that we are fighting to the end, but the next risk of Rukavishnikov on the serve leads to a fiasco, 22:25.

Despite another dry defeat, I would add this game to my asset as a quite confident step towards gaining the desired game and psychological conditions. Wagon problems and bottlenecks, but progress is also visible, and unrealized stock, and most importantly, today there was a desire to fight, despite the failed second set.

Gazprom-Yugra is still looking for itself
Plus libero, minus the diagonal
Last news