the mainclub newsPart 1. Rafael Habibullin: "To stay in place, you have to run very fast ” 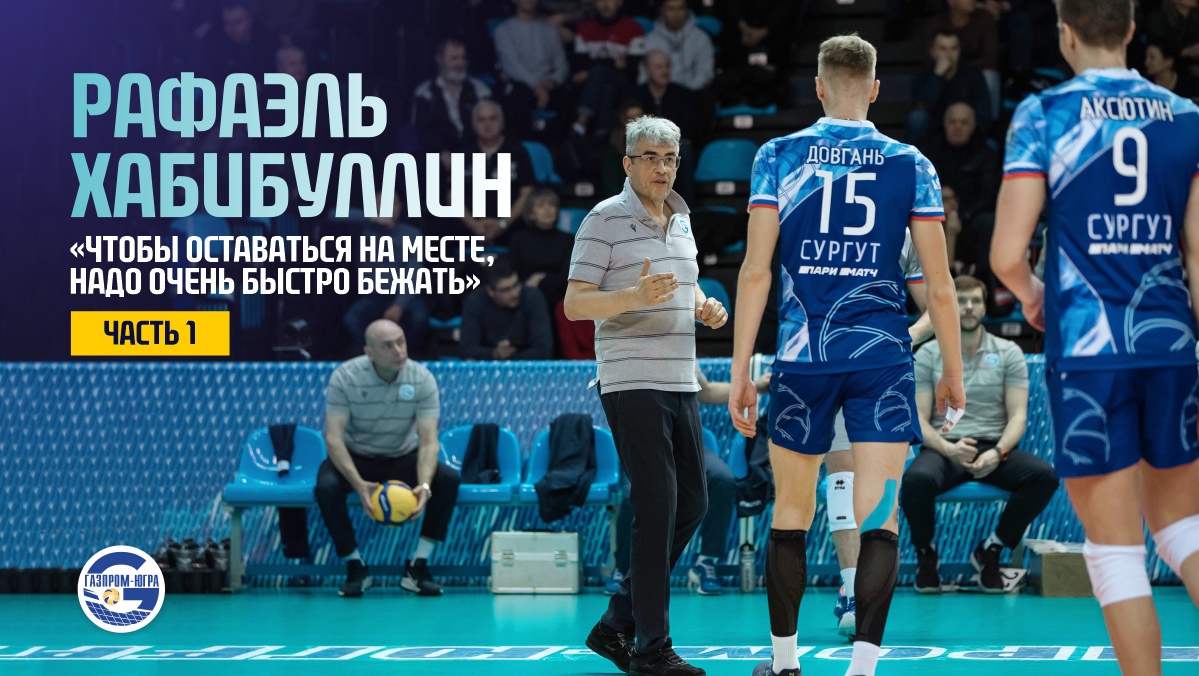 Part 1. Rafael Habibullin: "To stay in place, you have to run very fast ”

Here is the result of two days of conversations with the head coach of Gazprom-Ugra. They talked a lot, frankly, about different things, the benefit of the current forced calm. Pity, that all that was said is simply impossible to squeeze into the framework of one publication, even if "serial". At first we wanted to make two "series", but they began to disassemble the material - at least three! well, there is a lot of time now not only for conversations, but also for reading. Especially, if it is interesting.

– Rafael Talgatovich, start from afar. You go on trips by car. What's the point?

At first, i don't like airplanes. I sat in this tin can - and nothing depends on you anymore. Flown too much in due time, probably ... Secondly, this time, to think, and not only about volleyball. I relax while driving and tune in to the right wave at the same time. Such a road meditation ... On the way, early in the morning, very valuable thoughts come to mind. it happens, you can’t find the right answer for a long time, and here - time ... Like an insight. Somehow we lost in Ufa 0:3, the team flew home, and I went to Kazan, to the Super Bowl. And while riding, I had an idea from the category of "why not?». I came from Kazan, agreeing to move with Apalikov.

– What is interesting on Russian roads?

Our nature is beautiful. But today we have the main attraction - the refueling of one famous company. Without water, without paper, with closed toilet. This is here with us, beyond the Urals, closer to Europe a little better.

Krasnoyarsk - Peter last year. Last season, we just had a climax. Without stopping in Surgut, first from Krasnoyarsk to Yaroslavl, then to Peter. At all, the tour was so long: Kemerovo, Novosibirsk, Krasnoyarsk, Yaroslavl, Peter. And then home. It was complicated, but interesting.

Not, I don’t take anyone - why? The whole point is, I'm alone in the car. I have a juicer there, own food. I do not go at night, daylight only, sleep in hotels. Sometimes, if I'm late, I can grab the dark.

– The most extreme situation on the road?

In the Ural Mountains, there are serpentines between Ufa and Yekaterinburg, there in winter, usually, metet. Monthly rainfall fell this year. I was returning from Kazan, from the postponed match, I had to catch the game with Urengoy. And there was a crazy traffic jam, everything stood, and up, and down. I was late and decided to walk along the sidelines, as a result, he sat down on his belly in spring snow. Truckers generally do not like such "dummies", and when the road drove a little, no one to ask for help. I have no cable, not a shovel ... It was a lot of fun. I first found a shovel, tried to dig up, but to no avail. Then still a good uncle was found, pulled me out. Said: “Don't do this anymore” (laughs - author.). Then we met him again at a gas station in Tyumen.

– Which is easier - go on a trip or return home?

In terms of time it’s easier to go to Europe, you have plus two hours of light. On the other hand, returning home is always nicer. But it’s getting harder every year to ride in general, people become very angry. People have a lot of patience, but felt, that the standard of living is falling.

About life, agents and muse

Many are like drug addicts, are on a financial needle. For the most part do not understand, what's going on around, live in a slightly different dimension. They give everything to agents and don’t think about anything. On the other hand, our whole life is like that: solid agents, all through agent fees. I always say, that volleyball is some kind of, may be, thousandth, millionth derivative, what is happening in the country. That's what in the country - then in volleyball. We do not live on another planet.

– And there are volleyball players, who understand that, what's going on around?

Sure! I will name a few names, who worked with before, so you understand, - Shulepov, Vasilenko, Konstantinov, Sogrin, Alexiev. Not surprising, by the way, that four of them became trainers.

– Why Surgut, following the example of other clubs, will not create his own agency?

And the meaning? Everyone must do their job. And when you do it well, everything else will stick to you, will come. the, what is yours. And if not yours - why keep it?

– This is a story about Muzay?

Muzay - another story. We said goodbye to him very warmly. Did everything, so that he could return to Poland before closing the borders. I told him goodbye, that I am always waiting for him, that he is ready to increase his contract. With his agent, Andrzej Grzyb, we are in a great relationship. But over the season in Surgut, the cost of Muzay in the market has risen very seriously. We showed, what a powerful weapon it can be in skilled hands (smiles - author.). Boy grew up, it remains to wish him success and good conditions for further growth! 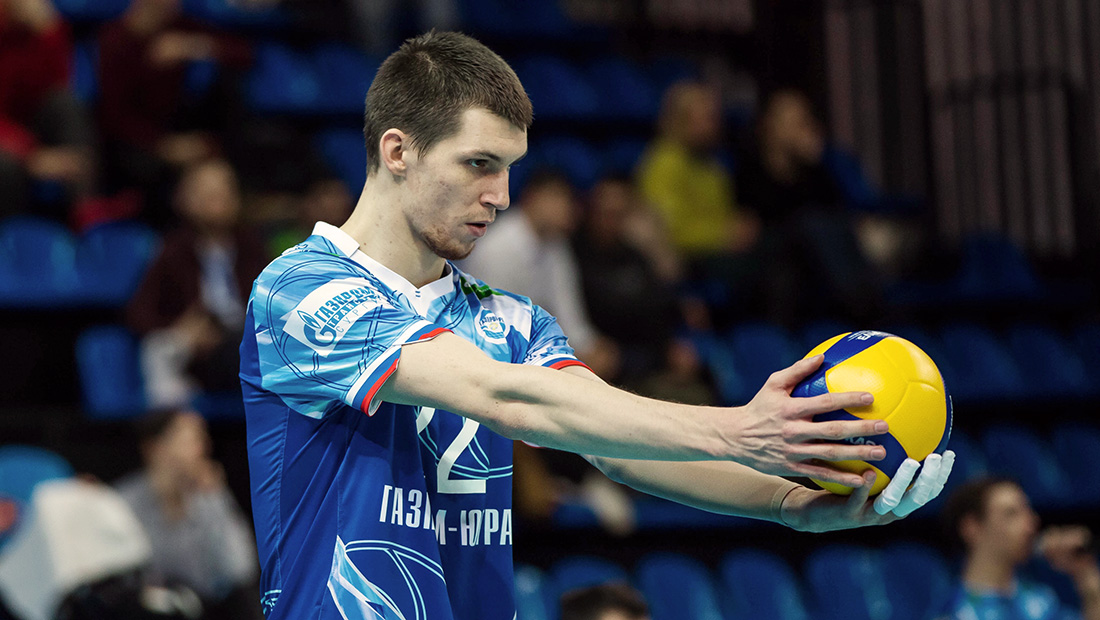 – Stay Muzay in Surgut - he would have added?

Complex issue. There are many nuances: and second year syndrome, and damage, and the woman factor is nearby, and many, many more. We would, certainly, did our best. No matter what happens, we won’t know.

About championship, Surgut and strong eggs

– Which game was harder - first or last?

Both. There were no easy games. At the beginning of the season we still had a damp team, many new people. In the last game, with Dynamo is another matter. But played without spectators, failed on emotions, it left its mark. 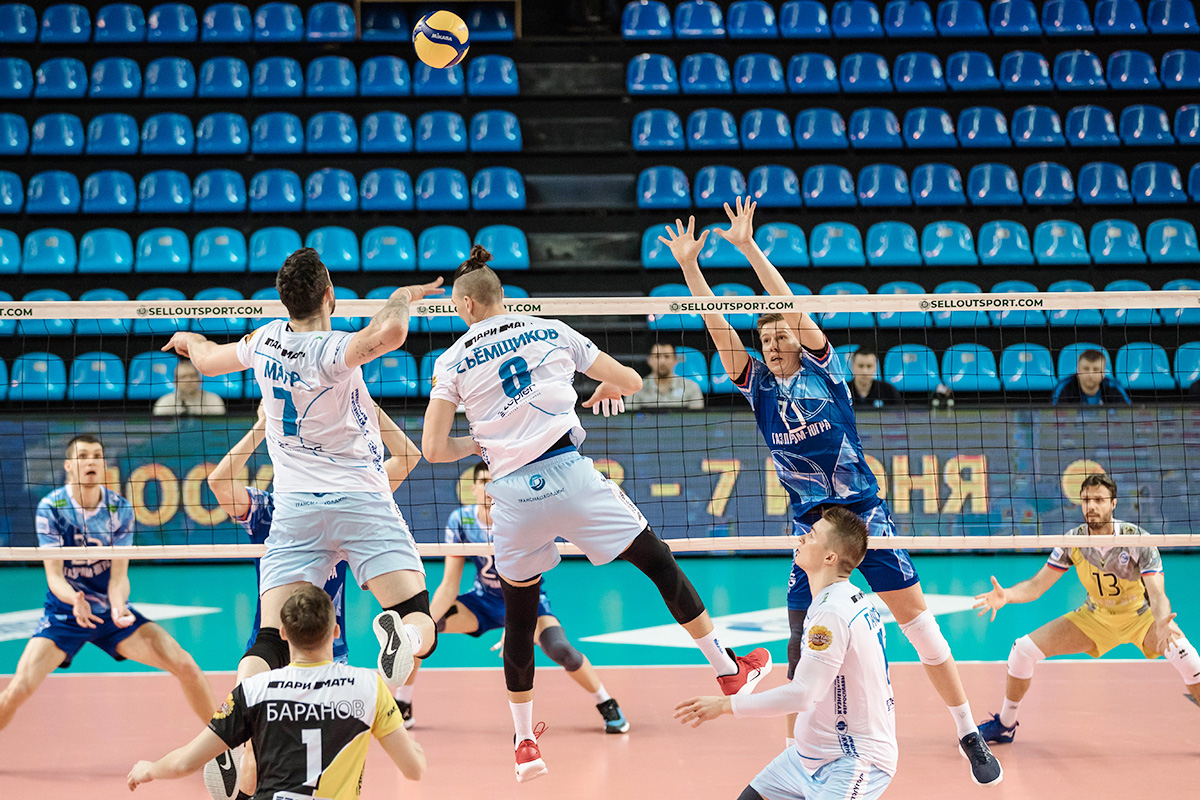 – Back to the beginning of the season. The team is almost completely updated ...

It was necessary to shake yourself seriously. Now there is such a situation - to stay in place, you have to run very fast. More and more resources are being burned., and when you don’t have so many, need to come up with something from the category of "eureka". We decided to bet on Muzay. The rest - we try, experimenting. At the beginning of the season we talked, that we will gain strength in the spring - so it happened. Very good rolled to the finish, should have made some noise with Dynamo in the playoffs, compete for the final six. I am very pleased, that at the end of the season it became impossible to play in Surgut for everyone. So write - impossible difficult. 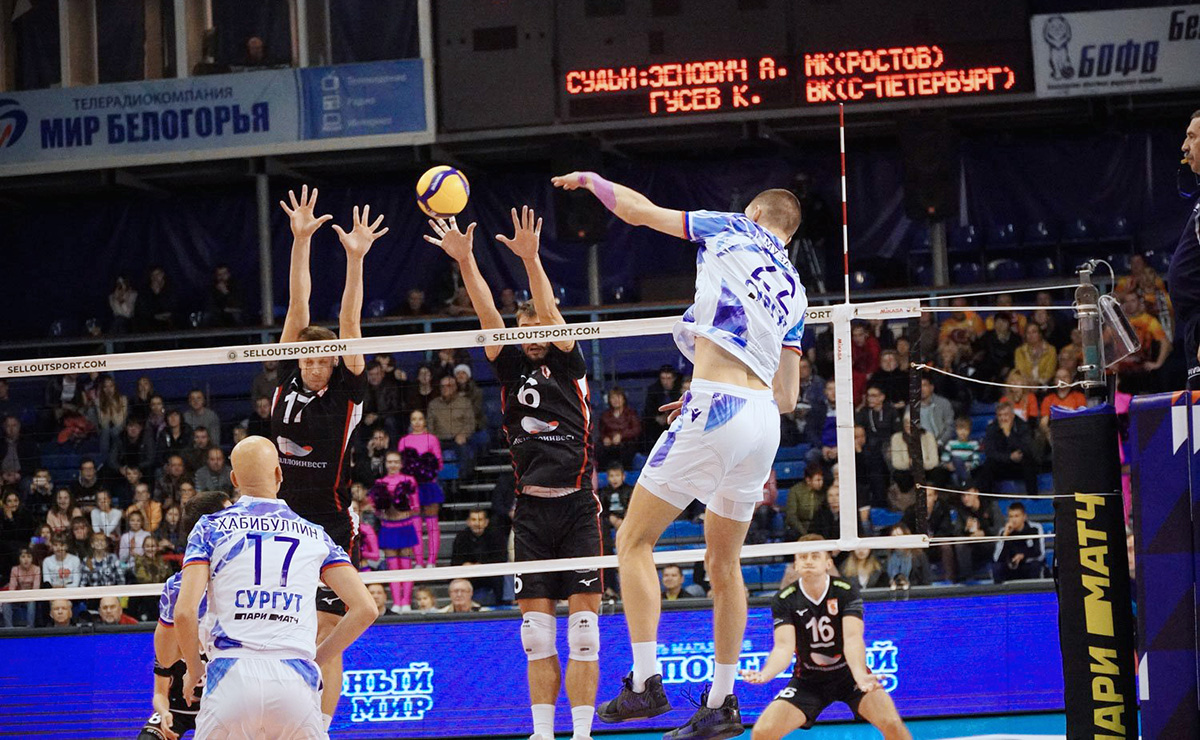 – Is it a thoughtful tactic or just happened?

We go the same way year after year. Slowly harness, looking for your face, each time a little different. Tactics from the series “with money, any fool can, try it without money ”. The name of the team does not allow us to seriously raise this topic., we have two big words, for which we fight. Sure, ideally it would be nice to have six conditional Musersky, each in his own position, or at least two equal compositions. But…

Surgut is Surgut. Not even the capital of the subject of the Federation, but the city, which for many years brings the second, after Moscow, contribution to the country's budget. We have a special pride, special road, and in volleyball too. We are interested in revealing people. Conditionally take the same Kostylenko, the same Chereysky, of the same Dovgan ... 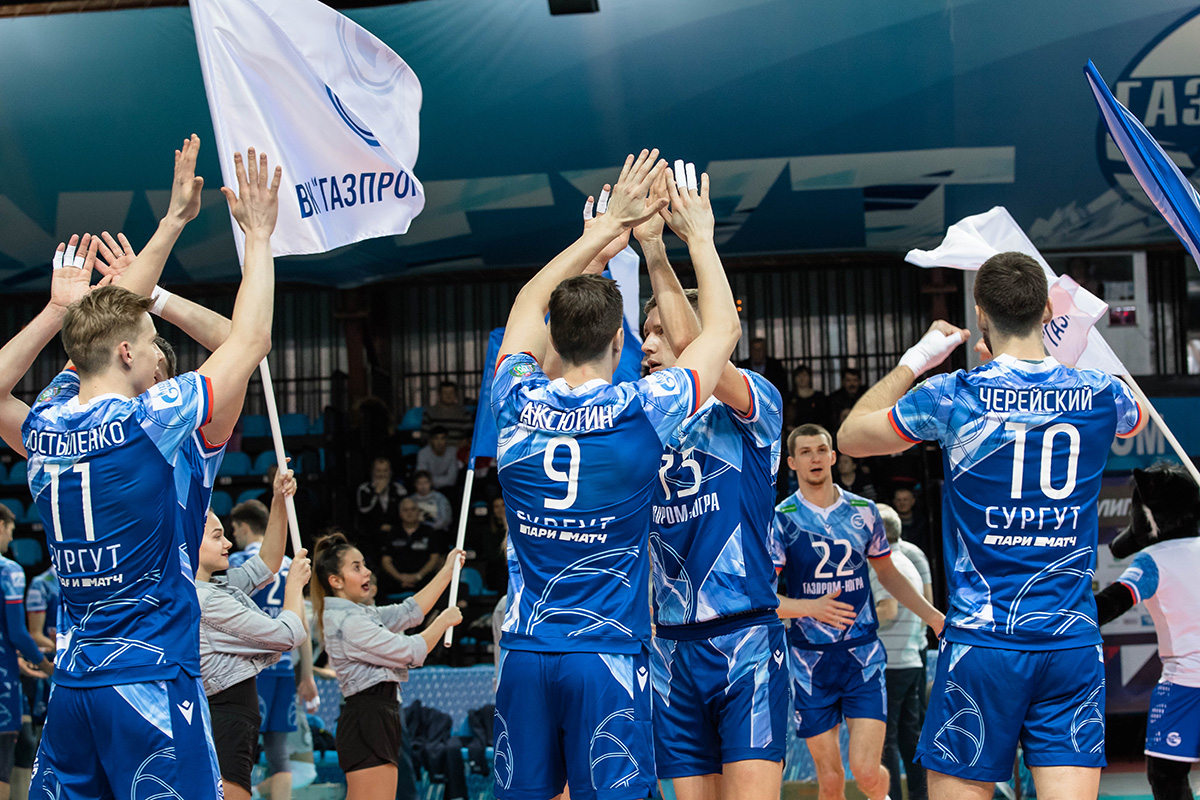 – But far from all were revealed.

It doesn’t happen, so that everyone plays at the same time. If the player wants, I, usually, I'm going to meet - let's try. I have such a practice - the players themselves call me: "take me, do, You can…". Good, we are trying. If a person does not play, it is not his fault, there are many, many different factors.

I still counted on Schadilov. I thought, that we will somehow reach a stable level. Did not work out, and it's not his fault. Good guy, but this is not a profession. I can say the same thing about Galimov. They made a certain bet on Avdochenko, but somehow they immediately threw him out of the reception. If Salparov could stand next to him, something would work out, because on the grid and on the pitch Pavel is interesting. Karpenko and Kozlova we took with an eye on the position of the libero ... We tried to strengthen during the season, partly worked, but that, what I wanted, never received. To everyone, who did not play for one reason or another, i am grateful for the effort, for the effort, for professionalism, I wish you all success in new clubs. After all, if it did not work out with us, This does not mean, that won't work out somewhere else. 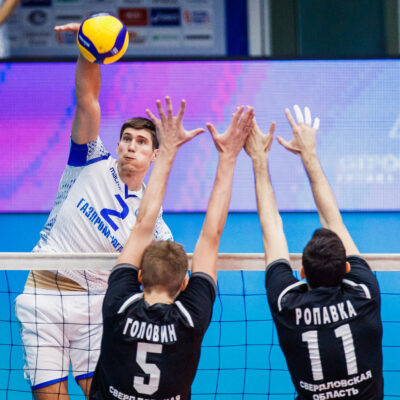 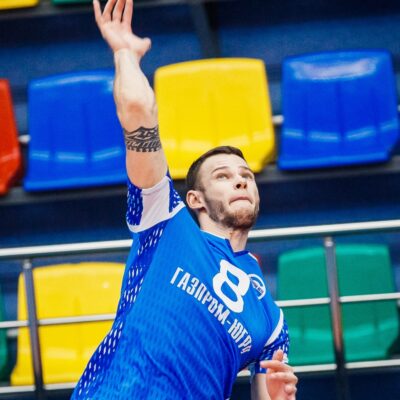 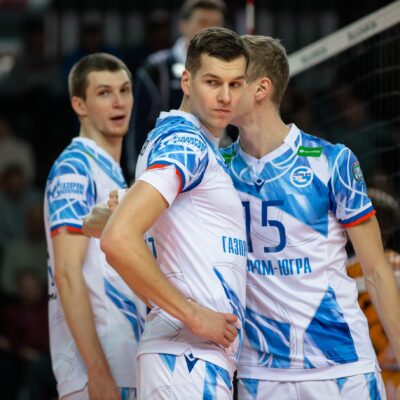 – There were matches, which you recall with regret?

Lost home game to Nizhny Novgorod. He says 2:0, to a third party 7:4 - then Artem began to draw his movie, played out Wendt, and we flew away 2:3. In Nizhny there was an opportunity to take revenge ... Generally, I find, what if in Surgut we lost the won match, then in Nizhny could easily get 0:3. There the hall is very specific, low ceiling - such a mousetrap ... Plus ASK - home team, they beat home and Peter, and Urengoy. A good team got together, they lacked a little experience, so-called first-year syndrome in the Super League, they talked about it themselves. 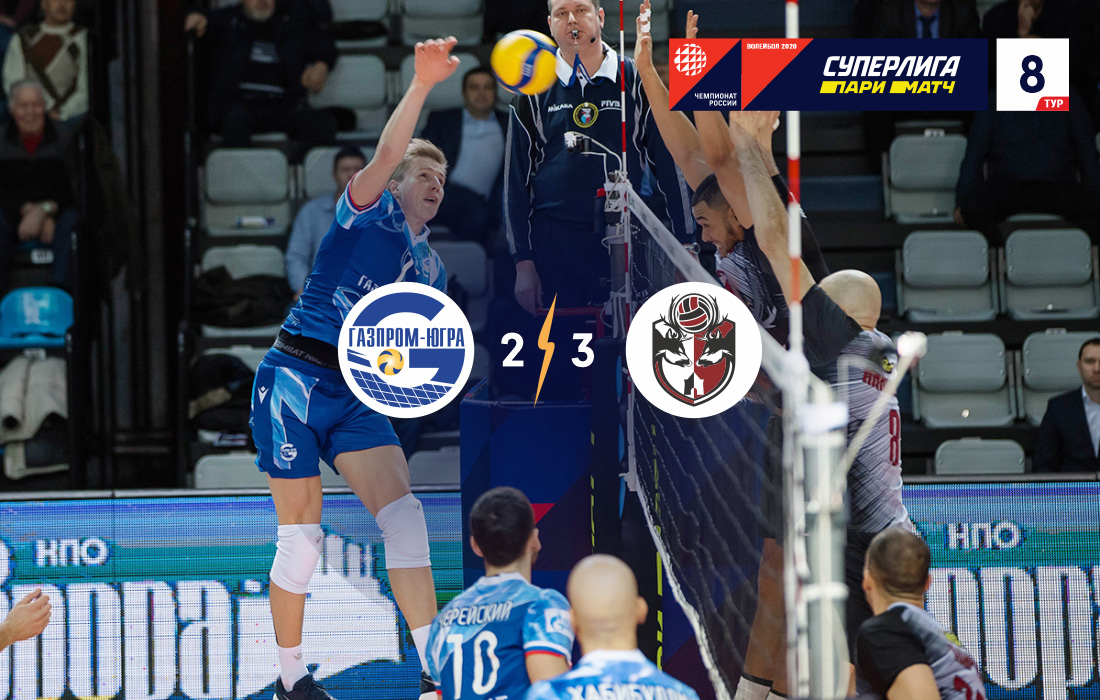 Defeat in Samara has its reasons, there Muzay was not in good condition. The first match in Belgorod can be remembered. For the rest ... Away is always much harder to play. Losing at the finish of the Torch, surprisingly, does not cause me any special emotions, although they could all finish in three sets. Can, the fact, that I was then one hundred percent sure, that we get into the playoffs - believe it, you want no. In contrast, you can recall a number of endings, which we pulled out - in Ufa, in Vartovsk, at home with Leningrad region.

Were good games, in which we seem to have lost in 1:3, but could well cling to the fifth set, showed enough quality volleyball. This is also with the Kemerovo game, and with Dynamo before the New Year. Something was missing, too many holes. At that time, the centers had just begun to play, have their own nuances, problematic play ... Arithmetic works with one unknown, in mathematics there can be two or three, whole systems are already lined up there, and we tried to solve a problem from the field of higher mathematics, too many unknowns fell out.

– you said, that after the game with the “Torch” were confident in reaching the playoffs. And during the championship there was a feeling, that we don’t get there?

Not. Even when the Fakel and I exchanged sites, moved guest and home games, I understood, that everything will be fine. We play the last two rounds at home. We led the team to, what will she become by spring, figuratively speaking, invincible. So is it, properly, and happened. This was viewed well., and after the game with Krasnoyarsk we saw the alignment: Ural and ASK missed one round, а у нас две домашние игры. «Факел» чуть-чуть не дожали, then they beat Zenit Kazan.

– After the victory over Kazan did not sleep at night? Or - ordinary victory?

How to say. From a tournament point of view, victory is decisive. But Kazan without Butko ... We did pass another Kazan, and at their home, and at home. With all due respect to Laurent, it was a slightly different story. Everything is decided on the site, sorry, the eggs. I do not want to say, that “Zenith” does not have them, it’s just that at that moment they turned out to be stronger. 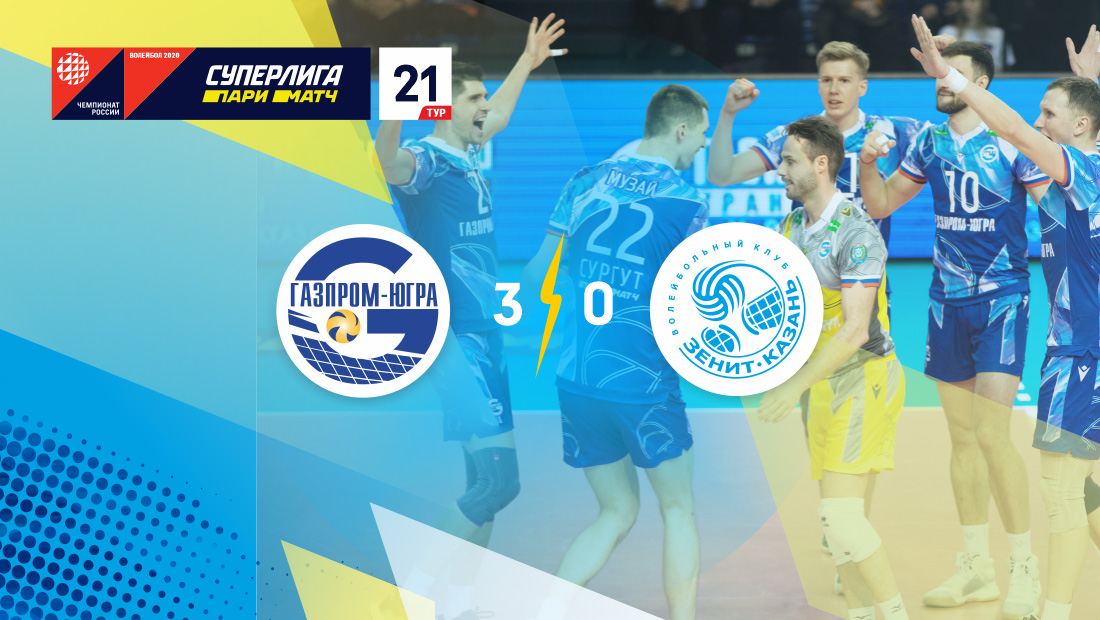