the mainclub newsin the balance 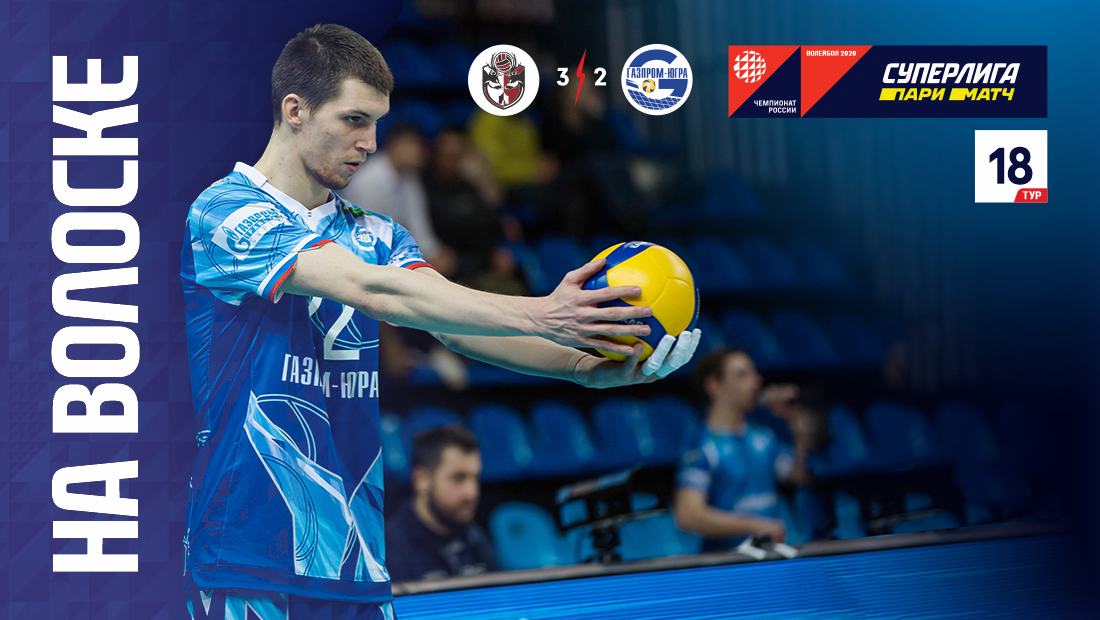 Surgut I almost got to return the favor for the defeat of the Nizhniy Novgorod Surgut: the game has evolved in exactly the same scenario, and even by a tiebreaker is the same - 15:13 - only again in favor of ASA. Very humiliating defeat, in which no one to blame. However, by and large, Our game is broken there, where thin - in doigrovku. While Aksyutin, Schadilov Kastylenka and tried to find himself, the first two sets had already sailed away ... "Gazprom-Ugra" was able to return due to withstand the pressure and great muse proved himself Chereiskaya (however, yet again, Volleyball - it's a team game, We fought all), but in the end volleyball lottery gave us a black mark. It was the seventh tie-break in the championship Surgut, four of which we won. but this, as it appears, may not be enough to return to the playoffs. Just may lack these two lost tie-breaks with ASA. Ну и поражение от «Новы» сидит занозой в сердце.

However, back to site. Expense in the first set grew swings - only the amplitude of the owners was not an example of wider. Surgut flew immediately with 2:3 on 2:7 the planner Petrovs (Yes, reception - this is our favorite). Schadilov replaced Aksyutina and went to attempt to win back - covering Pyatyrkina, our creaking, but we implemented several doigrovok, 9:12 instead 5:12. Hosts "rocked" the situation in their favor - Schadilov takes on the opponent, Kastylenka not scored, Muse is removed only at the level of 10:16. ASA is also not perfect in attack, but we once again give a chance to practice on the rolling ball, Nikonenko cope, 12:18. Muse implements three attacks, 15:19, but his effort is not enough. In the end - the continuation of "Benefit" doigrovschikov: shot out, reception on the side, and their own chance of rolling a ball used creatively, flick of the wrist ball goes out of bounds ... The chances of such a game is not, 17:25. The general feeling after the first set - the young man playing with men.

In the second set instead Schadilova came Boldyrev, Rukavishnikova replaced Habibullin. Passes from Artem went sharper and more vivid, He tried his best to avoid the attacks of the fourth zone - in the center of the grid played Chereiskaya, more aggressively gone case from Muzaya. As a result - an equal game, 6:6, 11:11. Markin and covered block Nikonenko, Pyatyrkin hit out of bounds, passing the ball to the line, 15:12. But then - feeding into the grid, eis from Nikonenko unit and Andreeva Dovgan, 15:15. With the score 17:17 Kastylenka once again knocking on the block, Markin and later accepts and confidently hammering, bringing forward the ACK, 18:19. Cyril Alexandra example to inspire, again "pot" - time to go back Rukavishnikova. Andreev glider torments our first captain, and then a bullet Ace in Salparova, 18:22. Generally, and there was a separation of the desired owners in the end - point puts Wendt (21:25), and I do not answer the question: what with the tenacity to serve Melkozerova? He brings to the nose binder.

The third set - it, in fact, Duel Muzaya and Wendt. We drag the attack of John in the protection and the Muse throws off the boiler, 4:1. It is a quick timeout Igor Shulepova. Does not help: Pyatyrkin hit out of bounds, and in the overture Kastylenka protracted draw hits on the fingers, 10:5. Next - a duel. Vyendt 12:9. muse - 13:9. Muse in protecting drags zubodrobilny blow Wendt and scores - 14:10. Wendt answers, 14:11. Ace John reduces the distance to a minimum, 15:16, Muse hammering the ball into the area from the fourth zone, 17:15... And so on in the same spirit. In the end we have a comfortable balance 23:20, but as for the replacement Piraino delivers network, Wendt and after its own powerful supply implement doigrovku, 23:22. Fortunately, on this adventure to an end - Wendt takes into touch, and the point of putting the right ..., muse, 25:23. Boys partially re-classified in men.

The fourth set - equal start. The "Gazprom-Ugra", seem to be, the new leader of the attacks - Denis Chereiskaya. He scores all in a row - and the rise, and enters zone, and reserved balls twists as expected, and low gears to cope ... But, Pyatyrkin steady hand beats two aces - power and shortened feeds, and displays the home side, 8:11. Our fight - a great chance to equalize uses Kastylenka, 11:13. Chereiskaya waiting, but to sense something, 12:13. Well - Markin unit, 13:13. Another attack Chereiskaya and two errors in the ACK attack, it would seem that, overturn the game, 17:14. But Pyatyrkin after a timeout to star, Boldyrev and beats into touch ... As a result - another ending validolnaya, Markin two-handed throws the ball from the block, 20:20. With the score 22:21 Nikonenko not puts the ball in the box, and then Teodor Salparov great in protecting, Maciej and effort to accurately platform angle. Pyatyrkin pipe regains a set-ball, and the tie-break match supply translates into touch Markina, 25:22. men, that here.

In the fifth set, "Gazprom-Ugra" to scratch breykovyh ball after touching Nizhegorodtsev grid, 5:4, and before changing sides block Muzaya Pyatyrkinu extend their guests to two goals - 8:6. Immediately karma gives presents back - Muse in turn knocking on the block, and Pyatyrkin beats ace, 8:9. The decisive spurt owners make with a mark 10:11 - Kastylenka not scored, and grand master Markin first clears from block, and then takes off in style a la Ngapet, 10:12. The next draw attack Muzaya volzhane miracle scraped off the floor, and in the second attempt Maciej, so as not to intercede for the three-meter line, reaches for the ball and hits the departing out of bounds, 10:13. Begin timeouts and tactical views, muse rehabilitated, Wendt breaks out in attack, 12:13. Pluzhnikov fed into the grid - Muse removes the ball from the unit out, 13:14. On the supply goes Aksyutin, risks, and aut ....

Everything was near, but not grown together little. What remains to us now? Continue to play every game to win - and there come what may. As shown by the game in Nizhny Novgorod, give up is not necessary in any situation, everything is possible.