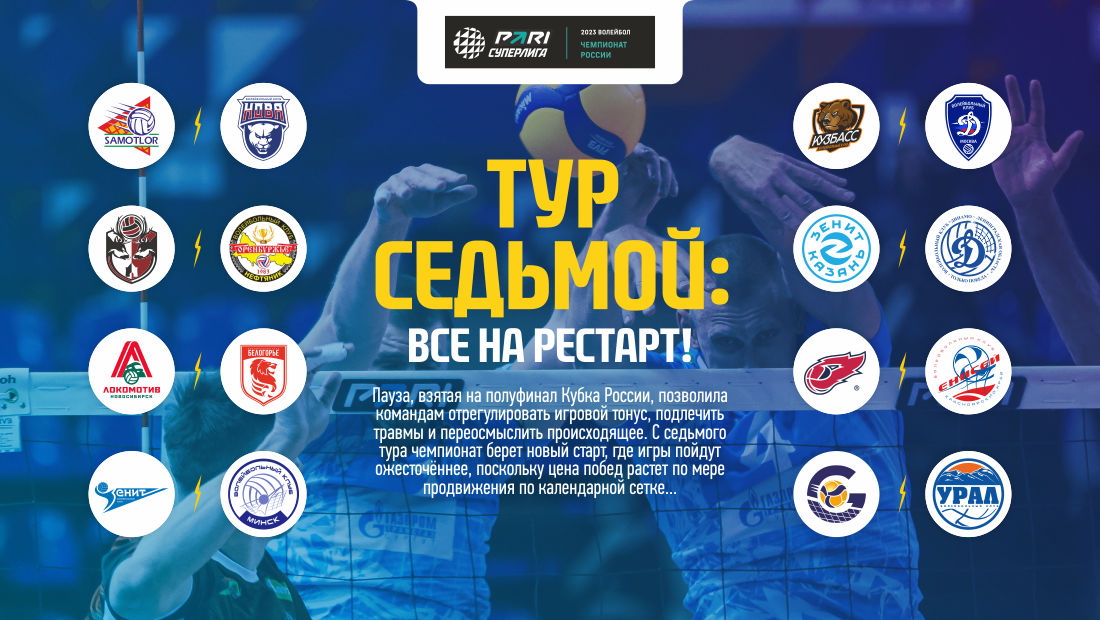 Pause, taken to the semi-finals of the Russian Cup, allowed the teams to adjust the playing tone, heal trauma and rethink what is happening. From the seventh round the championship takes a new start, where the games will get fiercer, as the price of wins increases as you move up the calendar grid. This is pure psychology and a bit of mathematics., no one will talk anymore: "that's all right, this is just the beginning and everything is ahead”.

At the Volga on the banks of the Ob appeared, perhaps, the first real chance to remove "zero" from the column of victories. The team deserves it, but merit does not win, and specific people at specific times. And we even know these people - Savely Pozdnyakov and Maxim Shpilev probably have something to say to their former teammates. The potential of the current Samotlor is still somewhat of a mystery. The team can "drag", and maybe limply yield - how the "chip" will fall. The secret of the "chip" is elusive, and even the reinforcement by Miguel, who plays the gamer, does not yet look like such in fact.

ASC is vital to "lick" the last wounds, and the home match against Neftyanik is almost an ideal opportunity. Orenburgers in the last round perked up, beating Samotlor at home, and in the semi-finals of the Russian Cup did not look like whipping boys in a very solid company. But still, if Nizhny Novgorod doesn’t beat Orenburg at home, then who? The match will answer many questions at once, and not only for playing teams, and personally it will be interesting for me to watch the duel between Vasilyev and Zheleznyakov.

Lokomotiv has not yet licked all its wounds, and Belogorye will come to visit in high spirits after the cup battles. Nevertheless, Plamen Konstantinov has a little more room to maneuver: with the appearance of Luburic, Kazachenkov can go to the endgame and build up attacking power on the edge of the net. In this case, the tactics of the guests is understandable - to take Kazachenkov out of the reception, in order to limit the "pernicious" impact of the Siberian centers. Basically, there will be a game of equal opponents, which does not exclude all kinds of sensations in both directions.

Petersburgers, with all their desire, will not be able to lose to the Minskers. Probably, having warmed up, the base will go to inspect the match in a square, allowing Anderson to practice diagonally, and maybe in the game. Minsk Youth, probably, it will be useful to have another lesson, that's just Superleague - not a school or even a university.

Relatively recently, this sign would have been loud, and the hosts would be considered the favorite. However, now it's interesting too. Once Pankov lit for Kemerovo, and Babeshin developed as a coach at Dynamo, Markin, yet again, can remember alma mater. If you remove the nostalgia, then the question remains: how Kemerovo without Obmochaev will be able to cope with the pressure of Muscovites on the pitch? How to stop Vlasov and Likhosherstov? In the replay, Pakshin and Markin/Karpukhov can fight on a good day, Yes, and Klets is not a bastard. So to speak: if Kemerovo give the best game, and an epidemic of marriage will attack Dynamo, then options are possible. In other scenarios, there is only one option - Muscovites will take a consolation prize for failing in the Cup.

Klimkin, proved to be a prudent tactician and somewhere even a strategist, is unlikely to throw the recovering Biryukov and Ivovich into the Kazan furnace. That is, I do not believe, that Dynamo-LO will put everything on the result in Kazan. Will fight, of course, to maintain game tone. Verbov, of course, don't relax, Yes, he won’t - for the same tone, the hosts will play for all the money. Potential intrigue in the match, certainly, there is, but hardly implemented.

Fakel extinguished in Ufa left for a long debriefing and now must be rehabilitated, slowing down the Yenisei, which gained momentum. By strength? Quite. Krasnoyarsk proved, what the underdogs don't want, Great. But "Torch" wants a little higher, and has everything necessary for this. The hosts will try to dictate terms through speed and height, guests can resist through patience and pure play. Sofa advice to Fakel - do not apply to Yanutov, "Yenisei" - to make Grankin run. Matcha cherry: confrontation between the coach-father and the diagonal-son.

Wanga is on a merry-go-round: 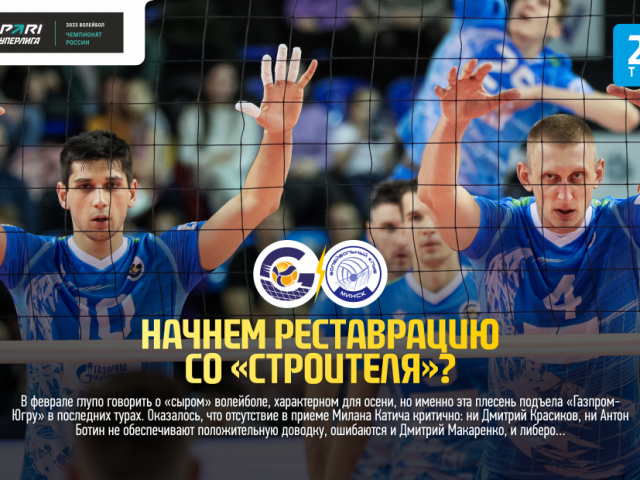