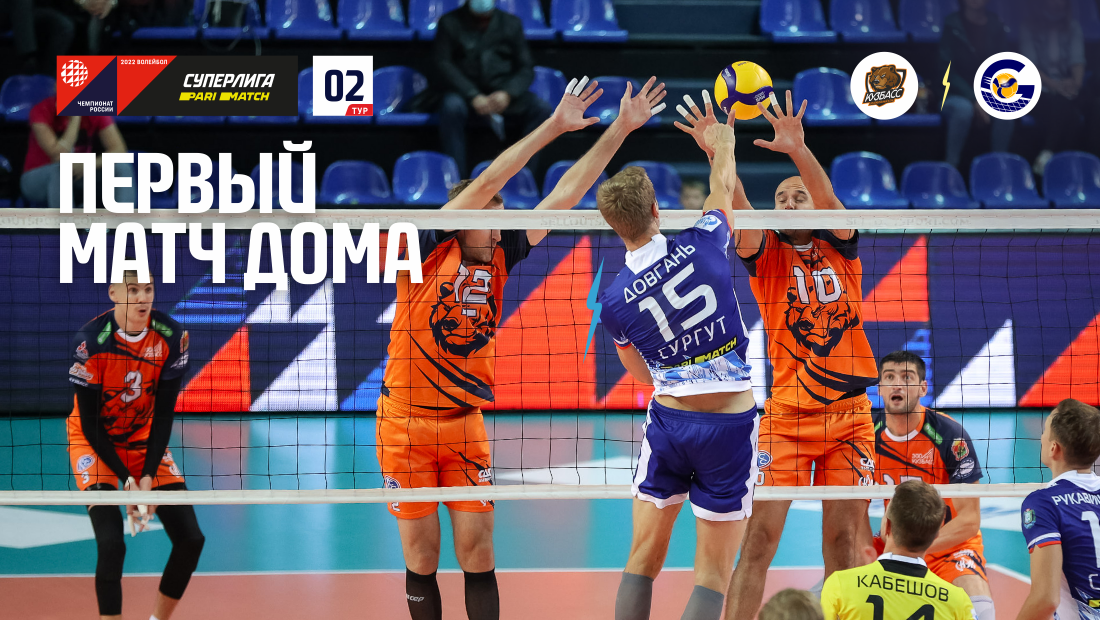 Gazprom-Yugra on Saturday opens the Super League season at its home Premier Arena. Opponent - Kemerovo "Kuzbass", with whom we have already met twice at the preliminary stage of the Russian Cup and lost in both matches. So the favorite is clear, but the Russian championship is a completely different story! And the residents of Surgut will make every effort, which has recently increased, to win.

For victory, however, went to Surgut and "Kuzbass", loser in the first round at home to Dynamo-LO 2:3. Pine fighters in the offseason noticeably strengthened and managed not just to ruffle the owners, but also snatch victory on the flag. "Thanks" to this, the residents of Kemerovo will enter the Premier Arena site as collected as possible and eager for immediate rehabilitation..

The composition of the "Kuzbass" for a feast for the eyes, and the diagonal line Alan Souza - Vitaly Papazov looks nominally the strongest in the league. The Brazilian after leaving the Wallace national team became the main weapon of the South Americans, and Papazov does not need to be specially introduced to the Surgut public, he drank a lot of blood from Gazprom-Yugra last season, speaking for "Ugra-Samotlor".

Olympic champion Alexander Butko passes in Kemerovo, libero - Olympic champion Alexey Obmochaev. But the matter, of course, not in ranks: the same young Yegor Krechetov quite skillfully replaces Butko. At all, despite the almost complete rotation of the championship squad 2019 of the year (only Anton Karpukhov and Inal Tavasiev remained), the team does not look weaker: Markin, Gray iron, Shcherbakov, the same Surgut favorite Petar Krsmanovich. May be, the average age has become a little higher (remember the young Roman Pakshin!), no wow factor like Viktor Poletaev, but the selection of players with the calculation of the fight for the podium.

As for our team, I liked the game of the first round in Novosibirsk, despite the defeat by Lokomotiv. Who saw, he will understand, that it was incredibly difficult to resist the filing of Novosibirsk, - such episodes happen once a year. Otherwise, we fought almost on equal terms. Yes, there are still some roughness, tactics are still forced to adapt to the functionality of the players, but even Aleksandr Okolich played quite well from sight. We will not give out advances before the game, but there is a feeling, that Gazprom-Yugra can add and create serious problems for Kuzbass.

At all, you will not envy our team at the start of the championship - it holds five meetings in a row with the participants of the Final Six of the last season, after "Kuzbass" we are waiting for "Zenit-Kazan", Dinamo and Fakel. In this difficult start, the guys really need positive emotions.. Therefore - come to the match, support your team, become the seventh player on the court! Let's organize a volleyball holiday together and give our guys an additional positive impulse.