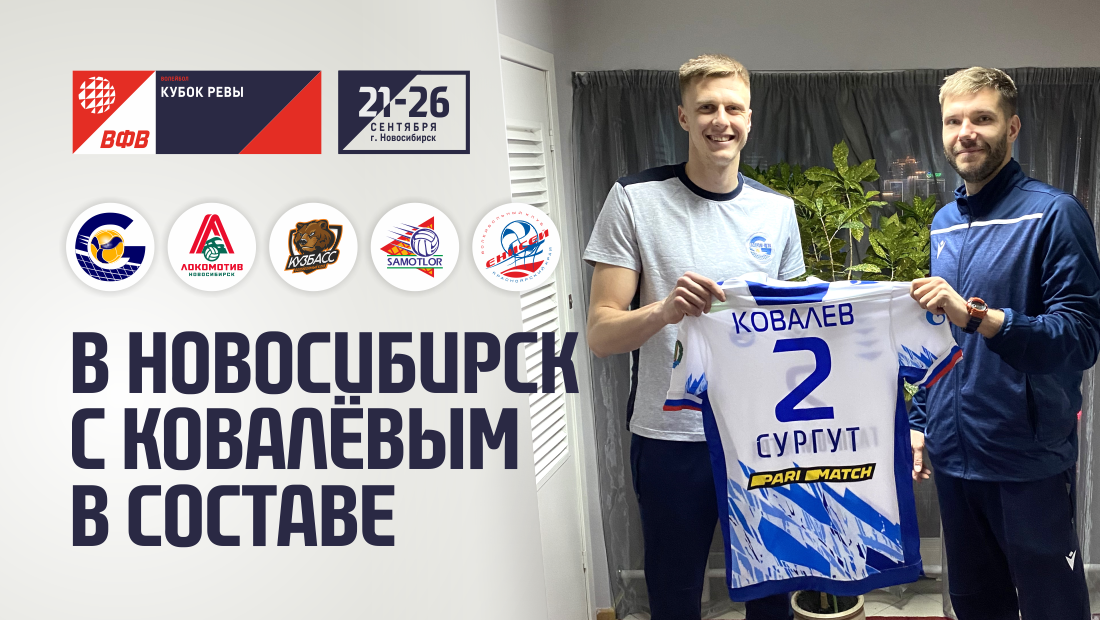 The second round of the preliminary part of the Russian Cup will start in Novosibirsk tomorrow. The home tour has become an enticing one for Gazprom-Yugra - as a result, the residents of Surgut have so far only a gradual set of playing conditions.. The past week was marked by training in Surgut, the team went to Novosibirsk in a good mood.

The day before, Ilya Kovalev, an outplayer of the Ukrainian national team, joined his partners, having had a couple of trainings with the team. We welcome Ilya to Gazprom-Ugra, we wish you a speedy adaptation and hope, that with his arrival, the game in the fourth zone of Surgutyan will reach a qualitatively new level. The search for the necessary game connections will take place already in Novosibirsk, before the start of the national championship, the guys have time to find a common playing language.

Our first rival in Novosibirsk is Yugra-Samotlor from Nizhnevartovsk. Vartovans entered the season earlier than Surgutyans, having played the Platonov Memorial in St. Petersburg, and on the first round in Surgut they looked more collected, were, what is called, on the go. I was pleasantly surprised by a bunch of young pupils of Novosibirsk volleyball Maxim Kreskin and Maxim Sapozhkov, who provided the difference in the first match of the two Ugra teams. Tomorrow we will see, what has changed in the game of old rivals. Preparation for the championship in the Russian Super League continues, Gazprom-Yugra will fight in Novosibirsk!

day five: fight and seek
We invite everyone to the pre-season press conference
Last news