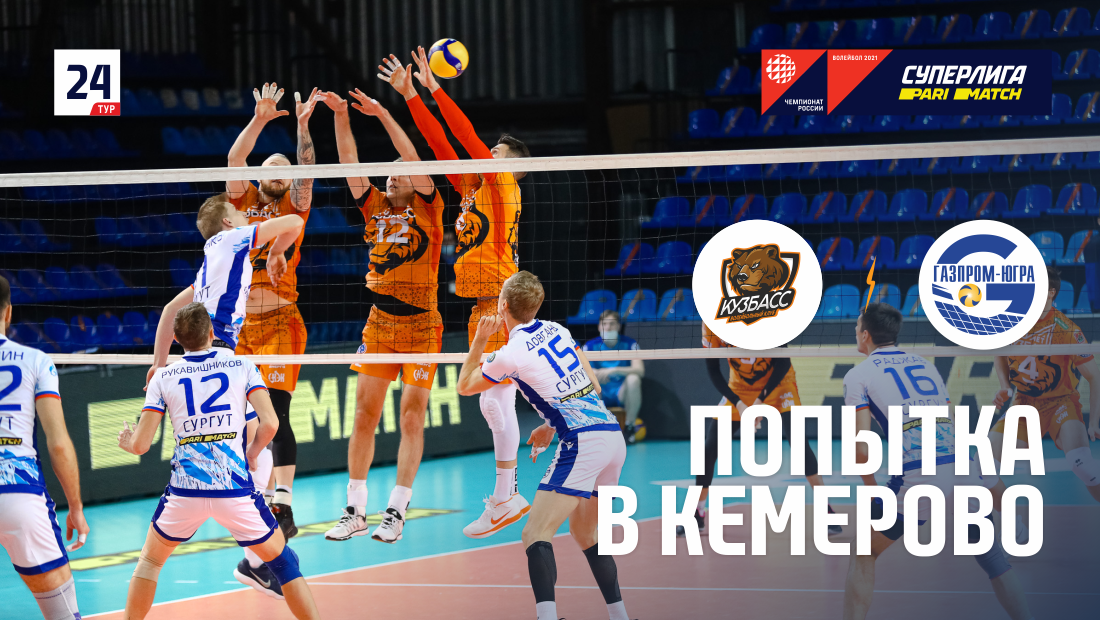 Gazprom-Yugra to hold this Saturday in Kemerovo, visiting the local "Kuzbass". There was a time, when the residents of Surgut carried out the residents of Kemerovo from the playoffs, but now times are different. But at all times, volleyball remains an exciting and entertaining game., which we have the right to count on in the upcoming fight.

For the third season in a row, Kuzbass has been in the top of Russian volleyball - becoming the champion in 2019, Kemerovo residents have lost many players, but not strength and style. Alexey Verbov trains them now, and in the composition of many stellar interesting faces. Here and Ivan Zaitsev, introduced to Siberia by coronavirus, and our good friend Petar Krsmanovich, and a resident of Surgut by origin and volleyball education Igor Kobzar, and the best blocker of the championship (how many times!) Mikhail Shcherbakov. And also experienced Alexander Markin with Evgeny Sivozhelez, and also Anton Karpukhov, Olympic champion Alexey Obmochaev, Inal Tavasiev with promising Roman Pakshin and Yegor Krechetov, and, of course, another good friend of ours Bogdan Glivenko. Combat composition, playing and competing for the championship podium.

Recently, the team has been pretty shaken around the cities and villages, what did the trip to Belgorod cost. But now the residents of Kemerovo are at home, they rested and wish, naturally, show yourself in front of your audience in the best light. Moreover, they also need points - despite the handicap of four unplayed matches before Zenit Kazan, while Kuzbass concedes one victory and second place to them, qualifying for a direct hit in the Final Six.

So everything will be grown up. In such matches, it is especially interesting to look at today's Gazprom-Yugra. 2021-the year already taught us, that the team can play on an equal footing with any opponent - so let's see, what will happen with "Kuzbass". Favorite known, but such an underdog, like Surgut, capable of surprises. It is imperative to maintain your line of play, built on tenacious defense and fast attack. Generally, volleyball is a chain of interconnected elements, starting from filing, and if this chain goes on, but don't be torn, we can find counterarguments against the same fast and aggressive game, which Igor Kobzar and his attackers love.

We will see, who will win. Let's not evaluate the chances of success, just wish our guys good luck.