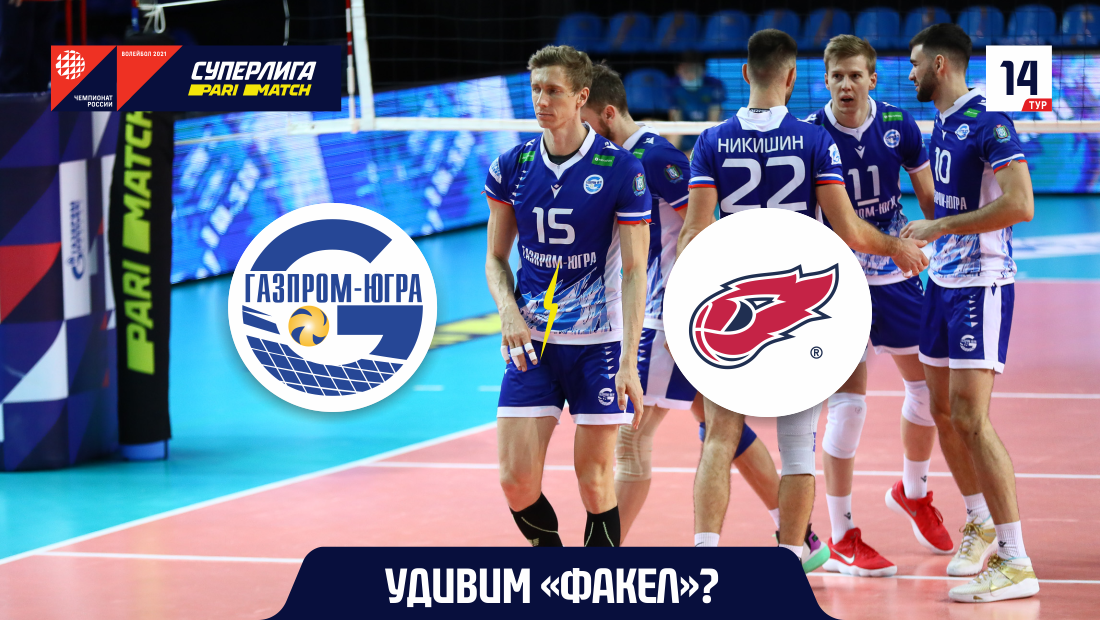 On Saturday, 19 December, Gazprom-Yugra will play the last home match of the outgoing difficult year. The opponent is also not easy - the Novy Urengoy "Fakel". The teams have already met in Novy Urengoy, and then the hosts turned out to be stronger with a score 3:0. Our guys actually played as a youth squad, which does not detract from the power of the "Torch", but adds hope for a return meeting.

Especially, that the "Torch" has been performing unevenly lately. Having beaten the capital "Dynamo" at home and away the St. Petersburg "Zenith" (and dry!), then the Moscow northerners slowed down, losing at home on a tie-break to "Yenisei", and then completely received a "cracker" in Belgorod. So "Fakel" will arrive in Surgut in an amicable way, evil and aimed at victory. Well, we are always happy to test our strength with such a rival!

If we talk about the composition of the Novy Urengoy people, it's an amazing thing - every year the team loses leading players, but remains among the leaders. The explanation for this, probably, in good safety factor, intelligent selection and the Italian specialist Camillo Crying, which the, by the way, may not come to Surgut. Anyway, in Belgorod he was not and this, certainly, one of the factors of local defeat.

Compared to last season, the starting lineup of Fakel has changed exactly by half: Igor Kolodinsky was replaced by Croat of Belarusian origin Timofey Zhukovsky as a binder, another Belarusian Denis Bogdan replaced his fellow countryman Yegor Klyuka, and in the diagonal appeared Maxim Zhigalov. Yes, in the center of the grid, Alexander Gutsalyuk, who once played for Gazprom-Yugra, was joined by another of our former player Alexey Safonov. And the positions of Dmitry Volkov and Eric Shoji are unshakable, when they, of course, are in good health.

Rotation in the "Torch" has sagged a bit since then, when Ivan Yakovlev and the same Bogdan were in reserve, but even here there are trump cards for strengthening. Generally, the team is quite combat-ready, unyielding, able to beat anyone. But it can also yield, judging by the results, also quite unexpected. However, "Gazprom-Ugra", chopped off a set from "Kuzbass" and almost drove St. Petersburg "Zenith" to a tie-break, will not wait for favors from the volleyball gods and will try to clean up the threads of the game in his hands. It's only a pity, that the match will be held without spectators again, which will undoubtedly reduce the emotional component, которая играет в современном волейболе огромную роль.