The season for assassination

For, to evaluate any deal, it is necessary to look the part. pair held after the completion of the last game of the championship week, passions have cooled, season actually ended, at least - for the "Gazprom-Ugra". You can easily look back and draw the first conclusions.

They are: we have seen the emergence of a new team, where changes in the past have on all lines, fundamental changes. If you look at the record of the game, "Gazprom-Ugra" at the finish of last season and compare it with the latest games of this, you'll see the difference with the naked eye. Although the team, and this completed the preliminary stage of the championship in the same positions, business in a potential difference.

I will assume, that if the succession lasted preservation as part of the same Cyril Ursova, today we would have smoothed a painful search for himself in doigrovku, and would have gone more smoothly tournament distance. But on the whole team needs to be transformed - and it received. I was fighting run-in, I see their strengths and weaknesses, most importantly - felt the potential for further growth.

obviously, that the bet was placed on a powerful diagonal - so the team came Maciej Muse. physique, youth, operability, character - the Poles were and are all qualities, which perfectly fit into the system of "Gazprom-Ugra", whose main goal - the disclosure of the players opportunities. Pole played many, I received the lion's share of transfers and on the right was the best scorer of the Super League - is, that is visible to everyone.

Not seen the work of the coaching staff, doctors and physiotherapists, not seen a team atmosphere, everything, that surrounded Maciej Surgut and enabled him to grow. turn, as he himself said,, from youth to man in the harsh conditions of the Russian Superleague. Once in Surgut as Konstantin Bakun career restarted, Now - raised capitalization Muzaya.

The dependence of the game "Gazprom-Ugra" from the main scorer of conditions is high - it is a conscious choice of team orders. Not surprising, curve personal statistics Muzaya, sagged slightly in the middle of the season, correlates with substantially similar command curve, superimposed on January unfortunate defeat in Samara and Nizhny Novgorod. However, the balance of power in the season like this was planned - lapping and racking in the beginning, patience and risk minimization in the middle, powerful spurt at the end of a coasting to the finish line. It turned out not all, but the game is different from mathematics.

Finish almost turned, circumstances intervened very different properties. In the game with "Torch" summed psychology, against "Dynamo" played at the empty stands, losing the necessary emotional background, well beyond the sport completely penetrated by external factors, slammed for some time door gyms - up to the Olympics ...

But there was after all, a strong-willed victory over "Dinamo-LO", and taking uneasy "Yenisey" Krasnoyarsk, and - dry victory over Kazan "Zenith". G, anyway, team played, and not only by one Muzaya - it is simply impossible in volleyball.

In the shadow of the Pole in the "Gazprom-Ugra" I started to unfold another talent - Denis Chereiskaya. Starting players and Youth national team, Denis a few lost in the adult volleyball, insuring more experienced partners in the St. Petersburg "Zenith" and "Ural". Surgut he got an iron place at the site and was second in the Super League on the number of delivered units, behind only one beneficial effect from Dmitry Shcherbinina. Now we can say, that Denis could easily block the achievement of the player of "Locomotive", if it was not played in the last two games with a fractured thumb - hence the lackluster numbers in the personal statistics reporting matches. However, is to pay tribute to the courageous decision of the player to play the game on injections - it says a lot about his character.

Along with not so noticeable, but steady progress Artem Dovgan, Chereiskaya game allowed the team to close the "gap" in the center of the grid, which, it would seem that, there could be formed after leaving the same Safonov and Krsmanovich. And not only close, but also look at this position in a new way, to step forward. Surgut unit, retaining height, become more agile and, that is, reliable, attack in the center of the grid represents a significant threat to (62% and efficacy in Chereiskaya 58% in Dovgan). Plus two major central line have their power supply atypical for players. The obvious line of work - the team still need at least one central perspective to ensure an equivalent rotation. Aleksei Pluzhnikov adequately played its episodes, He contributed greatly to feed, but here need four able-bodied men.

We turn to the pain point of the season - doigrovku. The gap in the course of the championship, with varying degrees of success, seven players have been viewed (Kastylenka, Schadylov, Emma Bunton, AKSYUR, Boldyrev, Avdochenko, Kozlov), but it has not appeared backbone Player, which would be able to fully ensure growth point in the fourth zone. Hence, variation - on every game that came out, who is more ready to date. And in this series obviously stands out the team captain Cyril Kastylenka. He milled huge amount of work, to bear a huge burden in the reception (48% effectiveness 493 actions) and while maintaining a decent efficiency in attack (43%). It is - at least - the fulcrum, if not growth.

But on the second position more questions, than answers. maybe, here I would be able to reveal Paul Avdochenko, but his place legionary at the site occupied in the course of the season came Teodor Teodor Salparov. Nevertheless, Paul was an excellent role players, out to enhance the supply and contributed to the victory in several matches (remember the game "Ural" and "Dinamo-LO"). Leonid Schadilov did not gain the necessary stability, Ruslan Galimov lost the competition before entering the site, although the claims against him for giving and approach to work no. Alexander Boldyrev, who joined the team after the New Year, It showed the finish ribbon good efficiency in attack (52%). However, obviously, doigrovku that it requires the most careful selection of the off-season: until there is a loop of, what is necessary.

Two words I want to add about the captaincy Cyril Kastylenka. The new team needs a few locations on the support site, and the coaching staff wisely, Miscellaneous burden of leadership. See, what happened in practice: Eugene stood on the site Rukavishnikov / Artem Habibullin, leaders by virtue of their role, Maciej muse - the leader of the attack, Teodor Teodor Salparov - leading experience, credibility and mentality, plus captain Kastylenka. Such conglomerate is possible only in a healthy collective adherents, and then it becomes an advantage in the game time, since each of the leaders has its function, aware of their place and their responsibilities, substitutes shoulder each other, help and support, most fully showing their best qualities.

In this sense, it is difficult to overestimate the role of Theodore Salparova, appeared in Surgut during the season. In fact, he became, if not a full-fledged player-coach, its prototype, conductor coaching ideas within the team. Thanks to his authority, Theo has established the necessary connections, strengthened morale, instilled confidence in the players, He led them away. mental leader, he has shown in the game, that is still very much able to. His replacement Gregory Dragunov for objective reasons, spent on the court much less time, but it took a lot from the master in the training process.

And finally, analyze the game tie. The first half of the season on the court more time spent Artem Habibullin, but at the finish he was replaced by Evgeny Rukavishnikov. Artem - volleyball artist, his design of the game is beautiful, and he was - involved one hundred per cent and expressive. This is its advantage, who can handle and disadvantages: he prefers not always reliable opportunities to be creative, as well as the expression may make partners, and shoot them with the required rate. Artem such, some have, remodel it later, and not for nothing - he has contributed to the overall result, playing versatile and sometimes virtuoso.

Another thing, the team that at certain moments required stability, predictability, multiplied by the quality - and then gradually came to the fore Rukavishnikov. Gradually - because just the quality of his first noticeably limping: trying to disperse a quick game, Eugene often pinch the situation, setting the stage for the attackers in difficult conditions. But time passed, and experienced player lined path, I found the necessary connections - the same Kastylenka put a lot of balls to not to run, the flying unit, and even at all without it - with fast transmission Rukavishnikova. Willingly play connection with the first rate, It has variativnoj feed, at heart - a fighter. Generally, a binder and if there were complaints, they wore, what is called, working, not systemic in nature.

What could wipe this team, if not for coronavirus? The question in the subjunctive implies obviously biased response. Keyword - "wipe". Last season - a swing with an eye to the future, largely painful stage lapping and formation. true, what will be the future of all of us, today just do not tell anyone. Will hope, that everything returns to normal, and next season we will see the "Gazprom-Ugra" at a new stage of its development.

how, by the way, and "Star of Ugra", daughter team Youth Volleyball League. A year ago, there have relied on very young promising players, which successfully took place at the bottom of the standings. Today, they are already in the middle of it - in eighth position, though still perhaps the youngest in MVL. G, perhaps, they the most important asset, "Gazprom-Ugra".

Twenty games "Gazprom-Ugra". How it was. Part 2.
Decision is made
Last news 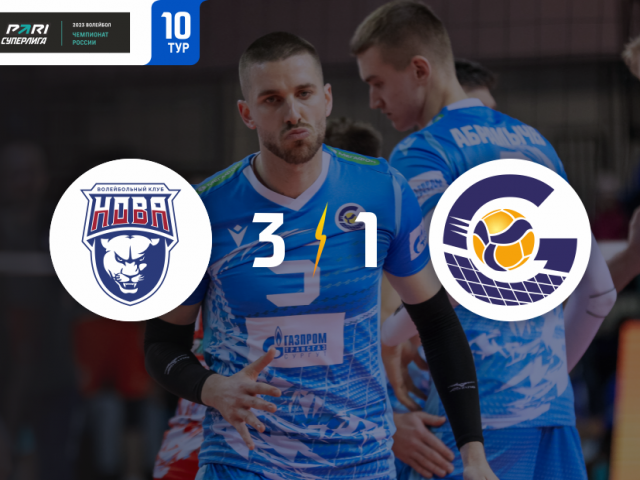 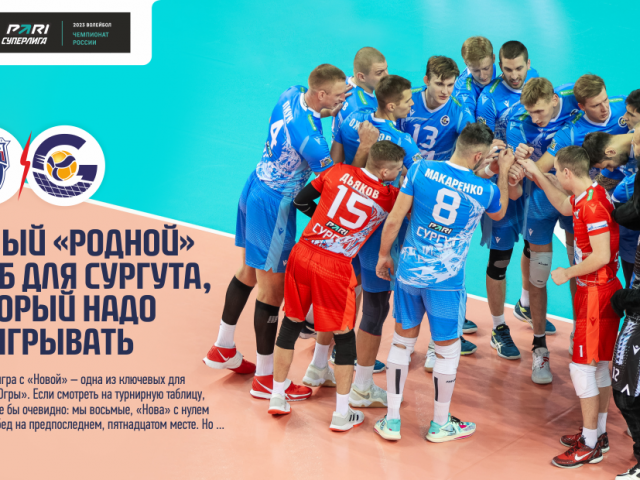 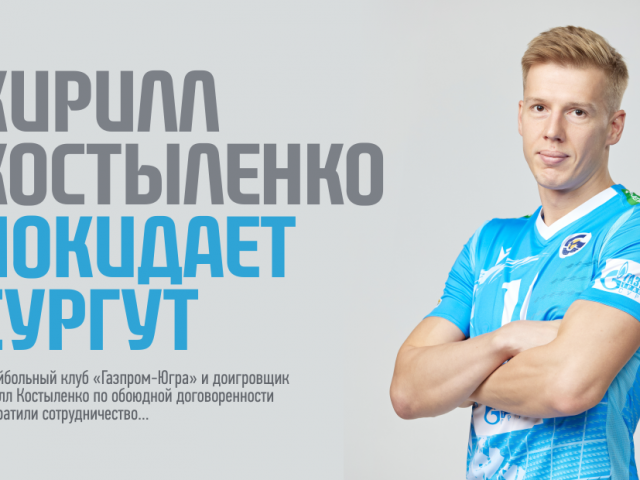 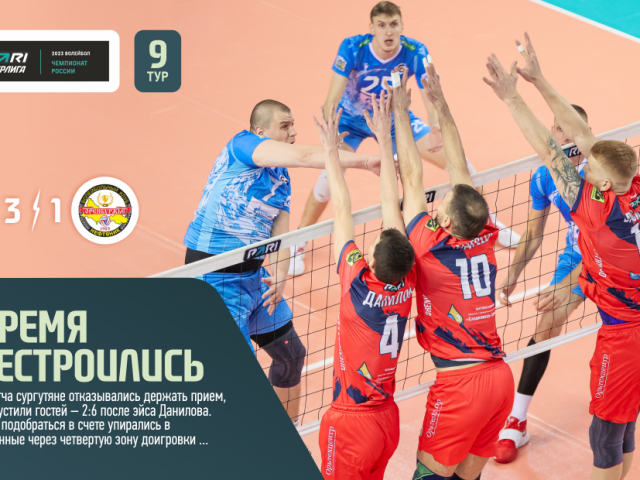 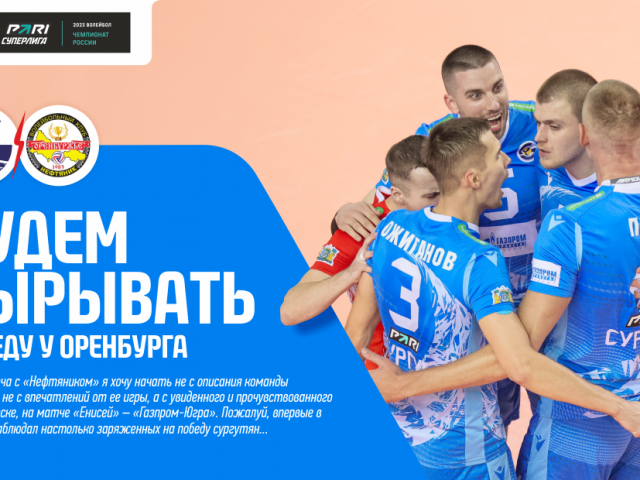 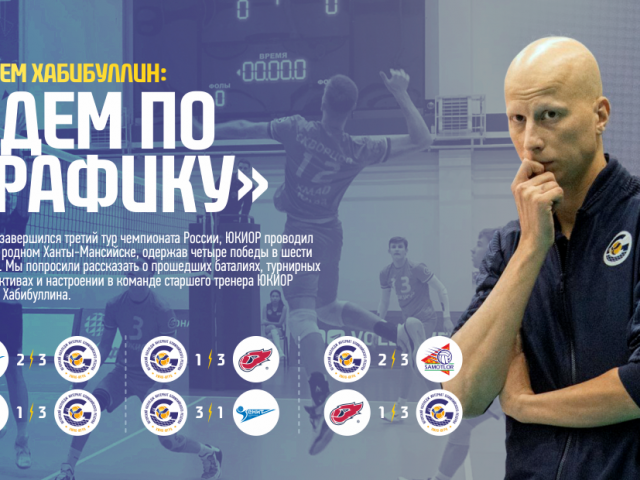 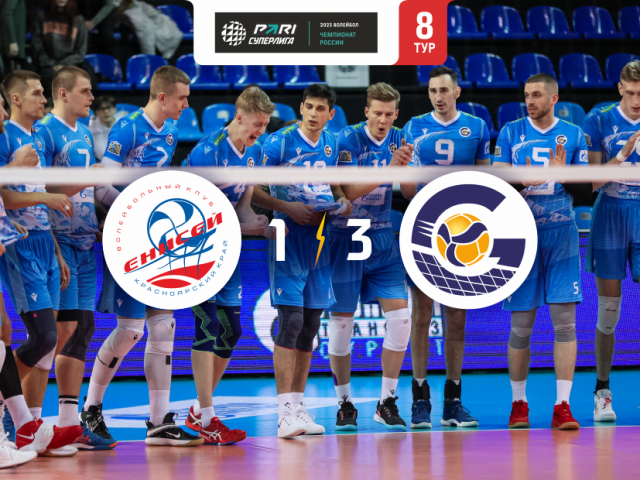 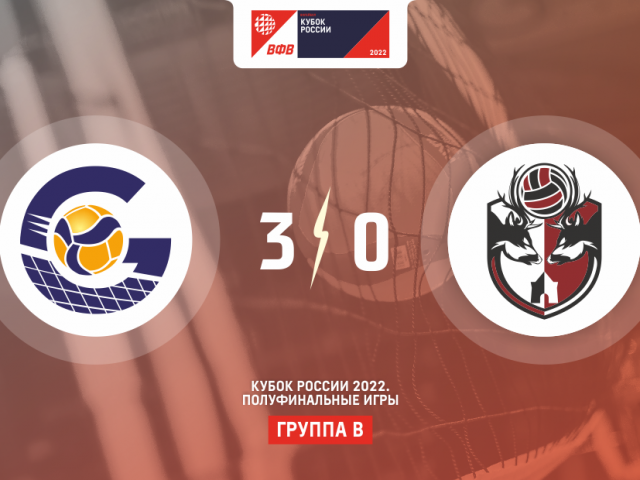 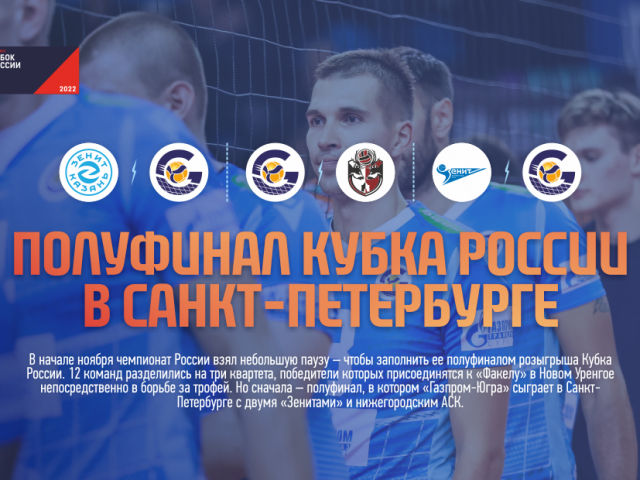 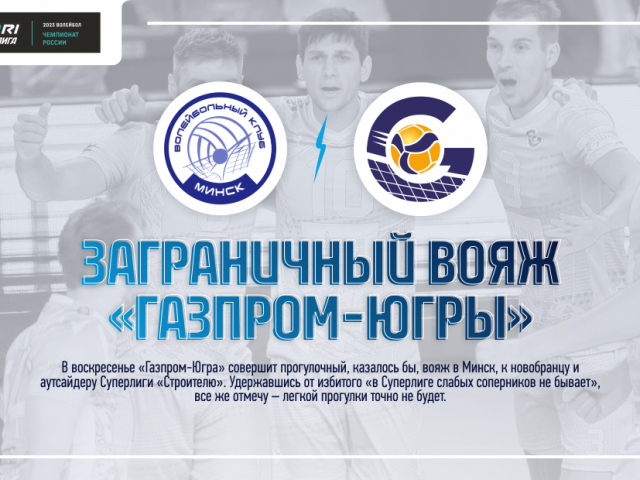