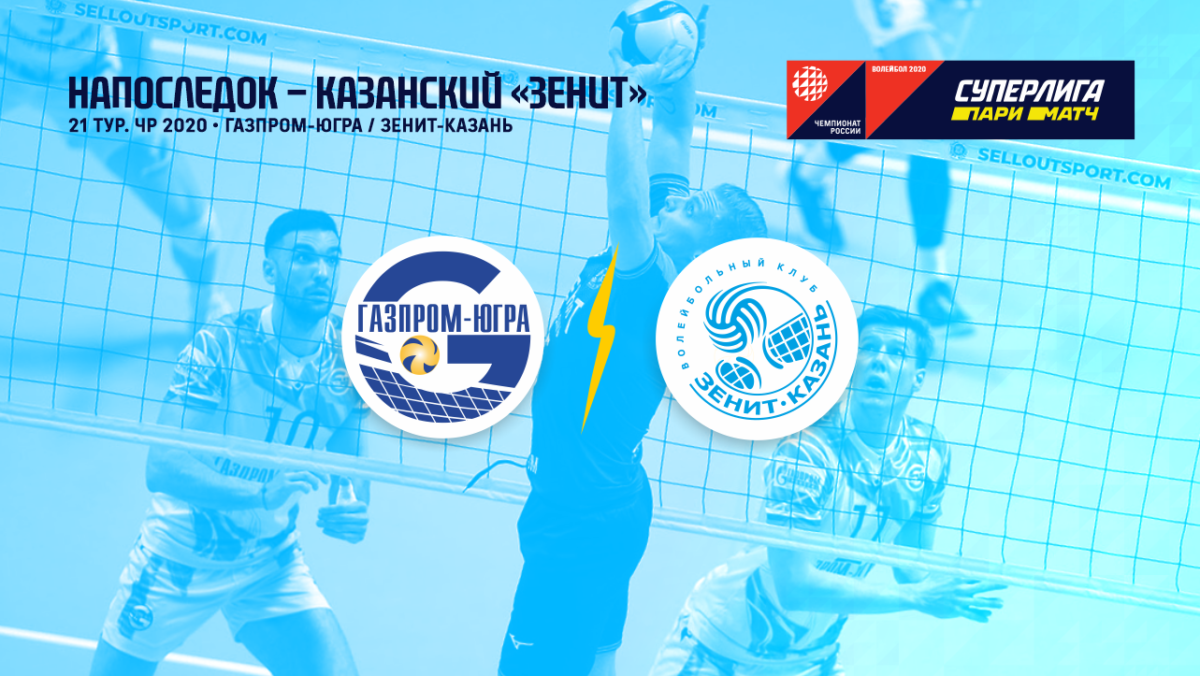 On Saturday completed a preliminary part of the Russian championship in the Super League PariMatch. For "Gazprom-Ugra" - home game with Kazan "Zenith". To list all the titles of our opponent's hand will get tired, one Champions League - six wins. In the current season, true, just off the Champions League has not developed, two optional destruction left behind the tournament Kazan.

But in the domestic league, in spite of the "whole" two losing "Kuzbass" and "Torch", things are much more fun. While Kazan are in second place, but in the case of a victory over Surgut and in the case of misfire "Locomotive" in Ufa and can climb on top. And it, by the way, It gives the opportunity to spend six finals at home.

However, and perhaps more important for the outcome of the game Surgut Ufa, than the result of his own battle with the "Zenith". Just because, that beat Kazan and stake thus a place in the play-off will be incredibly difficult. This is confirmed by the recent meeting of rivals in Kazan, where he played the transferred match of the 10th round. remind, what 26 February "Gazprom-Ugra" without any chance conceded 0:3.

clear, that the house and the mood will be different, and the game can get quite different. But to compete with the "Zenith" to us for obvious reasons difficult - different teams have weight categories. Nevertheless, the attempt - not torture, We will try.

Today at the "Zenith" is completely refreshed a couple of Legionnaires', with which the club has achieved the most significant progress in its history. Gone Matt Anderson and Wilfredo Leon, and the club fell back several positions with impenetrable leader not only in Russia, but also the European volleyball. In order to keep the model of three powerful "corner" attackers, long-term diagonal team and the Russian team Maxim Mikhailov coaching staff moved in doigrovku. second doigrovschik, leader of the French team Erwin Ngapet, however, It takes less power, much ingenuity, cementing parallel reception team and goading variativnoj an opponent. And in this season diagonally with varying degrees of success conducts another elite diagonal, who went out of the camp of the winner of last year's Champions League, "Chivittanovy", Bulgarian Tsvetan Sokolov.

Passes in the "Zenith" is still the Olympic champion Alexander Butko, but as a coach - another serious change. Years of head coach Vladimir Alekno conceded the wheel beginners, in the last season, comes out in the form of a libero to the site. Speech about the famous athlete Alexei Werbowy, get rare carte blanche for building a new career in volleyball.

clear, that all these permutations can not affect the team - hence the failure in the Champions League, and sometimes rough game. But in general the weapon of "Zenith" on the spot: powerful attack, crushing feed, long bench. by the way, replacement of the square - there is also a lot of famous names. At the site of central strikers is constant rotation Artem Volvicha, Alexei Samoilenko, Vadim Lihosherstova and Alexei Kononov, doigrovku insures player of team Russia Fedor Voronkov, and the strengthening of supply meets one of the top feeder countries Andrei Surmachevsky. Understudy Sokolov - recovering from the trauma of Denis Zemchenok etc.. sorry, it did not mention all, just summarize: team of well-stocked, and certainly will fight for another title (and the Cup of Russia 2019 of the year, taken by most New Year, at the "Zenith" is already).

As for the "Gazprom-Ugra", then at least our friendly team holds the current short-season under the slogan "What is bad luck and how to deal with it". Four optional defeat put a team dependent on external circumstances. Nevertheless, from Surgut have a good chance to put a fat semicolon, show a good game against a notorious favorite.