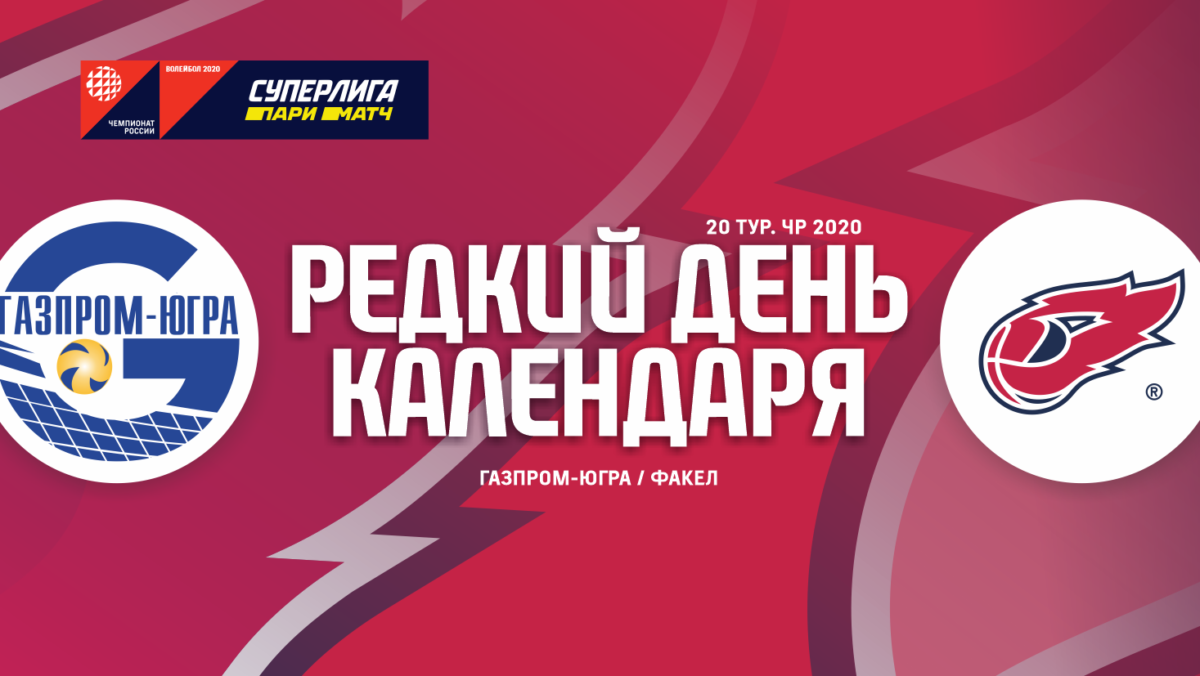 29 February - a rare day in the calendar. Our profile European Confederation announced its "One more day of volleyball" (#1dayMore4Volleyball) - under a deal across the continent will be hosting various fun volleyball. We also, Surgut, It will be fun anyway - a match with "Torch" will be, perhaps, the most important for "Gazprom-Ugra" in the whole season.

We have already met with "Torch" in Novy Urengoy not so long ago, 14 December last year. conceded 1:3. Then Yegor Klyuka earned us 19 points, and Dmitry Volkov just got the injury, from which only just recovered and came in the form of. But Yegor now unlikely to play in Surgut - now he heals damage. However, to "Gazprom-Ugra" the news from the category of "neither cold, nor hot ", for understudy Volkov and Kluki - Denis Bogdan - in fact has long been not no understudy, doigrovschik a very high-class. Which confirms their results on site: in the last game with the "Ural" in his battle account 20 Points to attack with at the level of efficiency 60%, a plus 3 Ace.

by the way, it is the "Torch", doge in Ufa "Ural" on Sunday, He left us a chance to play in the playoffs. Only for the full implementation of the chance that the "Torch" now need to beat. Motivation "Gazprom-Ugra" is clear - and that thereof opponent? In the championship novourengoytsy until the sixth position, and below will not fall, there "Yenisei", trailing two wins. He's the most likely contender "Torch" in the playoffs. Higher up it is theoretically possible, but there is the St. Petersburg "Zenith", that the finish is also able to fill up the piggy bank wins. And the prospect of playing in the playoffs with an unpredictable now "Belogorye" - not such a powerful incentive. Besides, In the near future, "Torch" is waiting for a landmark test of Leon and "Perugia" in the Champions League. Thus, the "Torch", in fact, It is set to stand by and mentally preparing for the decisive battles.

Does it mean that, that our rivals will play in Surgut in polnogi? In no case! At first, Games with "Gazprom-Ugra" principle for many reasons. Secondly, "Torch" always plays, in my experience, "All the money". Even if they do not match special needs, Even if something is not glued - novourengoytsy laid, differently simply can not. what, properly, they confirmed in the same game with the "Ural".

So welcome to the real derby! Wherein the resource "Gazprom-Ugra" below objectively, but with the motivation of all is in perfect order. In the umpteenth time say, that much, if not all,, It will depend on two factors:. At first, how we fit in the supply and at the reception, depends on the amount of comfort draws on the grid on both sides. Secondly, how our doigrovschika can sustain the proposed level on the edge of the grid. clear, that "Torch" fourth zone - the main weapon, and we have - auxiliary artillery. But the volleyball so arranged, that does not get to play without a fourth zone - and there should be something to make. Plus Muse should give the best match of the season. waiting for him, cling, soften - means, you have to play with the block. Net balls will not be. Well, the center of the grid can not be played, It is also critical. There we were waiting for the third meeting of the season with Alexander Gutsalyuk - two games against Surgut he played in a vest "Belogoriya".

The latter fact: Eugene Rukavishnikov last season played just for "The Torch", so it is nice to know a lot of players on the other side of the grid, their playing style, psychological nuances. On the other hand, and the opponent can read our binder, like an open book. We will see, someone who will outwit.