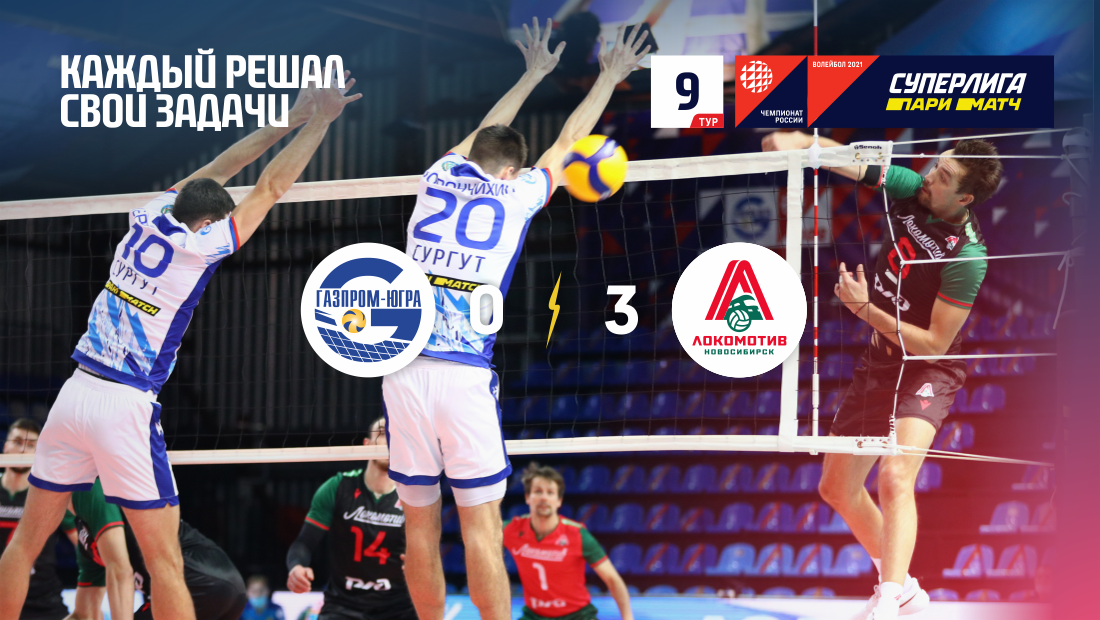 Everyone solved their problems

Plamen Konstantinov, who needs to revive the team after quarantine, put the main team. Gazprom-Yugra after, how in the second set Daniil Voronchikhin took the place of the diagonal, half represented by youth players: 17-year-old Maxim Kirillov passed the whole match, and Alexander Slobodyanyuk played in the game.

In the first set, residents of Surgut learned to accept a powerful feed from Novosibirsk, what came out so so: behind the front line, they lingered for a long time and Ilyas Kurkaev, who surprised by the forceful introduction of the ball into the game, and Sergey Savin, and Marko Ivovič. As a result - a noticeable gap in the account, who passed ten points by the end of the game, 13:25.

In the second set, the guests began to systematically make mistakes in the serve, but the owners did not lag behind, as a carbon copy admitting the same marriage. game, Nevertheless, went more evenly: got used to the diagonal Voronchikhin, Kirillov tried, with varying success, to interact with the first tempo. Sure, the game of the young binder is still damp and the people of Surgut gave a lot of points in payment for his training in combat conditions. Will hope, which is not in vain - the square of spare experience does not add. I remembered Igor Kobzar, which in Surgut they began to release to the site at about the same age ...

In the end, Voronchikhin knocked out an ace, and Ivovich made Konstantinov take a time-out with two attacks into touch (23:20). More experienced Novosibirskians easily put the squeeze on the set in their favor - point, correcting, a powerful attack in the line was put by the Serbian sideplayer.

The third set was more like the first - the guests lingered for a long time on the service line, typing a bag full of breaks. The designated trick did not leave the owners room for creativity in the attack, and often everything was decided by the first touch: two aces from Ivovich in a row - 16:9. In the middle of the set, Konstantinov introduced Ilya Kazachenkov into the game instead of Sergei Savin, Yury Brazhnyuk was active in the center of the grid, but it all ended with numbers 15:25. Nevertheless, the hosts' game did not look hopeless - a pretty good master class took place, in which the opportunity to compete for success was exchanged for "training" young people.

We need to do our game now. More or less kept concentration until the end, kept an even rhythm and that's good. There was a difference in the level of teams and it was very important to keep this difference in the game and on the scoreboard. Three points away is a good win. It's a little sad without fans, but this is the right decision, probably, until the peak of the epidemic passes, it should be.

It was not so easy on the set, as it seems from the outside. After quarantine we're trying to get in shape. In the second game young guys, which we didn't even take apart, started to play, hit the ball. You couldn't give them a chance to play out and feel the courage, this could cause problems. We are not yet in optimal shape., we will see, she will be seen, when will the top-level rivals go.

I didn't manage to finish my balls today, implement system play, teamwork was not enough. We looked decent for a team with 18 year olds on the court. Our task now is to do so, for this youth to play.