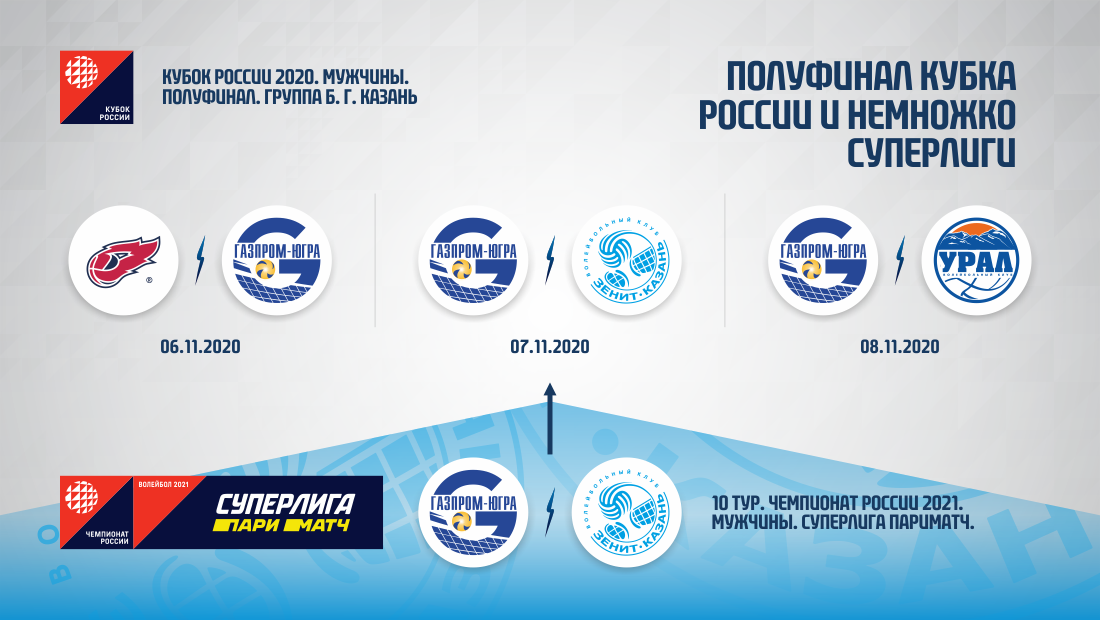 Gazprom-Yugra will hold the next weekend in Kazan, where will take part in the semifinal stage of the Russian Cup in group "B". Our rivals - "Fakel", Zenit-Kazan and Ural. Three games in a row with serious opponents is just that, what our team needs in the current circumstances. We are forced to play the squad from wheels and cup matches give a good opportunity to do just that..

However, will be in cup games and a little bit of the Super League - Kazan offered Gazprom-Ugra to set off the cup match against the 10th round of the national championship. We went to meet: time is uncertain now, nobody knows, what could happen even in the coming weeks. "Gazprom-Ugra", in this way, won't go to Kazan 21 November, all decide on the seventh. After the semifinals of the Russian Cup, the next departure of our team will take place in the championship only on New Year's Eve, on 29 December is scheduled to play in Krasnoyarsk. And before that, we will host Lokomotiv at our site, "Kuzbass", "Zenith" (St. Petersburg) and Torch (the 12th round match with Dynamo was also played in advance).