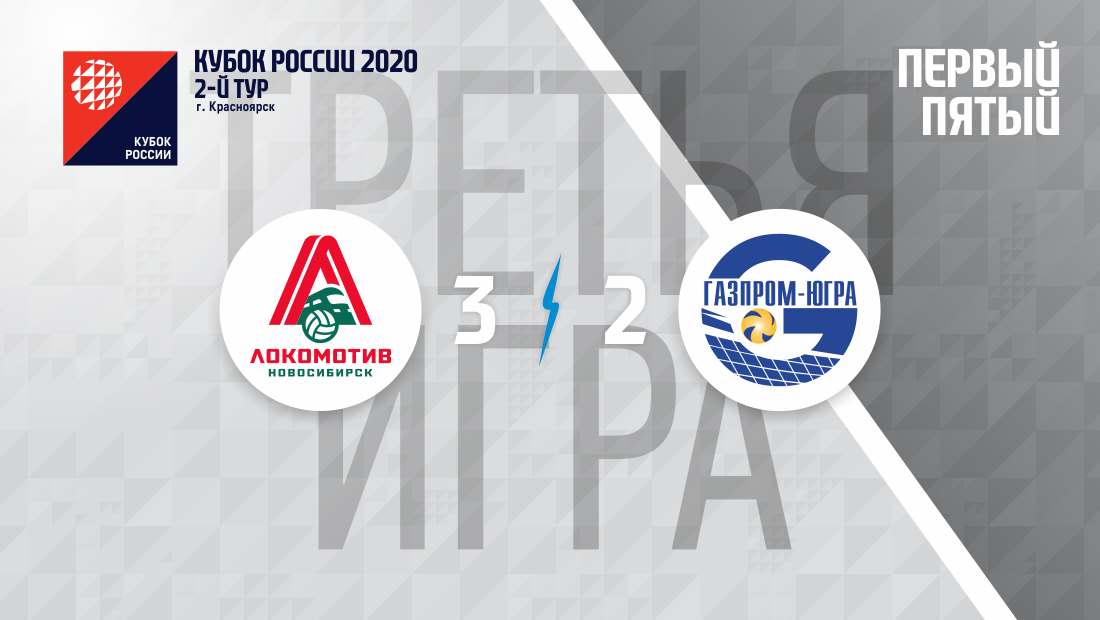 Gazprom-Yugra continues to pull the big volleyball by the mustache, trying to find your level of resistance to giants. The match with the champion and the owner turned out ambiguous, but in the current circumstances it is quite edible.

In the first batch, the Surgut residents "on duty" were inferior - 11:14, 12:16, but the next microsegment was won with the score 4:1 largely due to the mistakes of the owners, especially Pavel Kruglov. Then, in the fourth zone, Kostylenko works out, and the third in a row Kruglov out-puts Gazprom-Yugra ahead, 19:18. Further more: Dovgan brings a break point, one more is given by the lost Kruglov, this time by hitting the block, 19:22. Serving Ivovich leaves hope for Lokomotiv, 21:23, but he himself creates a set-ball for the opponent by the next serve in the set. Kruglov is filming, and then Nikishin offensively hits out, 24:23? But Anton Malyshev takes a preview and the video clearly demonstrates the touch of the grid of Konstantin Abaev on the block. 25:22.

In the next two sets, Gazprom-Yugra rained down, losing with the same score 14:25. In the second set, the marriage rate began to grow at the reception and, Consequently, in the attack - the owners could only clearly use the opened opportunities. There are only two in the third batch (!) own attacks brought points to Surgut, and the sideplayers did not collectively score a single point in the attack. What can we talk about? Ahaminov took turns settling on the site, Shahbanmirzaev, Yakutin, Slobodyanyuk, Fialkovsky, they started the fourth game, which started with ace Rodichev.

But at least the people of Surgut began to eat, and serial errors on the serve prevented to score break points. Konstantinov also started a rotation, releasing Voropaev and Komarov, which took a long time to master in the fourth zone. Kurkaev hammers in a challenge ball, denoting the first noticeable advantage of the hosts - 7:9. Ours are immediately corrected, noted Shahbanmirzaev, and Yakutin's glider under the back line tears the difference in our favor, 14:11. The next break is a block to Rodichev on an aiming ball, 18:14. Four balls of difference roll to the end, 22:18. After the exchange of diagonal Komarov, an attack on the cable brings Gazprom-Yugra a set ball, followed by the exchange of the central ones - Chereisky responds to Lyzik's attack, 25:20.

The first half of the tie-break was an equal fight (7:8), but as soon as ours left the happy half of the site, immediately gave up three balls in a row: Akhaminov parted ways with Rajab, then the diagonal knocked on the closed running direction plus a bad reception and replay by Komarov, 7:11. Actually, these three balls in a fast set and became decisive: 11:15 after Fialkovsky hit the block.

From the positive: finally scored the first point, at times fought well with the champion. The pitch flies more confidently, through dedication, the team begins to approach a decent level of resistance. From the negative: serial failures in admission do not go anywhere, and without them it is extremely difficult to shoot on high balls. The attacking potential of the team is now, that even with a good reception there is no safety margin. Without looking at statistics, I will say, that we definitely lost the reception and the attack, two key elements. At the same time, they managed to take two sets and imposed a fight in the fifth game.