the mainclub newsWe start in Krasnoyarsk 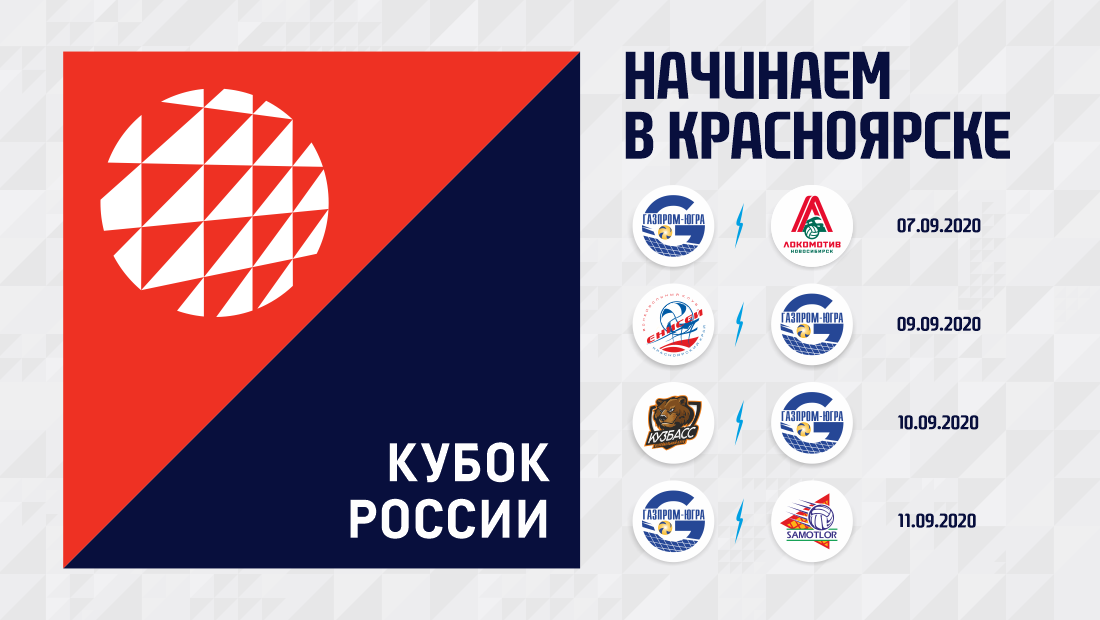 We start in Krasnoyarsk

Well, we waited for the start of the season. obviously, that in new conditions much will be unusual, all these tests, masks, gloves, rare viewers. But what to do, these are today's realities. Worth noting, that because of the coronavirus, the preparation of Gazprom-Yugra for the season has also crumpled: gyms were opened quite late in Ugra, and going somewhere to the training camp was also quite risky, taking into account the current rules - it was very easy to get into a two-week quarantine.

However, the team is no stranger to being drawn into the season through games of the preliminary part of the Russian Cup. This year we have a purely Siberian group, among rivals - the champion of the country and the bronze medalist of the championship. well, the better the rivals, all the better! Also unusual, that Surgut does not host the preliminary stage tour, week from 7 by 11 September we will spend in Krasnoyarsk, and with 16 on the 20th we are waiting for the second round in Novosibirsk.

Our first rival is the Russian champion Lokomotiv. The team has very small changes in leading positions: instead of Konstantin Bakun, Drazen Luburich came from "Belogorie", also the young setter Konstantin Abaev will play the first violin instead of the departed Fabian Jizgi, played last season as an understudy for a Pole.

The bronze medalist, Kemerovo "Kuzbass", changes are much more global. Yesterday's leaders are gone - Viktor Poletaev, Dmitry Pashitsky, Yaroslav Podlesnykh, Laurie Kerminen. But the change is not bad either - Ivan Zaitsev, well-known to us Petar Krsmanovich, Alexander Markin, Olympic champion Alexei Obmochaev will try to resume his career, and his namesake Verbov, in the role of the head coach of Kemerovo residents, will try to repeat the route of Sammelvuo.

Krasnoyarsk "Yenisei" proved itself well last season and retained its combat strength. Changes - point and long term. Stability is one of the main trump cards of the hosts of the first round. Well, finally, our neighbors from Nizhnevartovsk. The Platonov memorial held in St. Petersburg showed a fairly wide rotation of the composition, the team is looking for optimal combinations. We note the arrival of an experienced binder Valentin Bezrukov, and also we will see new faces in the replay and center.

As for Gazprom-Yugra, then the team, according to the tradition of recent years, has seriously changed. The center of the grid remained untouched - Artem Dovgan and Denis Chereisky, in the case of Evgeny Rukavishnikov and Kirill Kostylenko. The rest of the applicants for a place on the site are recruits. Binder Pavel Akhaminov and blocker Yegor Yakutin came from Yekaterinburg, wrestler Ivan Nikishin moved to Surgut from Nizhnevartovsk, diagonal Rodion Miskevich - from Minsk, libero Alexey Chanchikov - from Moscow, another Muscovite, Spiker Kirill Fialkovsky, played for Tyumen, diagonal Shakhbanmirzaev - from "Grozny". Plus own pupils: playmaker Slobodyanyuk, blocking Tebenikhin and libero Klyupa. This is the composition of Gazprom-Yugra that went to Krasnoyarsk.

The first game will take place 7 september, in 12 hours local time, and immediately - against the champion, Novosibirsk Lokomotiv. Looking forward to the start!