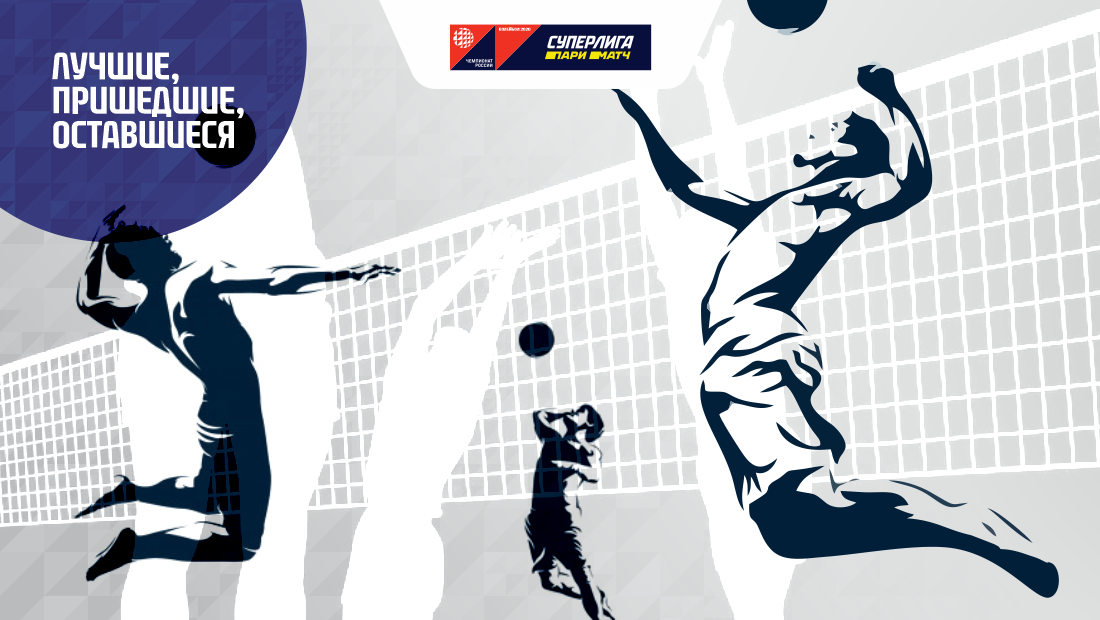 The best, come, the remaining

Our next analysis of events will not stop anything, even the absence of these very events. However, some movements on the volleyball front were still observed.

So, eg, the results of the competition for the title of best coach and best player of the Super League were summed up. Choosing Plamen Konstantinov as the best of those, who walks along the sideline, no doubt. The last match in Ufa could be a pebble in the boot, on which the fate of "Ural" and "Dynamo-LO" depended. remind, that the victory of Gazprom-Ugra over Zenit untied the hands of Konstantinov, pre-issuing him first place (and, as it turned out later, championship).

In Ufa “Lokomotiv” two batches “Ural” mutuzil basis, and then Konstantinov let everyone play. All lost two parties and, basically, could well give a tie-break, judging by the serial aces of Nikita Alekseev on the ribbon itself. But the Ufa residents themselves flinched at a decisive moment - how can one not recall Gotsev, fatally meshing. After the game, Konstantinov spoke, that "shut up everyone’s mouths". I would say, that they shut their mouths in Ural. Well, yes, this is history. 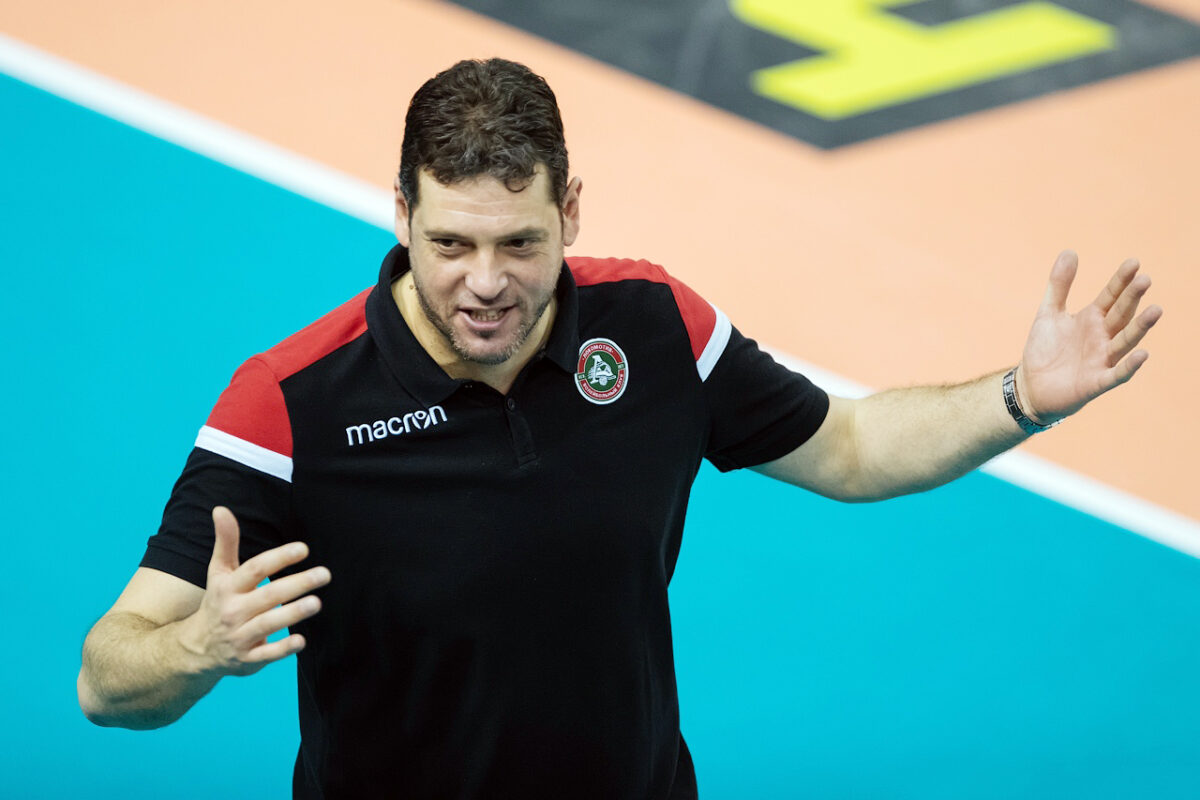 And Konstantinov objectively this season had no competitors. Sammelvuo floundered in St. Petersburg, Alekno pointedly looked at Verbov’s back, who, out of inexperience and under a burden of responsibility, made a couple of his own mistakes, which study. Bryansk could not beat almost any of the leaders, Cries let players down, Krezu was not bad, but he was eventually replaced. From the bottom of the trainers table, usually, don't consider, and sorry - I would note the work of Igor Shulepov, which the, however, failed to drag the team into the playoffs. But Rafael Khabibullin has succeeded, but he lives, and it seems to work out of competition.

Konstantinov - deserved it. What can not be said about the usually honored Maxim Mikhailov, recognized as the best player. Well, perhaps in the nomination "I sacrificed myself in club strategy". obviously, that the place of the replayer for Maxim, though familiar, but not very comfortable. In this position, he lost at least to his teammate Ngapet. But became the best in the championship, where better to play, in my opinion, Georg Groser and Maciej Muzej (with all due respect to Evgeny Rukavishnikov, obviously, that the best player of the Surgutians was precisely Muzay).

But why break the spears - just such a competition. Not everyone is happy with the choice of film academics at the Oscars, and then the fans decided with all their personal predilections. In fact, big activity won, not some rational arguments. That is, Mikhailov has the most active fans, with which we sincerely congratulate him.

The market is alive

Last week brought some interesting news from the transfer market. At first, Anzhej Gzhiba has squeezed the situation with Musay in Ufa. The context is clear, what to squeeze turned out not quite, what was planned, but in the current circumstances, it seems, all were more or less satisfied. At least it will be interesting for me to look at Macchaia in Ufa, where Igor Shulepov should properly manage his talents. 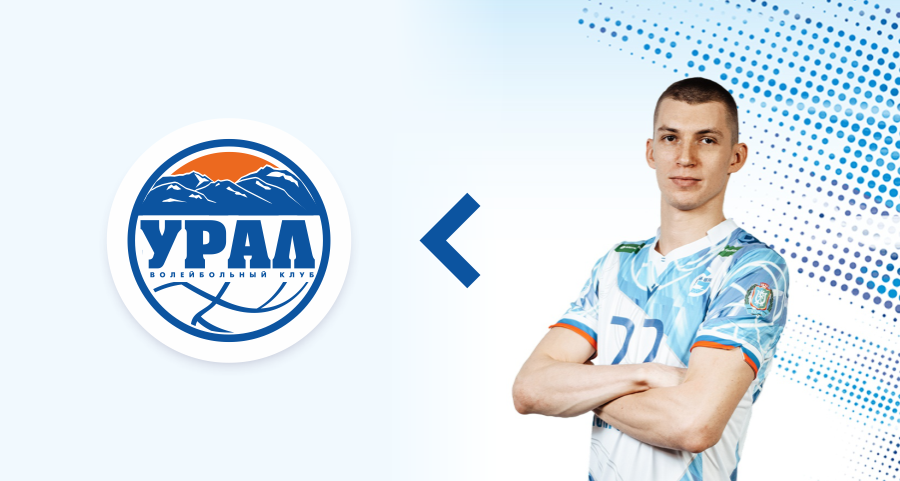 The main transfer topic is perturbations in Kuzbass. Minus Poletaev, The forest, Pashitsky, Kerminen. Tell someone six months ago - goodbye, Kemerovo! But no. They called Verbov, which is at least interesting. remind, what exactly the Kemerovo citizens “picked up” from Kazan the same Kobzar and Poletaev and brought to the level of the national team’s base. Can, and Verbov’s coaching ambitions also come true when switching from gas to coal?

The first success was the signing of Alexander Markin. Not a direct replacement for, but the line of replayers managed to balance. Pashitsky’s departure was a surprise for everyone, except Dmitry. Causes? They are, but not affiliated with the club, money etc. It would seem that, the second vacancy of the legionnaire automatically remains with Lauri, but other calculations came into play. I think, that most of the Super League Shcherbakov’s clubs with Tavasiev plus Demakov would be enough if not for the eyes, then quite. But Kuzbass is preparing for two fronts, Yes and Inal's injuries, like the age of Michael, leave a feeling of slight concern. As a result, Petar Krsmanovich returns to Russia, what are we, naturally, so happy. I hasten to report, that Petar is a great player and person, the game is more prone to attack, but on the block the level of the national team of Serbia does not drop. Then Verbov closed his problems.

At the cost of Kerminen's care. It will not be easy for the fans of Kuzbass to survive the pet’s departure, but from the point of view of dry mathematics, the team should not fail. Vladimir Shishkin is not bad at all, Yes, and Alexey Obmochaev should, in theory, cling to your last chance. Plus a fully hosted line of doksigrovschik. Miracles from Lauri will be missed, but just Verbov is able to put the team game in defense at the proper level.

Well, the cherry on the cake - Ivan Zaitsev. The virus helped - contracts fell in Italy, and wife John, grumbling in social networks, blessed the breadwinner’s departure to distant lands. The question is, how quickly will Zaitsev integrate into Kemerovo realities, and whether. In the domestic plan there should be no problems, professionalism and Russian roots will work, although Kemerovo, of course, not Moscow, and you’ll have to fly twice as much. And here is the Super League high block, I remember, was in a sense an unpleasant surprise for Ivan in Dynamo. Like all Italians, Zaitsev prefers to beat the block at the expense of speed - here they coincide with Kobzar. But far from all coincided with the even more speedy Grankin.. We will see.

In general, Kemerovo refrained from traveling from the fair and remains in the top of the Super League. it, perhaps, bye everyone, what you need to know about Kuzbass.

And that, I know about Nellie in Belgorod – let's still wait for the completion of the assembly of the famous team, to see the whole picture. Then let's talk about it.

What's up with the season

Team completion is important, but it’s even more important to hear some specific decisions about the championship. Football players, eg, trying to get out of suspended animation and finish the season, which for other gamers can hardly become a reality. As I know, The first serious decisions at the IEF can be made no earlier than mid-June. Everyone hopes, that by then the situation will more or less clear up.

In the meantime, you can repeat, что все представленные варианты проведения сезона – rather an attempt to dispel self-isolation boredom. No reality. There will be spectators? Will not? If there will be, then immediately or later? What about the European calendar? What about the national teams and the Olympics? The budgets of many teams also hung - at least, on 2021 year.

However, in all this confusion, several sound decisions were made, which can be fixed now. At first, this is the principle of justice in the calendar: no one should benefit from playing with or without spectators. Secondly - the closure of the Super League from relegation, for a year or even two. The economy in the country will sink very seriously, and there is a certain risk of losing some of the clubs. In this turbulent situation, you need to give at least some ground under your feet, resistance, warranty, if you want to. for example, if today we keep the same “Nova”, There's a possibility, that in a year or two the team will stand on its feet.

Do not forget too, that not every team of the major league “A” has the opportunity and desire to try themselves in the Super League. Georgievsk already refused, last year the champion “jumped off” 2019 Lokomotiv-Emerald years, etc.. If the team has the resource to play in the Super League - there is an option to expand the division to 16 the participants. For the next year or two, this would be a good economic decision..