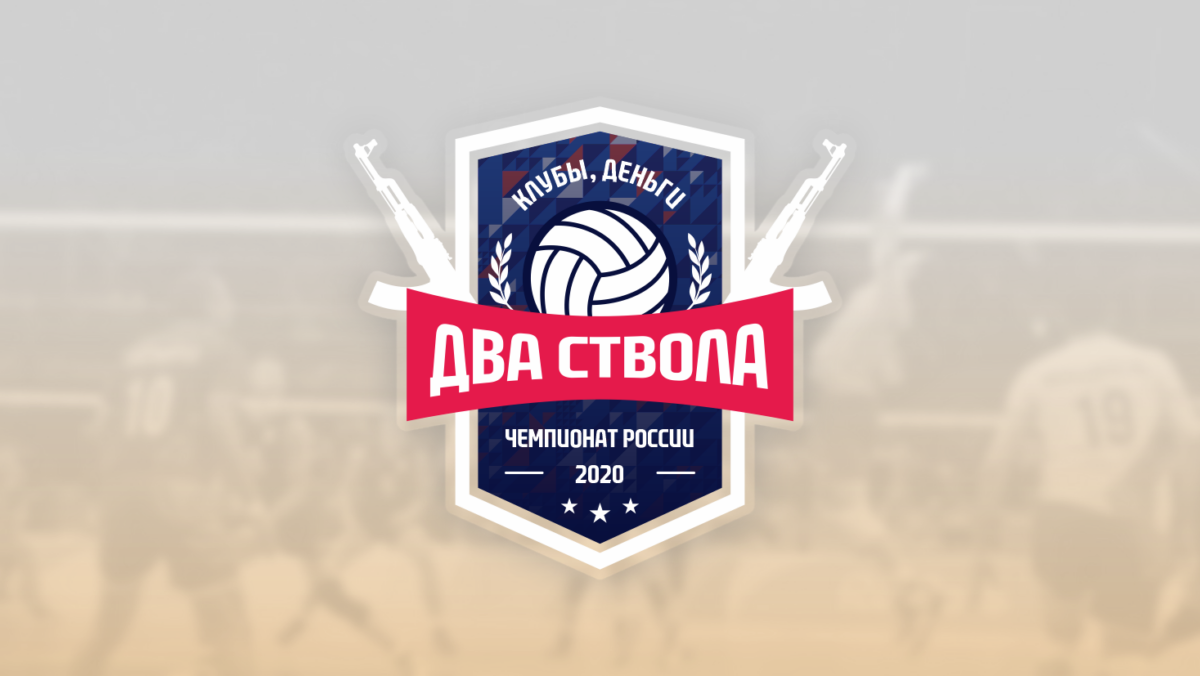 Our volleyball friday, not having time to start, fell down on saturday - we counted, what 1 May workers will have other reasons for the holiday. And the volleyball festival is always with us, even in dull self-isolation. Even when almost nothing happens.

When nothing happens, it's time to collect stones. Or scatter? The coach of Kemerovo “Kuzbass” Francesco Oleni in the end - he left the club and Russia with his boss George Kretsu - posted a statistical manuscript in the public domain, describing the past national championship in the language of numbers. It has already been disassembled into quotes, scolded conclusions, practiced interpretations - and we including. And what else to do?

And then in my head the thought fluttered. Deer left, and we stayed. Orphans without statistical analysis. Although let! There is volleyservice with its arrays of accumulated. There are club statistics. There are big data technologies. Yes, now any chicken can be counted for medium efficiency, bee productivity and field melliferousness, not to mention volleyball! May be, Francesco’s magic kick will push us to more diverse use of the material? Can, we ourselves will learn to present the magical world of statistics in a cover convenient for the promotion of volleyball? 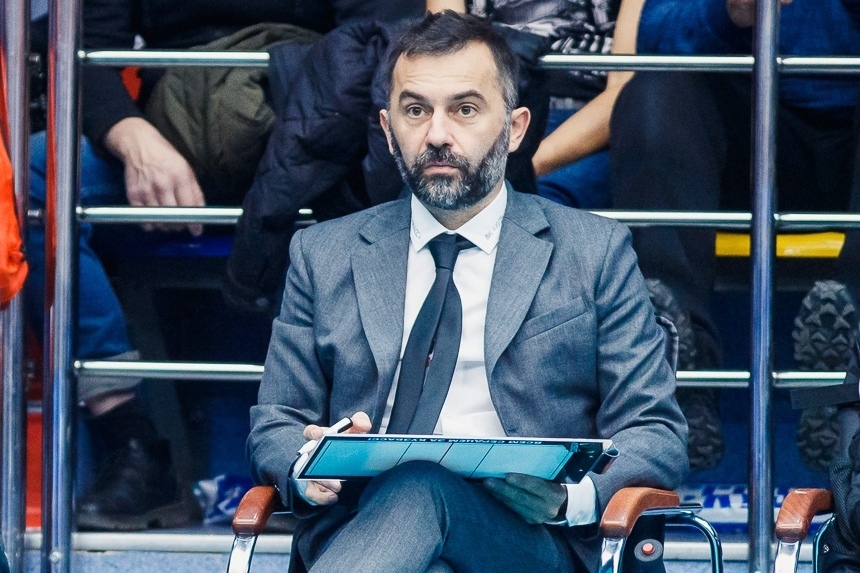 And for raising the level of fans it will be useful. Yeah what's up fans! The coaches of the same sports schools need to be taught statistical analysis.. And sometimes at times of their daily life - only an attempt to calculate, how many days after receiving a salary will have to take.

And who is the coach?

So unobtrusively I turn to the essential: statistics statistics, and there’s nobody to train. In youth sports school, coaching salary from the threshold discourages young professionals, and where to get them, if a specialized education is, by and large, only a way to get a crust for a former / current athlete. Which will buy on earned commercial space, Yes, and will rent them out, not all the same Pavel Abramovs are born. This is me, that a rare pedagogical bird now reaches the middle of the gym. Work, primarily, fans of their craft. Many in retirement and pre-retirement age, low bow to them and ocean of health. But who then? Dig deeper, on youth, children's level - and silence. Dead with braids ...

This topic is how painful, not advertised as well. Somehow it all falls apart slowly, unless certain structures like the Novosibirsk Lokomotiv actively stir the situation with a stick, remove the upper fertile layer of juvenile humus, don't let it dry in crop failure. But in order to remove something, it must germinate somewhere - at the very very bottom, somewhere between physical education classes and the regional youth sports school.

Wfv doing, what can. In particular, powerful seminars are held every spring, followed by licensing of specialists. Separately - for Super League coaches, Major League A, "B", teachers of sports schools. This year, for obvious reasons, the seminars turned into webinars - hundreds of trainers absorb information remotely.

Two views on the Verbova season

Such a force, and even on a triple scale, received last season Alexey Verbov. His landing on the electric chair of the head coach of Kazan “Zenith” can be viewed from opposite positions. The most popular - Vladimir Alekno gave a chance to a young specialist, it is unprecedented generosity and luxury, such gifts are once in a lifetime. by the way, Verbov himself roughly evaluates the situation.

But there is another side to the coin. From the "Zenith" left those, who guaranteed success (Leon and Anderson), failure with the involvement of Yegor Kluki exposed a gap in the game, which was forced to close by Maxim Mikhailov. It’s a sin for Kazan citizens to complain about breeding, but from the hammering a couple of years ago all and the whole machine important details fell off, needed serious restyling. Plus health problems with the head coach. 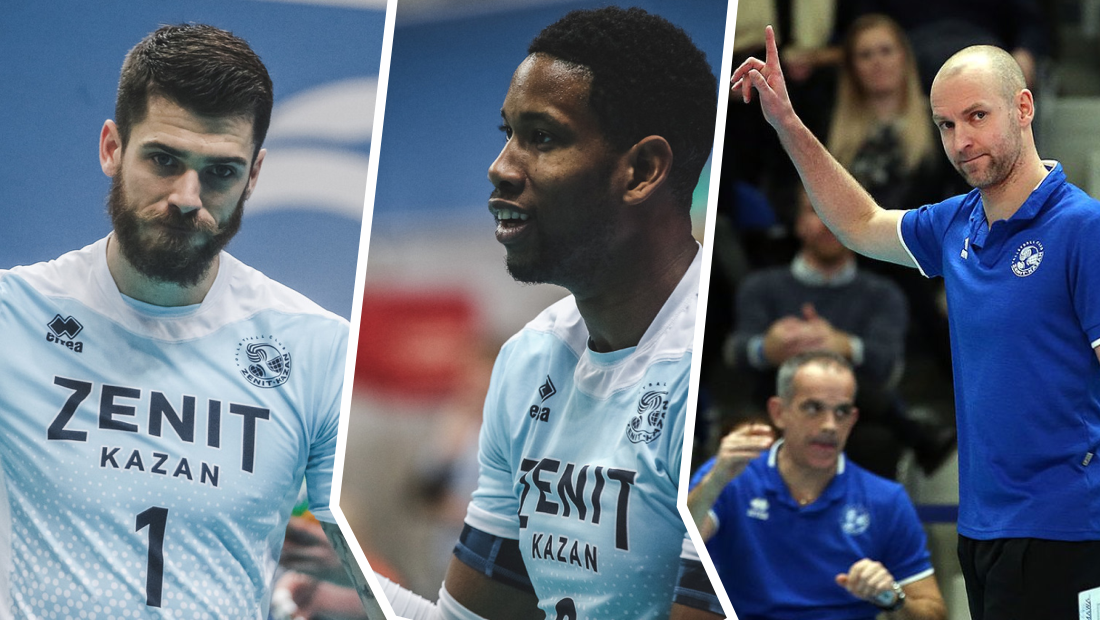 In general - superimposed on one another, the need to rest coincided with the urgent need for the restructuring of the team. And whom do you command at this crucial moment to transfer the reins of government? How Alekno gave Verbov a chance, and Verbov gave Alekno the opportunity to calmly do his health, do not look for any third-party specialists, do not re-build intra-club communication, don't worry about the results and consequences.

Any result was acceptable for Alekno - because Verbov was positioned as his student. If it turned out - the merit of the teacher, failed - the student’s fault, but the teacher will return and correct everything. Or in the violin, either at the conservatory. Or in the student, either as a team. Alekno preferred the conservatory, although formally it was Verbov’s choice. You are not confused yet? Read Verbov’s opinion in Sportbox.ru interview, there he very clearly explained the reasons for leaving Zenit in the current circumstances. 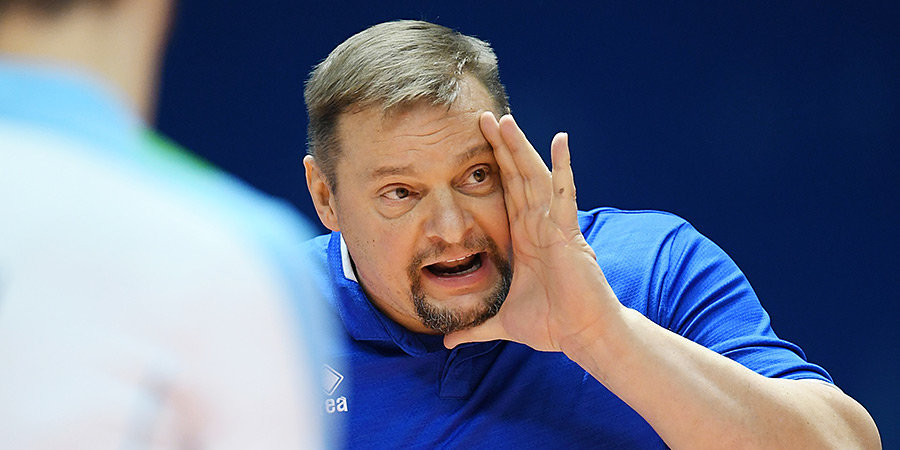 G Alekno interview read too: and about the desire to film, and about sports nationalism with a French passport. Anyway, make your own opinion. One thing is obvious: additional intrigue in the coming (I hope) season we already got.

Returning to the coaching bridge, Alekno restored the classic and understandable model of a triple fist at the edges of the grid, signed a contract with Pole Bednozh. The public saw its value: I don’t know, how official was this leak, but it seems to be true. 600 and even the called figure in 700-750 thousand not that dollars, not that euro is the top level, that order of numbers, who are used to operating in Kazan. 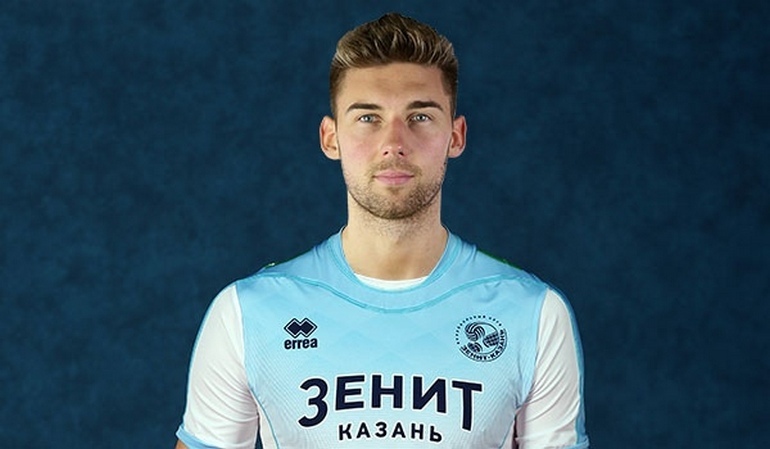 Another thing, that in the current circumstances it makes sense to listen to the words of the Zenit sports director in St. Petersburg, club at least not less secured. Vladimir Samsonov said, that “Even with contracts already signed, perhaps, have to do something. clear, what will be the economic crisis, and after the pandemic we will all wake up in another world ”.

Slowly from the mountain ...

Russia, as usual, harnesses slower than Europe, due to the difference in sports financing models. European clubs are much more dependent on match attendance, television, sale in arenas, they have more small advertising contracts, designed for specific shows - all this made itself felt almost immediately. There are already processes: clubs are closing, go bankrupt, contracts are shrinking, the transfer market sags and turns into a club market, not players. Not enough work for everyone, highly paid work - especially.

In our country, the financing of clubs goes on a different principle., mainly due to long-term contracts with one or two, rarely more, major sponsors. Usually, these are powerful structures - Gazprom, Russian Railways, SDS, Rosatom, cans, budget financing developed. These sponsors are less responsive to a review of their commitments., but they will definitely review them. Already reviewing.

There is an opinion, that volleyball is not particularly affected, because against the background of the same football and hockey it looks like a penny line in costs, on which you won’t save much. But the fact, what reduction will go, probably, one comb for all non-core activities. And few will isolate a specific volleyball from the general stream with the issuance of indulgences. Although - anything can be, we will see. Do not forget, that our volleyball has a powerful administrative resource.

Whatever it was, The poor guy to date pulled a lucky ticket, the same Leal may envy him. Like Ivan Zaitsev, which the, rumored, in talks with Kuzbass. The Russian Super League so far looks like a tempting island of stability from a devastated European virus. Keywords - “for now”.

About tom, what will happen next, talk in a week.