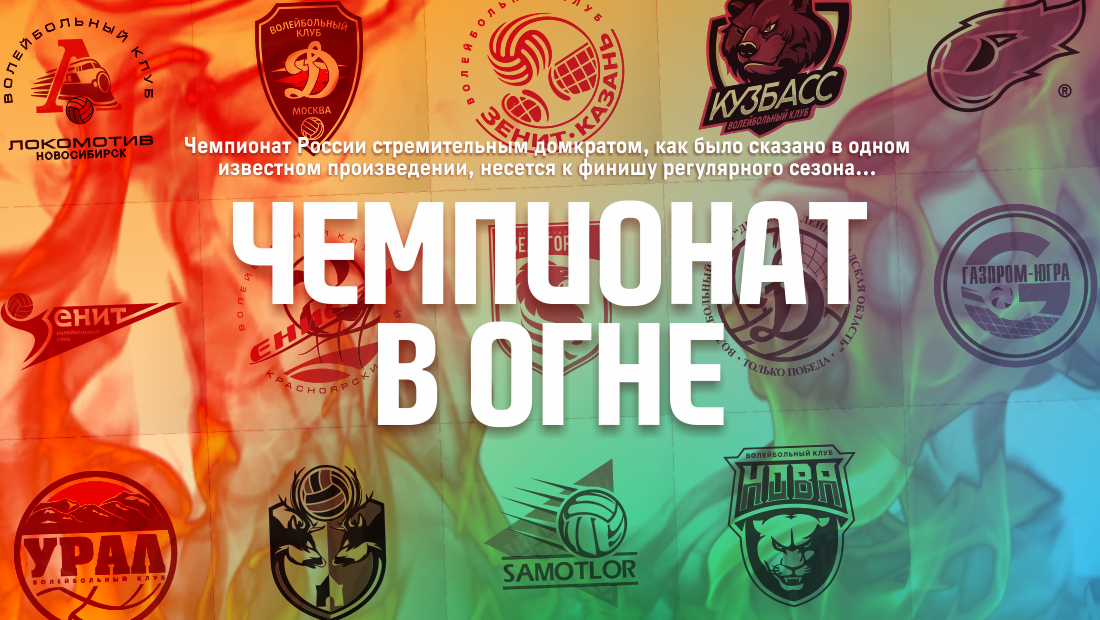 Russian Championship swift jack, as it mentioned in one known product, It is rushing to finish the regular season. The teams left to spend from three to five matches and it is already possible to discern the outlines of a telescope summary table. clear, that deal with the forecast - a thankless task in general, and in the current Super League PariMatch - especially, ... but some average temperature in the hospital measure can still be - what we are going to do.

so, with high probability we can assume, two tickets to the final walk-through six receive Novosibirsk "Locomotive" and Kazan "Zenith". One of them finish first? Answer, perhaps, lies in the internal duel, That will take place 22 of February in Novosibirsk.

On third put-ka I "Kuzbass", leaving the past defeat in Ufa in the little-known natural anomalies, typical of the area under the curtain of the season. However, If the metropolitan "Dynamo" will be able to overcome the Kemerovo returned to action Poletaeva Victor and Co. in that same fateful day 22 February, Let's see what .... Vang Yet Dynamo fourth place.

"Torch" with St. Petersburg "Zenith" will play 5-6 places and here I do not dare someone to push forward. Both teams approximately the same finish and, perhaps, You need to identify the strongest entertainment experience. The "Torch" in the red - the absence of Yegor Kluki and the load in the Champions League, but also at the "Zenith" has problems in doigrovku plus the same European Cups, albeit not as severe.

7-8 seats, more likely, compete "Yenisei" and "Belogorye" and here is also seen parity opportunities. Calendar no sugar for both teams, but in Krasnoyarsk on one attempt more than. In theory, this argument may be entered and "Gazprom-Ugra", although this is at the current situation, except that you can dream. But, At first, Dream on. A, Secondly, why not? For this, true, guest will have to take two victories in direct competition, and catch something in three games with the leaders.

Also, a couple of victories certainly expect and ASA, I would gladly challenged in "Dinamo-LO". At all, in the struggle for the basement playoffs much solved in-person meetings ASA – "Gazprom-Ugra" and "Dinamo-LO" – ASK. Filter each other glasses - it's so exciting! In this dispute, snuck, It may well intervene and "Ugra-Samotlor", traditionally cheer transfers before the finish. They have in the asset four wins and a good chance in the next two home games. What, you ask, with "Ural"? Here I am not prepared to say anything - for me it is an anomalous zone, where the laws of physics do not apply. It seems to be playing with St. Petersburg "Zenith", "Torch" and "Locomotive" does not bode well, but here was the "Kuzbass" the day before - and looked like the champion of Russia in some other kind of sports.

The only thing, I can assume for sure - the playoffs are not threatened "Nove". Despite three victories in the new year, and grew up in front of Dennis Schenkel, too much is missed, plus calendar was not the "edible" for the successful pursuit.

By and large,, this intrigue is preserved exactly two - who will take first place and get the right to host final six, and who will be able to jump at the last moment in the play-off zone? Other questions or less interesting, either more or less clear. That does not negate the rising passions in every match - this fiery championship was not long ago, and obstacles on the way, I do not see this trend.