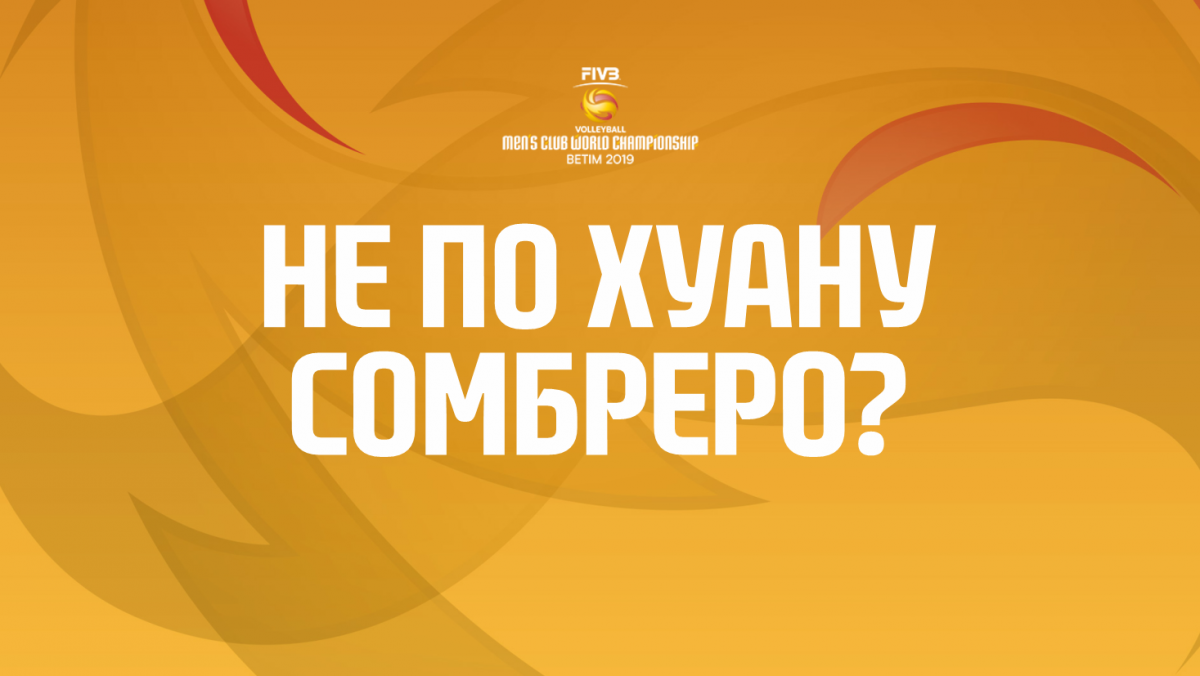 FIFA Club World Championship in Brazil - it's like volleyball in the tank, and not under water, and on the surface. Heavy, wet, stifling. Should I congratulate Kazan "Zenith" with a third place in the sport? decide for yourself. Incidentally, a year ago, the third at the Club World Cup has become a "Torch", and it was a great success for the young team. Rotten then "Zenith" seems to be made a formal step forward, but, in fact, I beat a Qatari "Al-Ryan», collected from the forest of Pine.

By the way, and "Al-Rayyan", and "Chivittanove", not to mention the owners, full of players, accustomed to harsh climatic conditions on site. Is this an excuse for Kazan? Yet again, decide for yourself. Question, in my opinion, in the other - whether it was necessary at all "Zenith" to go to Brazil? tournament, among other things, initially has a number of organizational flaws.

Suffice it to say, that this year the Club World Cup is not going to spend. And when everything is decided, the FIVB in an emergency mode smashed already plowed the pre-Olympic calendar, reducing the number of participants and artificially extending the formula of the competition. Asian champion, Japanese "Panasonic", wisely conceded the dubious pleasure of "Al-Ryan», Kazan "Zenith" in front of the invitation could not resist.

Going to the edge of the world in the mode of a hard time pressure, from winter to summer, under the weight of double acclimatization, obviously jeopardizing their own freshness before the final of the Russian Cup - for which?

The team went Betin, experiencing not just planned repairs, a shift playing mechanism. remind, that for years he worked under Vladimir Alekno motor with shock trident (diagonal and two powerful doigrovschika). "Promoted to the edge" it did not go from despair to acceptance downed, and was a manifestation of the philosophy of the game. Now the concept is changing under the other performers. And, it seems, that the role of these artists were selected by one director, but on the stage of the course of operational changes I have to make another play.

Alex Verbov trying to collect LEGO with different grooves, without breaking with the details of the designer: task, which may not be enough and more experienced coach. And most importantly - Werbowy is still not enough for a site. He was used to charge the emotions through the game action, the verbal elaboration of the mental domination - Science, you only have to learn.

Team, as he said Zhvanetskiy, He is trying to find internal reserves. Search in progress, according to the laws of the genre something should happen (or get) closer to spring.

And who goes on tour with the play unrehearsed?

As a result - dealt a painful blow to the ego, the ambitions of, by reputation, on the physiological state, finally. So was it worth it to go? The answer lies in the simple formula: similar tests are weak and break, and strong - surely hardened. maybe, Brazilian shake - the, what the doctor ordered for a team, located under deep internal reorganization? maybe, it will be a catalyst for positive change? After all, the "Zenith" is not exactly call weak, means - will not break. A periodic grounding is very useful.

Therefore resume paradoxical at first sight: trip as a whole was a success. The team looked at myself. Get 12:25 from the same "Chivittanovy" - expensive, was worth to fly to the other end of the world, I am not kidding. We wish Alex all citizens a willow and patience, faith in our own strength ... and return to the higher orbit.