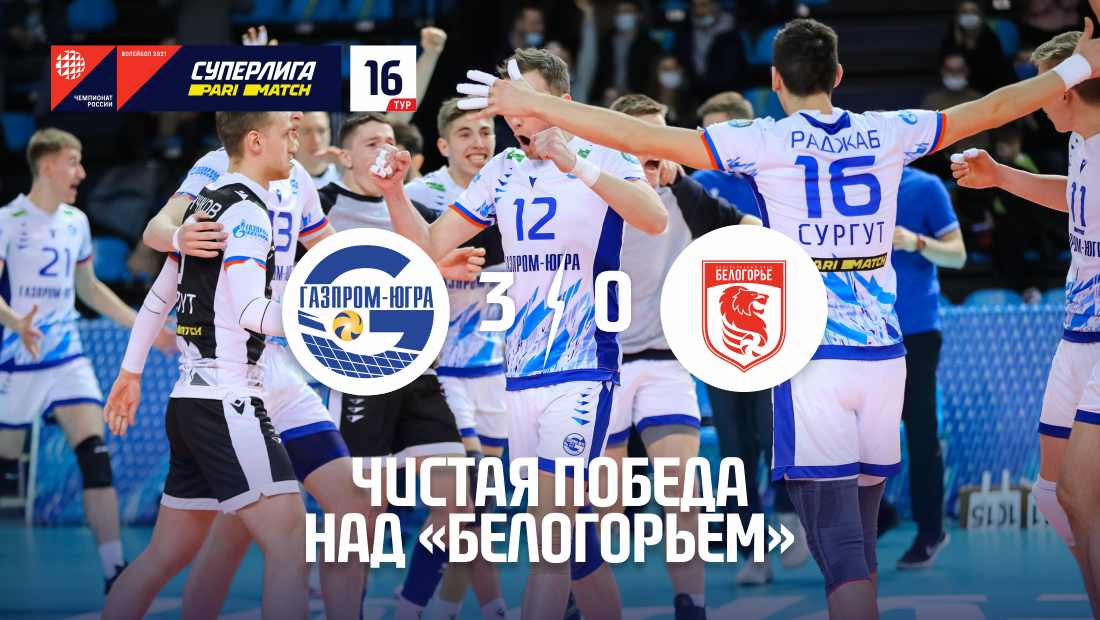 A clean victory over "Belogorye"

Surgut regains the taste of victories - this time "Belogorye" is defeated. Cannot be said, that the guests had a bad match, just the hosts were objectively stronger primarily in team play.

In the debut of the match, Gazprom-Yugra almost immediately declared its superiority, clinging to the attack block "Belogoria" and playing out episodes in their favor. Nelly ran into Chereisky's block - 13:9. Samoilenko blocked Rukavishnikov's net pass - 14:9. at level 11:16 Alexey Kazakov started a double substitution, but the exit of Bagrey and Sidenko did not change the picture, residents of Surgut continued to play clean and orderly, clinging to many swords due to the movable block and protection. The Ilinykh who came out instead of Kuznetsov "earned" an ace after Shakhbanmirzaev's submission, and the guests themselves, the risk, made a lot of mistakes when putting the ball into play. The result is natural, 25:18.

In the second batch up to the mark 8:4 the picture was the same, as in the first set: for every point scored by the opponent, Gazprom-Yugra responded with a taken break. And then there was a failure, Rukavishnikov suddenly lost the pitch to the edges of the net, 8:8 and time-out of Surgut. After talking with Rafael Khabibullin, setter raised the pass line, but the speed disappeared - Fialkovsky broke up with the ball in pace and fell under the block. Ahaminov came out to pass, and the residents of Surgut began to solve the minimum problem - not to let the opponent go into the lead. Pavel Tetyukhin worked extremely productively at Belogorye, as an answer, the returned Rukavishnikov found a connection with Chereisky in time. According to the logic of the game, a stubborn ending was brewing, but when counting 21:20 in favor of "Gazprom-Ugra" young Maxim Kirillov entered the pitch and gave an excellent streak. At the decisive moment, Tetyukhin and Sidenko fell under the block, and after an unsuccessful reception, Fialkovsky ordered, 24:20. Sidenko returned the serve to Belogori, but Kuznetsov, who came out to take risks, could not cope with excitement, filed in the grid, 25:21.

With Kuznetsov's submission, the third game started into the net.. Once again the owners go ahead, 8:4 in the same manner, organizing and implementing replay. The guests resisted desperately, demonstrating selfless play in defense, while attacking Kolodinsky, and then Bagrei found support in Yegor Sidenko. Time after time the young diagonal kicked the soul out of the ball, and even another series of Rukavishnikov-Chereisky (12-it is, 13-is also the 14th eye, 14:9) did not break Belgorod residents. Sidenko issued his series, and then issued an ace with elements of luck, the ball caught on the cable and fell like a stone on the Surgutyan site - 16:15. Let's go lingering draws, in which the character of the owners was manifested, more often squeezing the situation in their favor, 19:16. And when the captain of the youth team Pavel Stradomsky, who came out to serve, put the ball in the very edge of the court, what the video replay confirmed, everything seemed to become obvious, 24:19. But Tetyukhin would not have been his father's son, if I hadn't tried to squeeze the maximum out of the situation. Two aces in a row, 24:22 and time-out "Gazprom-Ugra". Not without a problem, but the hosts coped with the reception, and Kirill Fialkovsky put an end, 25:22.

Surgut residents showed well-coordinated teamwork, due to which we won. Plus, the character finally showed itself - when the opponent created difficulties, the team didn't fall, but continued to bend my line. And she bent Belgorod in three sets. 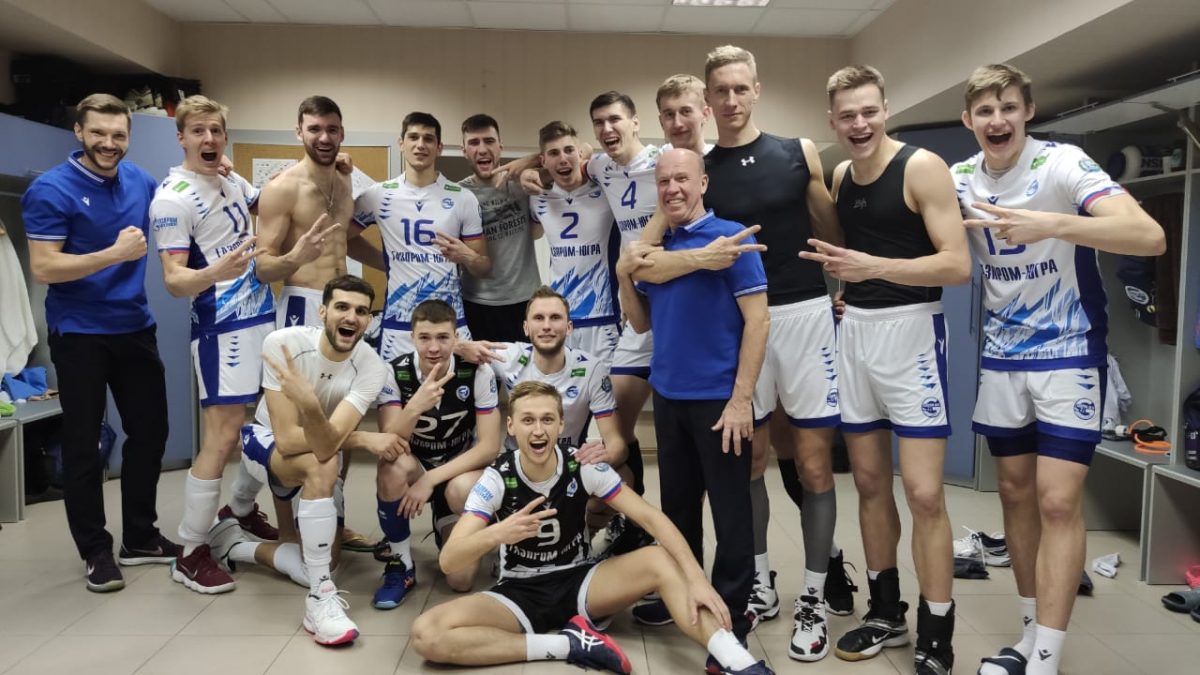 Senior coach of VC "Belogorye" (Belgorod) Alexey Kazakov: Didn't get back from the holiday. Who do not put, there were some mistakes. There was no leader, who would lead, it's very sad. Now there will be a tough conversation with the guys - they have not won a single game away. This is scary. Hope, what will we play at home, it may be too late to hit the top ten. Next exit - Dynamo Leningrad region, we will try to win there. After the game: weak reception - immediately attack on a double block, and Surgut played very well in defense today. And finished off those balls for us, who should have finished off. We still lack counterattack, I do not know, what's the problem. We'll keep thinking. We had no thoughts, that Gazprom-Ugra is the last Super League team, now we – last command, in spirit, anyway. Surgut came out with a great desire, all three parties went ahead and it was already difficult for us to catch up. Moreover, we have nothing to score with yet., the attack is weak.

Senior coach of VC "Gazprom-Ugra" (Surgut) Anton Malyshev: We're getting better. We came up well prepared for the last game in Krasnoyarsk, purposefully played by the whole team, and continued to work, did not stop. Will hope, what will it be possible to continue in the same spirit and delight our fans. Won today through team action: played all together, for each other, fought for every ball to the last. Hence the result.

Captain of VC "Gazprom-Yugra" Kirill Kostylenko: We didn't celebrate New Year much, preparing for the games. Played well in defense today, overall game added, scored all the necessary goals. Well played, I like it. For us, the most difficult thing is always the struggle with ourselves. Cope with ourselves today, and the opponent was well sorted out. Have done their job.