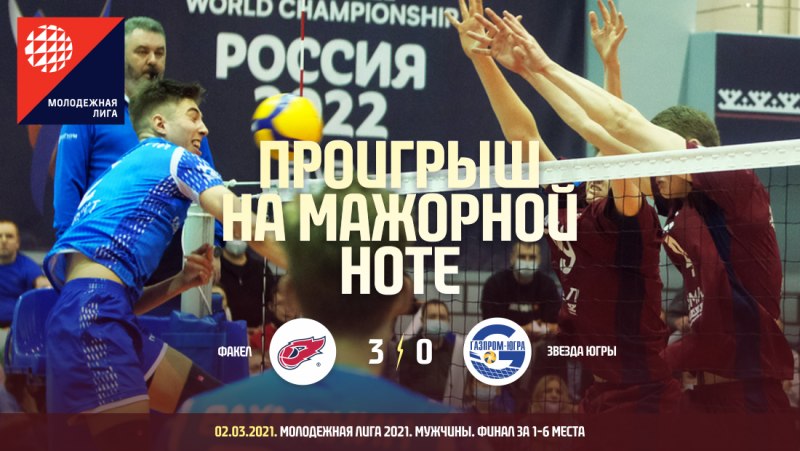 Losing on a positive note

The first game day and immediately meeting with the owners of the site. Powerful stands support – and a festive mood reigns in the camp of "Fakel". Youth games – this is a bright event for a small town on the Arctic Circle. so, first set. "Star of Yugra" – on the pitch. The ball goes out-of-bounds, the excitement affects and already in the opening the score - 3:6, owners lead. Read more » 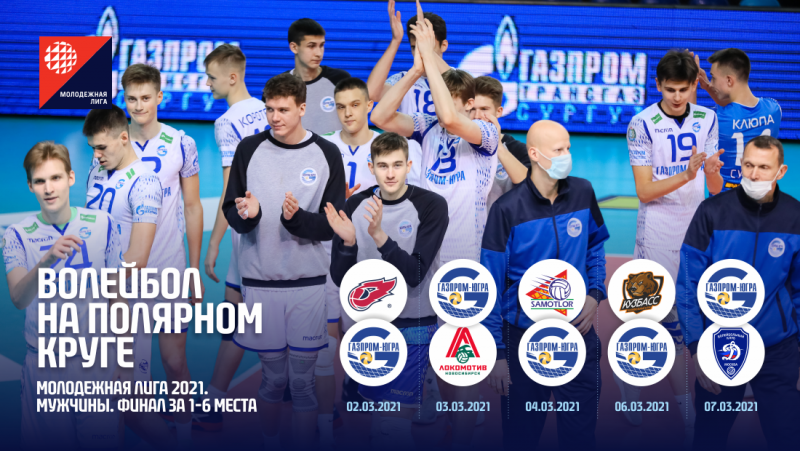 Volleyball on the Arctic Circle

According to the Regulations on the Russian Championship – the first round of the final of the Youth League takes place on the "Fakel" field. The leadership of the Novy Urengoy club has chosen a new sports palace on the permafrost in the city of Labytnangi as the site for the first round of the final. well, we will see, us, residents of Surgut are no strangers to the cold, but on the volleyball court it will definitely not be cold. Already 2 Martha Read more » 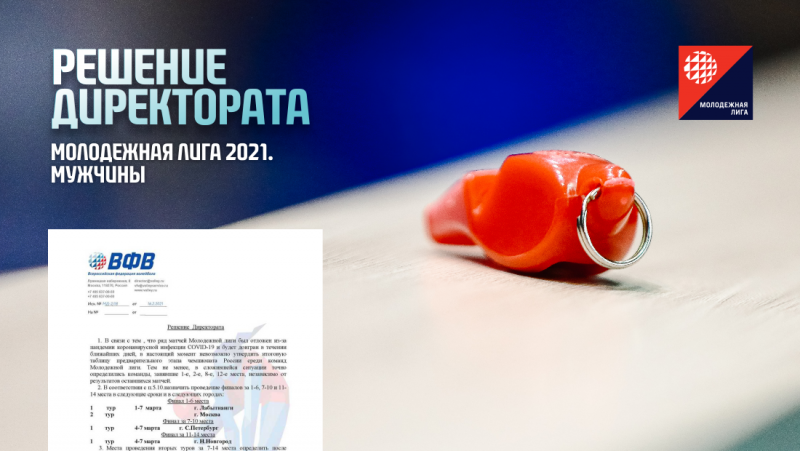 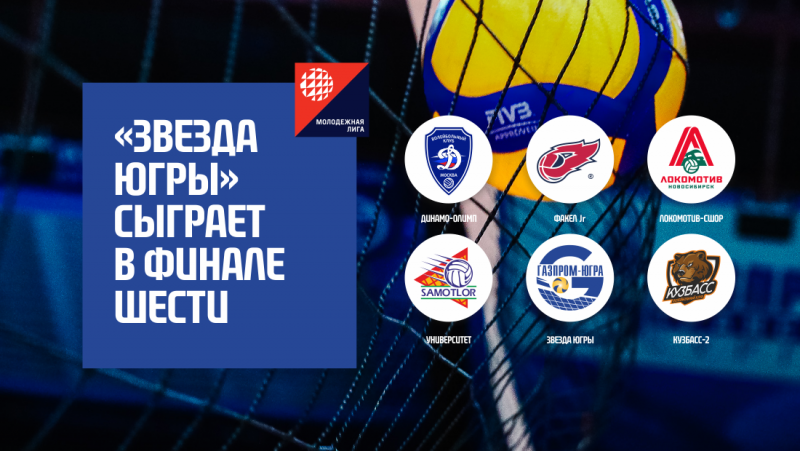 "Star of Yugra" will play in the Final six

The games of the latter ended in Kemerovo, the seventh round of the preliminary part of the drawing of the Russian Championship in MVL. In fact, the problem of getting into the Final Six was solved by the "Star of Yugra" in the sixth home round, therefore, she worked in the capital of Kuzbass to work out game connections in a combat situation. Beating the hosts on the first day with a score 3:2, Surgutyans lost twice to Novosibirsk Lokomotiv-SSHOR and Kuzbass-2 Read more » 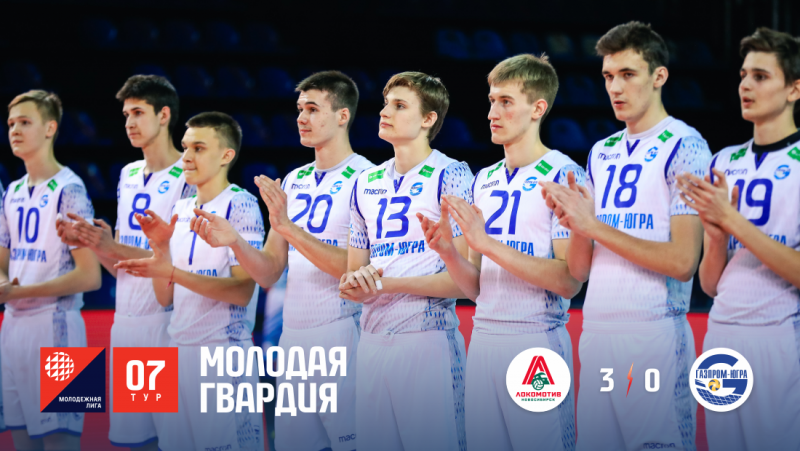 The fourth game day of the seventh round. Coaching staff, in the game with the Novosibirsk "Lokomotiv-SSHOR", in the starting lineup declares our youth. In a game with a strong opponent, you need to roll in young growth, now we need to prepare for the next season. First set. Ivan Skvortsov gives an ace, Loko attacks, followed by submission of Siberians out. Nikita Rusanov gives out two aces, Read more » 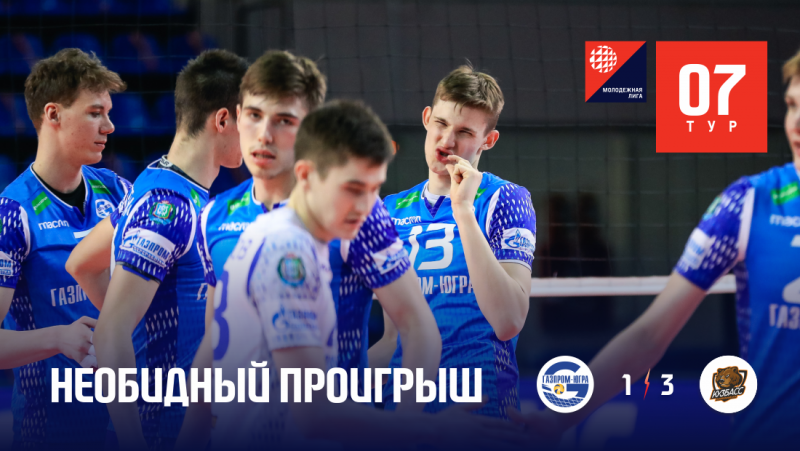 For Zvezda Ugra, today's game did not decide anything in the race for a place in the final. The whole intrigue is ahead. Many teams have farm clubs, players who will add strength to youth teams. Today our team entered the site with a cut-back lineup. Several of our leaders went to defend the honor of the main team "Gazprom-Yugra" in the game with Novosibirsk "Lokomotiv". Our two choppers Read more » 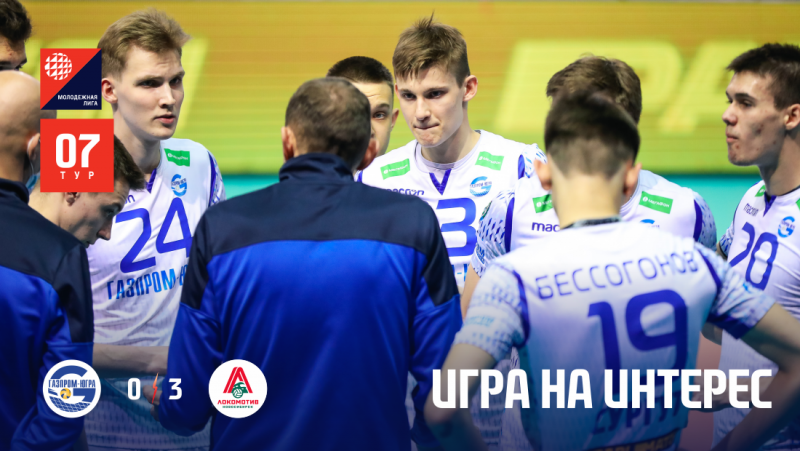 Yes, today our team played with one of the favorites of the final stage of the Youth Championship. The main – was to test the strength of the opponent and already tune in for the upcoming games in the final. The Lokomotiv team is completed, for the most part, Major league team players, accordingly, the game level of the guys is high, despite age. so, the first set has begun. Railwaymen are already in the debut of the game Read more » 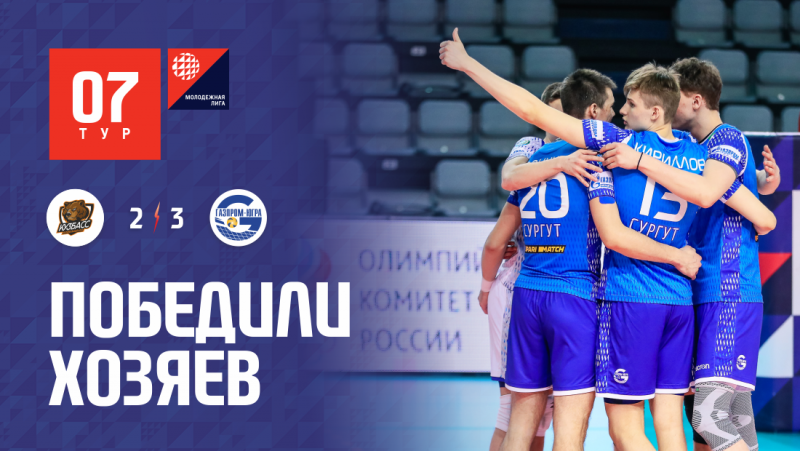 The first game day of the final round of the preliminary stage – and the first victory in a tough and nervous game with the team of the owners of the site - "Kuzbass-2". First batch, game of trial and error and in the opening - equal score – 6:6. Kuzbass takes the lead after exchanging errors on serve. Надежно работает блок хозяев площадки Поторочин-Гендлер, score - 7:10. "Star of Yugra" Read more » 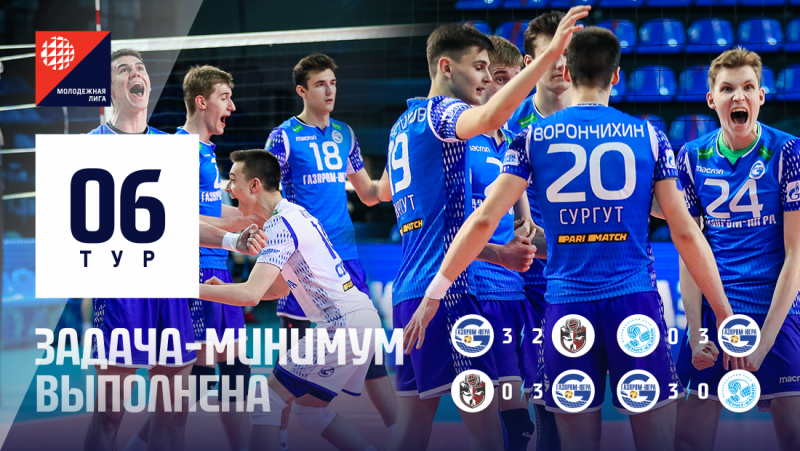 "Star of Yugra" did something, what she should have - took four home victories over not the strongest opponents, Zenit-UOR from Kazan and ASK-2 from Nizhny Novgorod. Difficulties happened in the first match, where the young people of Surgut were inferior to the Volzhans 1:2 by sets, but in the end, the class still affected - if I may say so about the play of youth teams. Labor Read more » 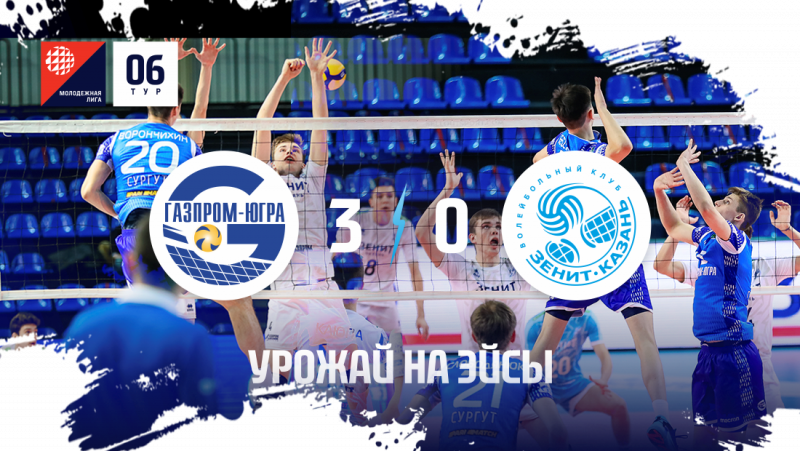 Game over. Ended up home, the penultimate round of the preliminary stage. What we have? Sixteen wins, six losing games. Four less, than the leader and five more, breathing in the back "Kuzbass-2". But Kuzbass played four games less. So that, only "Dynamo-LO" can still compete for a place in the elite six of the final. Now our guys need to breathe out, Read more »