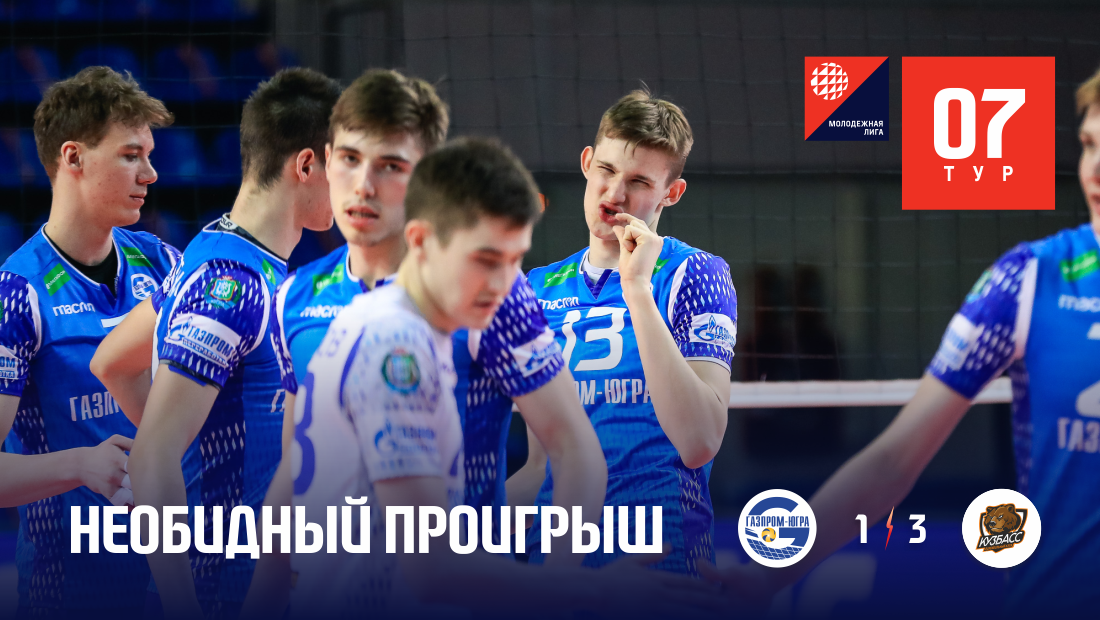 For Zvezda Ugra, today's game did not decide anything in the race for a place in the final. The whole intrigue is ahead. Many teams have farm clubs, players who will add strength to youth teams.

Today our team entered the site with a cut-back lineup. Several of our leaders went to defend the honor of the main team "Gazprom-Yugra" in the game with Novosibirsk "Lokomotiv". Our two choppers and setter Max Kirillov, oh, how they were not enough today at the site ... But there are pluses, our coach – Andrey Chirkov exhibited youth. Ivan Skvortsov and Nikita Rusanov appeared on the site.

First set. The beginning of the game - and an equal score 6:6, Voronchikhin-Yudenkov block is working well, twice closed the attacks of "Kuzbass". But Siberians are attacking, ace is served by Dmitry Zakrzhevsky, 1 номер «Кузбасса-2» и тренерский тайм-аут у Андрея Чиркова. Score 7:11, ahead of the hosts of the site. Kuzbass attacks continue, but the first pace of Ilya Yudenkov works, score 13:17. At the end of the set, the difference in the score is five points, Unfortunately, not in our favor. Zvezda's block-out, "Kuzbass-2" carries out an attack on the ball, score – 19:24 and the second time-out of Surgutyan. We have the first tempo, Voronchikhin attacks, but on the set, the first number of "Kuzbass" and the first set are effectively attacked by the hosts 21:25.

Second batch. Block-out of "Kuzbass" on the attack of Danil Voronchikhin, further – Danil's single block closes the attack of the Siberians, Bessogonov gives an ace, scoreboard – 7:5 and the coaching staff of Kuzbass has to take a time-out already at the beginning of the game. Further – Ilya Yudenkov attacks with the first pace, and Pavel Stradomsky gives two aces in a row, score 12:8 – we are ahead. By the middle of the game, the score is compared - 17:17, but, replacement, Nikita Rusanov attacks and block-out at Kuzbass-2. In the end, the people of Surgut are ahead, on set-bole account – 24:20. But the owners of the site again compare the score on the Zvezda swing., the Voronchikhin-Yudenkov block, закрывает атаку «Кузбасса» и выигрывает сет – 28:26.

3 set could be a turning point in a game with a strong opponent. By the middle of the game, Surgutyan has a two-point advantage, scoreboard – 14:12. But we have – block-out, Surgut residents attack out-of-bounds, while Kuzbass has a block and an account already 18:20, not in our favor. At Zvezda, the serve stubbornly flies out, score – 22:24. Danil Voronchikhin conducts a beautiful attack, but Zvezda – feed into the network and batch is over. 23:25 third set for "Kuzbass" (2-1).

Kuzbass attacks in the fourth set, and we again have a net and an out on the serve, score – 6:11. Vladislav Gendler's first pace works for Kemerovo residents. Danil Voronchikhin responds with a doublet attack, but the bill – 10:15. "Star" is trying to catch up, the attack passes at the first pace of Ilya Yudenkov, Nikita Rusanov gives an ace, Yudenkov attacks on a passing ball, but again we have a net and an out on the serves and we come to the end of the set with a score - 18:23. Kuzbass-2 puts a block on our attack, the game is played, score - 18:25. Site owners won. Final invoice - (3-1) in favor of "Kuzbass-2".