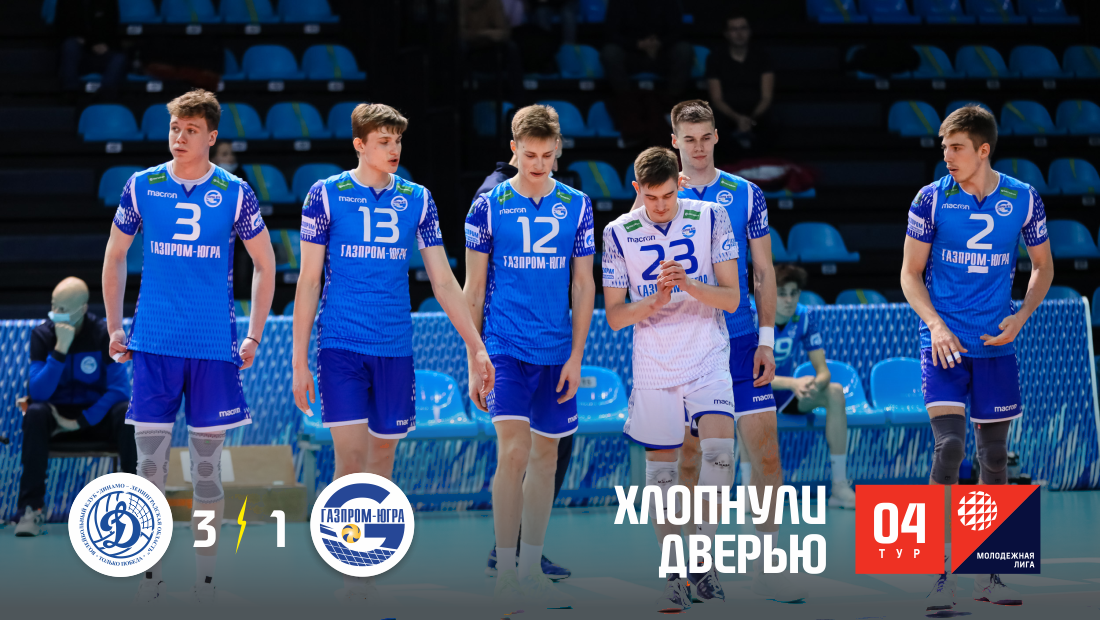 Beginning of the game. Nothing foreshadowed such a dynamic course of events. Equal and even start. Kirillov's first serve, but Dynamo attacked past our block into the court – 0:1. Danil Voronchikhin compares the score, and the pine fighters effectively attack, then help our serve out. Score 8:8, equal play in the opening of the set. Serving Bessogonov, ace and then, four more assists – on the scoreboard 13:8. Dynamo withdrew from Zvezda's innings, but then they have to serve out. Further – effective attack with Tebenikhin's first pace, the ace of our captain Pavel Stradomsky, our block on the attack of Dynamo and the score on the scoreboard is already – 18:10. The first pace of Surgutyans works, ours successfully block the attack of the pine fighters, and again our block is working on the feed of Ivan Skvortsov, score 23:13. The Dynamo-LO-2 coach takes a time-out on the setball and here was the first bell, which no one paid attention to – Dynamo win back three goals, but saving the party was not realistic. Set result- 25:16.

After the break, another team entered the court from the opponents. And although, in the first part of the set, Zvezda gained a three-point advantage - 9:6, Dynamo have already started running out. They have a block, powerful, quick attacks, and ours do not have time in defense and attack weakly and we come to the ending with an equal score – 22:22. So – serve out at Zvezda, blockout from the attack of Dynamo, there is a bad reception, transfer of the ball without attack and counter attack of opponents from our block – out-of-bounds 22:25 and 1-1 by lots.

In the third game "Star of Yugra" did not learn a lesson. First serve – and immediately out. На атаке «Динамо-ЛО-2» работает первый темп «Звезды», but, Alas, we – serve out. Далее серия розыгрышей, but again the feed flies – to the network – then both teams go out. And the account is already – 10:10. A series of mutual attacks continues on a clean grid. And the score in the middle of the set is again equal – 16:16. Further – ours did not understand under the net, Zvezda's attack goes out and a time-out is taken by the coach of Surgutyan Andrey Chirkov. So – Dynamo continue to gain points with their attacks, yes, and the Dynamo block closes our attacks with the first pace. Even the feed from Dynamo-LO-2 could not turn the tide of the game, powerful attack 20 Dynamo numbers and four set points – in reserve. And we have a blockout on the Dynamo attack and the score in the game 21:25. Ahead is "Dynamo-LO-2". 2-1.

We hoped, that our guys will get together and we will bring the game to a tie-break, but Dynamo have already grabbed luck by the tail. There was a beautiful rally of the first ball, fought for a long time, we took, further – block "Dynamo" is working, and we have – error in second gear and already 2:4 in favor of the Leningrad region. Our – resist, our first pace works, but where is our block? Dynamo have serve out and score 4:6. In the middle of the set, the score is almost equal – 15:16, but Zvezda – feed net, and Dynamo's setter throws off the ball and score -15:17. And when counting 16:19 сургутяне не разобрались, тайм-аут берёт тренер «Звезды». И опять у нас проблемы на второй передаче и уже второй тайм-аут хозяев площадки. Надо догонять, we attack, go out again, but our block is working on the Dynamo attack. In ours - replacement, Alexander Oleinikov comes out, but the failure at the Dynamo-LO-2 discount and – 22:10. So – наша подача в сеть и это разгром. Три очка отыграть в концовке сета суперсложно. And then there's the Dimamo ace and – matchball. Ours win back two goals, but this – all. No miracle happened. Dynamo coach's time-out on serving captain surgutyan. 21 Dynamo's number is attacking – and the first defeat at Zvezda-Ugra in the home round. 1-3.

На этой минорной ноте закончилась игра и домашний тур. Дальше предстоит разбор полётов, from which our team needs to learn an objective lesson – there are no weak teams in the youth league and we need to prepare for the next round, already in the new year with our neighbors - the team "University" from Nizhnevartovsk.