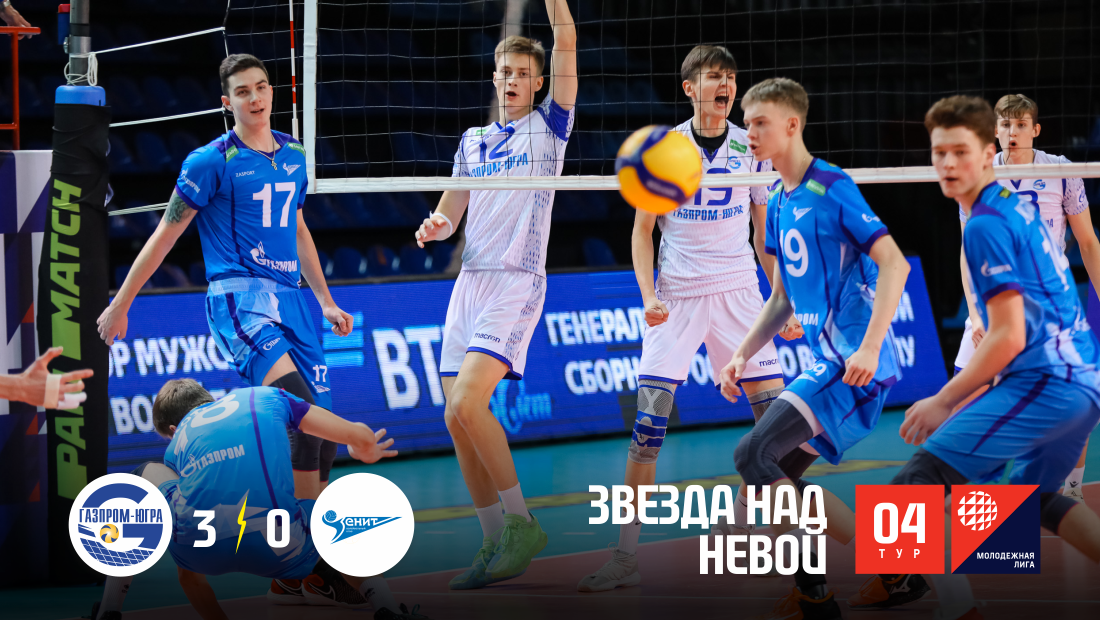 Star over the Neva

We start the game with Zenit-2 from the banks of the Neva – and the first, traditional ace of Maxim Kirillov, then, attack from St. Petersburg on top of our block out and on the scoreboard – 2:0, we took the score. Our libero is working on the Zenit attack, and the captain – Pavel Stradomsky does not give St. Petersburg residents a chance with a retaliatory attack - 4:1. When counting 7:5 the block of "Ugra" is working and again our block on the attack of "Zenith" is impenetrable – 8:5 on the board. When counting 9:6 ours have successfully blocked the roll ball discount, further – ace Tebenikhin, the first pace works – Bessogonov hammers in the ball. And with a double advantage in the score of "Yugra Stars", timeout forced to take the coach of St. Petersburg – score 12:6. But even after the break at Zenit, the serve goes out, and we have – challenge ball and Skvortsov's attack - 14:7. And beyond ours it was already impossible to stop, true, Zenit helped us with both serves and attacks out-of-bounds. Stradomsky prepares an ace and an invoice already 19:11. Petrograd feed, good finishing of our libero, pass and Ivan Skvortsov with an attack in the line increases the score 21:13. And already the second time-out of "Zenith-2". This is followed by a beautiful attack performed by Danil Voronchikhin. When counting 23:14 our first pace works, setball – and the first set is behind us 25:14.

Second batch, we are leading after the attack of Ivan Skvortsov. Then the game leveled off – 7:7, but the joy of "Zenith" did not last long – две их подачи в аут не дают насладиться равной игрой и вот уже – 14:11 in favor of Surgutyans. In the middle of the set, again the attack of the Petersburgers over the block out-of-bounds and the timeout by Tatyana Obraztsova - 17:13. When counting 21:16 – beautiful attack Voronchikhin and the second time-out at Zenit-2. So – ace Skvortsova and on the setball the player of the opposing team could not dodge the ball flying out-of-bounds and our second victory in today's game - 25:16.

Third set and equal score - 3:3, but further – out on Zenit serve, ace Bessogonova and when counting 7:3 time out of St. Petersburg. Zvezda has a Tebenikhin-Kirillov block, So – Max Kirillov's discount, we have already missed, our captain's attack on the ball - 11:4. Zenit resists, and ours relaxed and as a result – two aces 4 numbers of "Zenith" Tikhonov Timofey. But by the middle of the set we come with a score 15:11. And then again a series of mistakes, although our first pace is working, but block and counting does not work 19:16. And Zvezda's coach Andrey Chirkov is already taking a time-out. The coaching instructions did not go unnoticed by our guys, block started, attack out-of-bounds at Zenit, yet again, helped us, attack with Tebenikhin's first tempo and score -23:16. Zenit-2 feeds into the network and attacks out-of-bounds on matchball, score - 25:18, by lots 3-0 and the third victory of "Ugra Stars" in the home round. Hurrah.