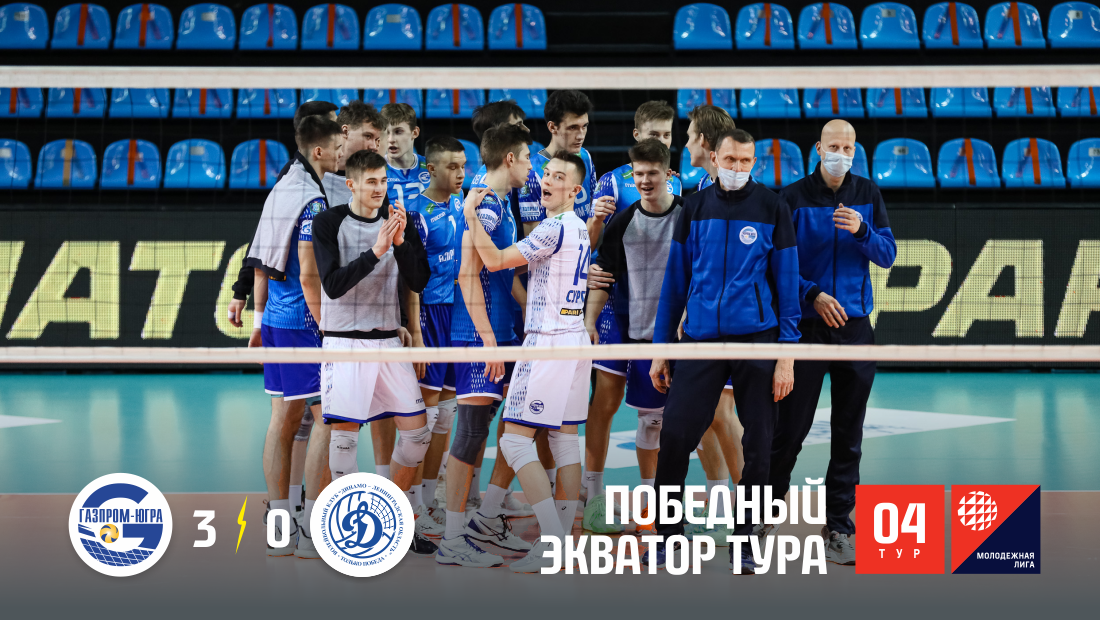 Victory equator of the round

And the second game day of the home tour is behind us. Today at the "Star of Ugra" – victorious game with the youth team "Dynamo-LO" from Sosnovy Bor.

Already in the first game, the difference in the quality of volleyball between Surgut and Sosnovoborts became visible. Yes, both teams made a lot of mistakes, but ours just fixed them faster.

Dynamo started the game by filing into the network, but further on there were a lot of marriage, moreover, both teams. Zvezda's ball flew anywhere seven times, just not in the clearing. But, all the same, Dynamo-LO-2 could not oppose our block and our attacks.

At the beginning of the game – Dynamo attack on top of the block in touch and score - 4:1. And our 2 number, reliable as always, his powerful attack in the first zone – and the account - 5:3 in favor of Surgutyans. Further – poor-quality finishing and binding of the Leningrad region got into the grid and on the scoreboard 6:3, ahead – "Star of Yugra". In the middle of the set, ours attack, Dynamo block, but the ball falls through on the side of the pine fighters – 10:7. And by the middle of the set we come with a score 19:13 and the first time-out at Dynamo-LO-2. At the end of the set, serving - our captain. Strong serving, Dynamo can't cope, bad and debugging and attack. Then, in our – beautiful ace and Dynamo stopped resisting. Further, on setball – Ivan Skvortsov's single block closes the Dynamo attack and the first set is behind us - 25:16.

In the second game, the nature of the game has not changed. Our block weakened the attack of the Leningrad Region team, and Pavel Vakhmyanin finished the combination with a beautiful blow, score 4:2. Dynamo's lack of a block in many episodes and Zvezda's strong attacks led already in the first part of the set to an advantage in 5 points - 10:5. Then there is confusion at the reception "Dynamo-LO-2" and an unprepared attack – out. And the "Zvezda" attack at the first rate of Bessogonov, then 2 Eisa Stradomsky and the coach of Dynamo take the second half- taut. But the captain of the Ugra residents did not manage to shoot down the sight, he gave out two more beautiful aces and already the star advantage 11 points - 16:5.

Our block is working on the Dynamo attack: Tebenikhin-Kirillov and the account is already - 18:7. The coach of the Surgut team gives rest to the players of the starting lineup. On the site Rimal Ganiev and Alexander Sappo. And Dynamo again has an attack over the block out, and we have a block: Ganiev-Tebenikhin and account - 21:8, Sappo attack - and already on the scoreboard 22:10, So, we didn't win, but lost to Dynamo -23:12, feeding pine fighters to the network - 24:12, their attack on our feed to the network and 25:13 – second batch score.

And in the third set there was no turning point in the game. Apparently, Dynamo still have nothing to oppose to the game of the Surgutyan team. Our – opened an account after Vakhmyanin's block -1:0. Further – out-of-bounds for pine fighters, attack in out, and we have – attacks in line Stradomsky, block on the attack of Dynamo puts Tebenikhin, score - 6:2. Then Zvezda relaxed a little and by the middle of the game – scoreboard with margin, only, one point 12:11, but it works in tandem: Kirillov – Bessogonov and attack at the first pace.

Guests attack, wherein, Dynamo has the ball stubbornly flying out-of-bounds on serve. Score - 18:14 in the middle of the set. We increase the score with an effective attack by Ivan Skvortsov and two aces by Maxim Kirillov – 21:15. Further – ours did not understand under the net, and Dynamo has a substitute for the serve, score – 22:16. And again an attack out of the team of the Leningrad region, and then serve out. The matchball between Surgutyan and Bessogonov by ace puts an end to this game 25:17. 3-0 - victory of "Ugra Stars".

Tomorrow game with Zenit-2. We'll see, what did St. Petersburg residents prepare for us in the return game.